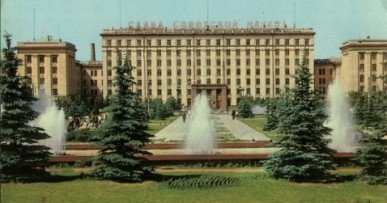 October 31, 1990 by the Order of the State Committee of the USSR for Public Education the Chelyabinsk Polytechnic Institute n.a. Lenin’s Komsomol was renamed as the Chelyabinsk State Technical University (CSTU).

Prior to the perestroika, the Ministry of Education provided substantial financial support to that part of the higher school that trained specialists for the defense complex. But with the beginning of Gorbachev’s reforms, the structure of the economy began to change dramatically, the universities had to learn to live in the conditions of the emerging market. There was a need for humanitarian specialists: financiers, accountants, economists, lawyers, linguists, historians, psychologists. Technical universities then realized the necessity for fundamental training of specialists in the field of science and raising the cultural level of students.

The transformation of the CPI into a state university, developing in accordance with the modern concept of technical education, gave a rise to the organization of new faculties and areas for training of specialists. The renovated university had to face the following tasks: 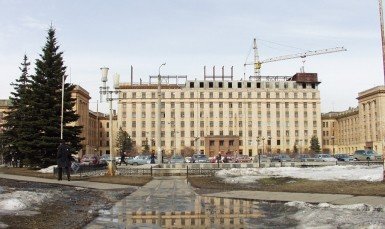 April 13, 1992, the Faculty of Economics and Management was established. Professor Alexander Kuzmich Tashchev, Doctor of Economics, was the first dean.

In the same year, 1992, the International Faculty appeared, headed by the dean of the Doctor of Economics, professor Vladimir Petrovich Gorshenin.

1992 – The Civil Engineering Faculty (founded February 2, 1952) was renamed as the Architectural and Construction Faculty. The dean of the faculty (since 1986) - Vladimir V. Vasilievich Spasibozhko, cand.tech.sc., professor. In 1993, the Social and Humanitarian Faculty was opened, the dean of which became the Doctor of historical sciences, professor, head of the History of CPSU department, Maya Nikolayevna Evlanova. Since 1998, Doctor of Historical Sciences, professor, head of History department, Viktor Balakin became the dean of the faculty. In the same year the department of global network technologies and the department of international relations were formed.

July 1, 1995 - the military department, which had existed since 1944, had been transformed into the Military Training Faculty.

In 1996, the Faculty of Psychology was the first established faculty in the history of education in the Southern Urals, the dean - doctor of pedagogical sciences, professor N.A. Baturin.

1996 - Faculty of Applied Mathematics and Physics, Dean - Doctor of Chemical Sciences, professor Yury Gennadievich Izmailov, had been acting as Vice-Rector for Academic Affairs since 1997.

1997 - the opening of the Educational and Sports Complex. June 10, 1997 was the first meeting of the commission for the construction of the main building of the university. In the fifties a project had already been developed, according to which the building of the Chelyabinsk Institute would repeat the design of the Moscow State University. But the construction was stopped by Nikita Khrushchev, who considered such project as architectural extravagance. After several decades, Herman Platonovich Vyatkin, being the rector of the university, found an old photo of the project in the newspaper and decided to implement this idea. So the construction of the main building began. For the next four years two more floors, a tower and a spire were being built. The project was carried out by specialists of the “Chelyabinskgrazhdanproekt” Institute. Today SUSU takes the second place in the list of the highest buildings in Chelyabinsk. It has a roof height of 86 m.

In 2003, copper sculptures Prometheus (he bears the fire of knowledge) and the goddess of Victory, Nicky with a wreath of fame were mounted on the top of the main building’s roof. The figures perform a single sculptural composition with a student monument, who meets everyone at the entrance of the main building. The author of this sculptural composition is the National Artist of Russia Vardkes Haykovich Avakyan.

By the Order of the Ministry of General and Professional Education of the Russian Federation No. 2307 d.d. November 18, 1997, CSTU was renamed as the South Ural State University.