A dominant name and impeccable reputation, successful graduates, strong teaching staff, high ratings by employers, in-demand specialists – all of these are factors a university needs. In the South Ural region, all of these requirements are met by South Ural State University. SUSU is realizing a unique academic concept for improving the competitiveness of their students, implementing a system of elite training for students, and has a head start over any university in the country in terms of numbers of specializations. We will present bullet points of the main advantages of studying at SUSU in particular.

This variation among the areas of education is not offered by any other university in Russia. Today, SUSU offers 240 bachelor’s programs, 150 master’s programs, 24 specialist programs, and 26 areas for postgraduate education. Students can find themselves in any area from humanitarian fields to rocket engineering.

The thing applicants value most is that South Ural State University is focused on cooperating with the final link – employers. The university became the first place in the country where a center for graduate employment assistance was created. Such experience makes it possible to train specialists according to the real requirements of the largest businesses. SUSU bachelor’s students gain a great theoretical base and work experience in manufacturing by completing special courses at the largest holdings and industrial giants while still studying. Businesses in Moscow, Saint Petersburg, Kaliningrad, Severodvinsk, Novosibirsk, and other cities are interested in creating a relationship with the Chelyabinsk academic space and gaining highly qualified staff.

The university is also developing and broadening the technologies of distance education, creating freedom with its individual academic trajectory. Students have the power to plan their own time and study the disciplines they need at the time comfortable for them. In-depth language study with the Cambridge University Press techniques gives South Ural State University graduates a fluent level of English speaking and increases his competitiveness with other young specialists. 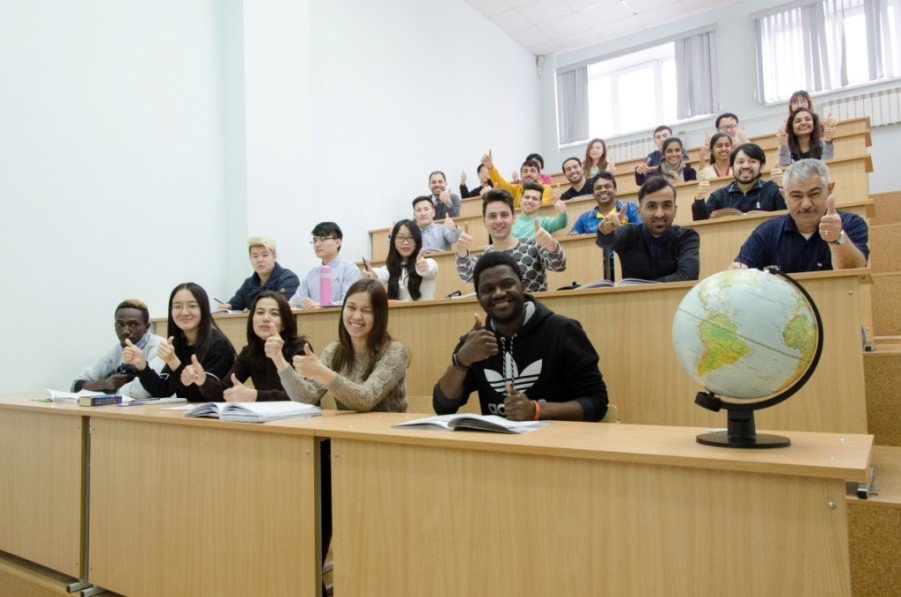 The Elite Training Zone is a project for those students who come to the university with high potential and serious intellectual enquiries. So that this category of students doesn’t lose their academic pace, SUSU has created a super-system. Participants of the program of special training study their main courses and absorb additional courses, among them, international languages. Beginning from the second year of education, the “elite students” listen to lectures by professors from Great Britain, America, France, and Germany in real time.

Leading researchers from around the world are brought in to held courses. At the same time, the university opens up unbelievable horizons and immerses the student in an international scientific environment. In 2016, around 20 researchers visited Chelyabinsk, offering courses in social disciplines, medicine, IT, and more. Specialists from Harvard, the University of Melbourne, and other leading universities in the QS top 100 have visited SUSU.

Skilled students can study in the elite system within the main academic programs, or during additional training. These students complete courses for personal growth, time management, communication skills, and teamwork. The school of young innovators has been opened within the existing business incubator at SUSU. Teams of young people form at the university, developing innovative projects and introducing their know-how to the labor market. One of successful examples is the experience of the university graduate Aleksey Zakharov. The Chelyabinsk resident is one of the cofounders of the Lyft corporation, the largest American IT company. The South Ural region student created this unique, innovative product during his education at the university. He then received financial support from the Umnik program, and finally sold his work to the largest IT business in the world, becoming its cofounder. 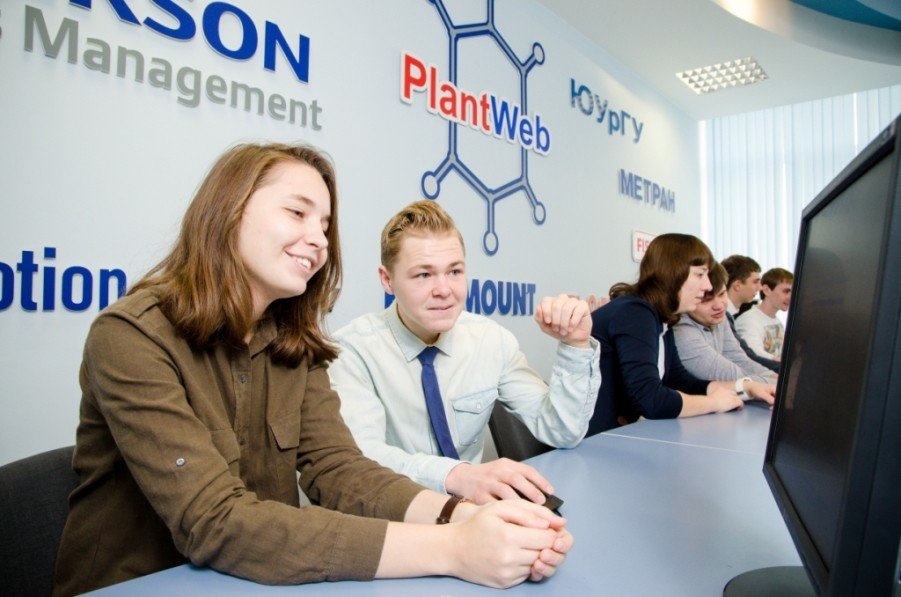 SUSU students can kill two birds with one stone. Having completed their education at the university, it’s easy to gain additional qualifications in a second specialization. Students have the chance to enter the dual degree program. Right now, SUSU is working with six international universities in this format. For example, translator in professional communications. Receiving this kind of additional degree, students gain a competitive advantage. Students can solidify their knowledge in practical training at any of the international partner-universities.

In 2010, SUSU became a national research university, and in 2015, it became one of the top Russian universities which were chosen for Project 5-100. Within this program’s realization, substantial efforts are being made to increase the quality of education to meet the requirements of the international labor market. To enable the competitiveness of graduates within the country and in the international arena, the university is implementing new academic techniques.

One of the interesting projects is related to practically-oriented and project training. While studying, future specialists receive practical knowledge, focusing not on abstract requirements, but on real employer projects. The university bridges the gap between theory and practice in which university graduates are not suitable for solving concrete tasks. SUSU graduates are specialists who are able to introduce themselves in to the manufacturing process in any capacity within their skill set.

Finally, we will note that higher education is that which remains after a person has forgotten everything they learned at their alma mater. This means the ability to work with information in new conditions, follow the demands of modern reality. This is why people bet on SUSU, one of the largest universities in the country. There must be an appropriate infrastructure at a university. At SUSU, this infrastructure is the student campus. One of the university’s dormitories celebrated its anniversary at the end of March. The student campus has a particular model. Each person who lives there does not just come to the dormitories to sleep in their rooms, they participate in the active university life, in various social and humanitarian projects, train in sports, and participate in volunteer movements. Much work is done with international students. The staff of the student campus must study English to avoid language barriers.

“The South Ural State University student campus is the largest and one of the best residential, cultural, and sport complexes in Russia. The territory of the student campus, in the very center of the city, contains eight dormitories, and everything necessary for comfortable living: cafeterias, salons, grocery stores, cafes, and much more. Nearby there is a large forested area – the Gagarin Park for Rest and Recreation, next to which the SUSU academic buildings, medical center, Olympic pool, and unique sport complex are located. All of this is a few steps away.” – Alexander Shestakov, Rector of South Ural State University.

A whole number of university events are aimed at supporting and developing creative young people. By the initiative of SUSU, the Vmeste (Together) International Creative Festival is held within the region. Qualifying rounds are held to search for talented people in seven territories of the Chelyabinsk region. The most skilled perform at a gala concert at the university.

“After enrolling at the university, children realize their creative potential in more than 35 student groups at SUSU. Among them are the well-known (even outside of our country’s borders) Mannequin Theatre Studio, a Ballroom Dancing Group, the Primavera Choir, the Deep Vision Modern Dance Group, the Folk-ton Music Theatre, and more. All of these groups have won international, Russian, regional, oblast, and city festivals and contests.” – Alexander Shestakov, Rector of South Ural State University. 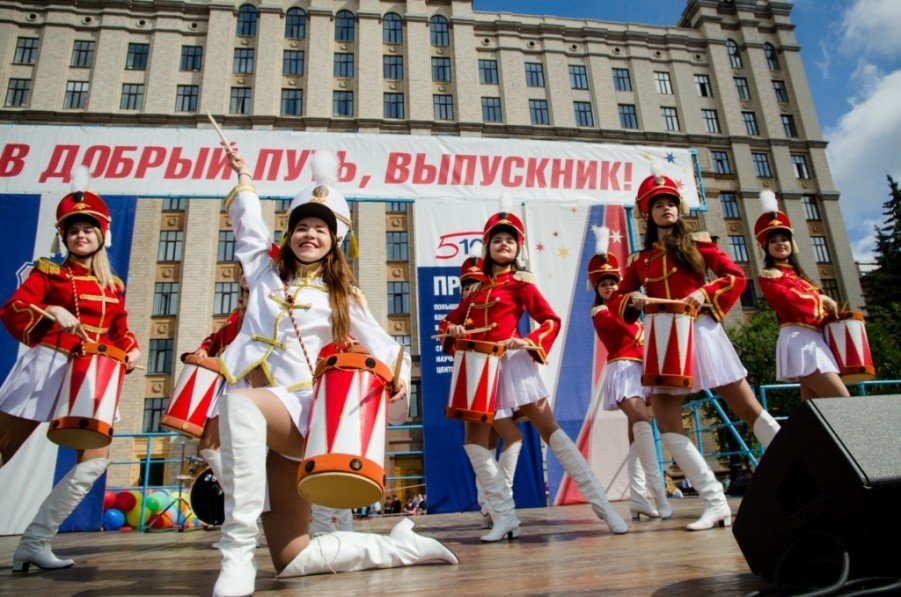