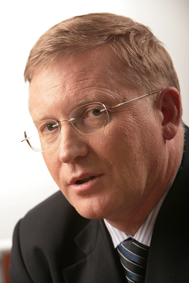 Since its foundation, SUSU has been focusing its research on solving national problems. SUSU scientists have gained wide experience in addressing the issue of energy efficiency, implementing high technology, monitoring energy consumption, and developing major Ural industries such as mechanical engineering, metallurgy, and defence industry. The University leads the development of management systems for energy efficiency in the region.

The SUSU innovation potential is due to the integration of SUSU scientists with major engineering corporations of Russia and the Urals. This creates opportunities for significant investments and further development and innovation in the Russian economy.

SUSU focuses its research on four major areas of knowledge (see the image below), in particular, four interdisciplinary research projects. These projects will trigger a rise in publications and R&D funding in 2016-2020:

One of the breakthrough projects of SUSU concerns asteroid defence. Today, the threats from space have become a global issue, especially after the Chelyabinsk meteor. SUSU is engaged in developing space vehicles which can influence asteroid orbit and prevent the collision with the Earth. The research is based on the unique developments of SUSU in the field of aerospace engineering and is conducted in cooperation with Academician V.P.Makeyev State Rocket Centre, the leading missile design company in Russia. Due to the importance and high relevance of the issue, SUSU is planning to cooperate with the leading Russian and international aerospace companies, including TsNIIMash, Khristianovich Institute of Theoretical and Applied Mechanics, CNSA, ESA, and NASA.

The development of aerodynamics and supercomputer modeling of aerodynamics is one of the research priority areas at SUSU. These days, Russian aerospace engineers do not use modeling, preferring a great number of pilot experiments. This, in turn, increases the cost of development and the time it takes to develop a new rocket/missile, and also leads to a big number of unsuccessful tests, which negatively influences the image of the industry. Supercomputer modeling will trigger the new development of the industry and will make SUSU one of the key players in the field of aerospace engineering. The University will be actively engaged in promoting the new modeling technologies and will take part in the most notable industrial events. Furthermore, SUSU will offer courses on aerospace modeling. The University’s revenue is estimated to be around 100 million rubles per year.

SUSU has wide experience in the field of mechanical engineering and the design and development of diesel engines and the MEMS. The SUSU developments are highly demanded among the leading Russian mechanical engineering companies (KAMAZ, AvtoVAZ, Uralvagonzavod, Automobile Plant “URAL”, Kurganmashzavod, etc. In 2014, the University tripled the number of its projects in the industry’s interests and equaled 500 million rubles.

One of the most important research projects of the University in the field of natural sciences concerns materials science. SUSU is working on the development of alternative energy sources, including the materials for solar panels (photosensitizer) which increase the efficiency and reduce the energy costs. The research in this field is highly popular, with more than 600 papers published annually. In cooperation with the leading research partners (University of St Andrews, Imperial College London), the projects of SUSU researchers have made significant scientific and practical contributions to the field. The possible users of SUSU developments include Oxford Photovoltaics, Dyesol, Exeger Sweden AB, 3GSolar Photovoltaics, and Fujikura.

Photosensitizers is one of the research projects at SUSU in the field of materials science. Apart from them, the University studies additive technology for composite materials (3D printing), sorbents, metal-oxide monocrystals and other materials, highly demanded on the market. Using supercomputer modeling of material properties is one of SUSU advantages which distinguishes the University from the others.

The University’s research is funded by Russian and international grants. SUSU aims at attracting more international investments and grants.

Another breakthrough project at SUSU, namely, Intellectual Data Analysis focuses on the management of big data, The research results in this field of supercomputing present significant importance to the industry, where advanced computations are made.

In the field of Human Sciences, SUSU focuses on the study of emotional stress and its development at the molecular level. Due to the wide spread of chronic stress and the absence of its effective treatment, SUSU research presents significant interest. Despite the recent start of the research, SUSU publications on the topic have already appeared in a number of established journals; the University has also established important partnerships in the field. The stress project is multidisciplinary; it requires cooperation of psychologists, biologists, and specialists in the field of engineering. Supercomputer specialists will join the further studies for the intellectual analysis of big data. The University cooperates with Harvard Medical School, Leiden University, Edinburgh University, and New York University.

The SUSU team has made a significant breakthrough in the field of stress: a unique discovery of the mechanism of drug resistance under PTSD due to the liver microsomal oxidation. The findings can become the basis for the new PTSD treatment, including:

The findings will be at the core of the future patent innovations.

SUSU is planning to establish a new research center that will focus on the study of stress. The center is worth 30 million rubles of initial investment, in addition to the annual expenditure of 25 million rubles on attracting international scientists. In 2018-2019, the center will start self-financing due to Russian and international grants and commercial projects.