A new stage in the development of the University begins with the opening of new faculties and departments.

On October 23, 2002 - Institute of Open and Distance Education was established at SUSU, and on August 17, 2004 – Institute of Supplementary Education. In 2006, the Regional Center for Student Employment Promotion was established.

On October 26, 2006, the non-profit partnership "Technopark SUSU-Polet" began its work.

On January 17, 2008, the first Prime Minister of the Government of Russia D.A. Medvedev paid a working visit to SUSU. The groups have repeatedly become laureates of international, all-Russian, regional, and city festivals and competitions. The annual festival of student creativity "SUSU Spring" finds huge resonance in the cultural and social life not only in Chelyabinsk and Russia, but also abroad.

For more than 30 years, the student philharmonia has been functioning at SUSU, which organizes concerts of the best performers of Russia and foreign countries. The stage of SUSU Assembly Hall held concerts of the outstanding groups of Russia and foreign countries. Fans of Russian rock should be pleased with the fact that the legendary group "Kino" called the students of ChPI for changes. Also People's Artist of the USSR Leonid Utyosov, the performer of all favorite romances ("Odessit Mishka" and hundreds of others), starring in the first music clip in the world and the USSR, also appeared on the stage. World-famous Italian singer Robertino Loretti, while on tour in Chelyabinsk, performed only in SUSU, despite the variety of good concert venues in the city. Development of international education at the University began with the opening of The Open University Business School of Great Britain at the International Faculty (Dean V.P. Gorshenin). At the moment, the following programs of the Open University of Great Britain are being implemented at the faculty: "MBA Strategy", "Management in Action", "Professional Management Certificate", and "Bachelor of Business Administration".

In 2010, Institute for International Education was established in SUSU.

The key training areas at the Institute for International Education are:

Education in Russian and English for 1.5 to 2 years allows Master's students to study one or two semesters at Clark University, to complete their professional internship there.

The Department of Professional Translation and Documents functions at SUSU, where the translation of the Diploma of higher education Supplement on the European model into a foreign language is carried out. Such diploma is accepted by all universities of the United States and recognized by all universities in Europe. The Department also translates research papers and articles for international conferences and journals. For 37 years, the Scientific Production Institute "Educational Equipment and Technology" has been operating at SUSU. During this time, the Institute has become a leader in the development, production and supply of high-tech educational equipment for universities, colleges, technical schools, lyceum schools of Russia and the CIS countries. The Institute is headed by Professor, Ph.D. in Technical Sciences Georgy Illarionovich Kalyagin. On the basis of the educational materials of the Institute, in the framework of the national project "Education", 25 resource centers have been established on the basis of SUSU in the basic areas of vocational training, as well as the research production complex "The Russian Education Industry".

Each year, 30-40 samples of innovative products are created here that can compete on the global educational market of intellectual labour. 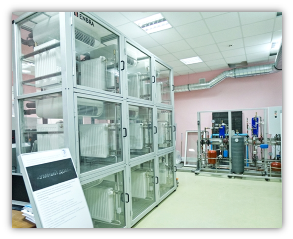 The Institute has developed about 3,000 laboratories and their modifications, including more than 1000 high-tech ones (booths, emulators, modules of training equipment, etc.), so far. Every year, the Institute carries out about 500-600 deliveries of its products to various educational institutions.

In 2007, SUSU was involved in the implementation of the nation-wide project "Education". Two years later, on a competitive basis, the university received a federal grant for the implementation of the innovative educational program "Energy and Resource-Saving Technologies". In 2008, the University got a grand prix in the competition for innovative solutions and was recognized as the best among the universities participating in the national project "Education" in the field of logistic and maintenance support of educational institutions.

In the framework of the "Education" project, the Supercomputer Modeling Laboratory (headed by Leonid Borisovich Sokolinsky), the research and educational centers "Nanotechnology" (headed by Vyacheslav Viktorovich Avdin) and "Mechanical Engineering" (headed by Ramil Agzamovich Zakirov), the Center for collective use in energy and energy efficiency were created. In April 2010, SUSU became one of 15 universities in Russia, which were awarded the status of "National Research University". From this moment, a new period in SUSU development has begun in more severe competition conditions of rankings, globalization, market relations in the sphere of intellectual services. In the framework of the NRU, the supercomputer center and the REC "Nanotechnologies" were additionally equipped, and the REC "Mechanical Engineering" was refined.

In the framework of the National Research University, new research and educational centers and laboratories were established at SUSU:

These are the largest, key centers. In total, there are 40 research and educational centers and laboratories at SUSU. Research and educational centers are designed to solve complex problems:

1. Implementation of scientific research at a global scale. For this purpose, unique long term operation equipment was bought, which allows carrying out innovative developments. This equipment is in a single copy not only in Russia, but also abroad;

As a result, the university priority development fields were identified: 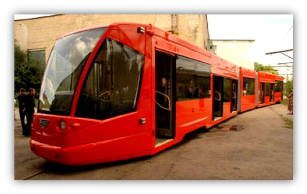 By the Government decree No. 218 ("On Measures of State Support for Cooperation of Russian Higher Education Institutions and Organizations for the Implementation of Complex Projects in High-Tech Production" dated April 9, 2012), SUSU together with FSUE Plant "Pribor" designed an intelligent automated technological complex of buildings heat and energy systems control.

In the course of the project implementation, the following projects were developed:

The demand for these developments is determined by the fact that their implementation will reduce the total annual consumption of heat energy to 30%, and will also automatically provide reliable information on heat energy consumption for heat generation planning and market regulation. 1. In cooperation with JSC "Chelyabinsk Radio Plant "Polet" it is planned to develop software and hardware for landing aircraft of civil aviation under unfavorable meteorological conditions.

2. In 2013-2015, REC "Experimental Mechanics" was involved in implementation of research and development work on the comprehensive project "Creation of high-tech manufacturing of a model range of energy-efficient low-floor tramcars of modular design" in cooperation with the branch of Khrunichev State Research and Production Space Center the Federal State Unitary Enterprise S. M. Kirov Ust-Katav Carriage Works"

3. Cooperation with JSC "Special Design Bureau "Turbina" in the fields of  development of energy-efficient micro-gas turbine units (MSTU). The unique installation is designed to meet the needs of enterprises of fuel and energy complex, construction, manufacturing industry in autonomous energy-conserving sources of energy saving. For these works Instrumentation Engineering, Mechanical and technological, Energy, Aerospace faculties of SUSU are involved. 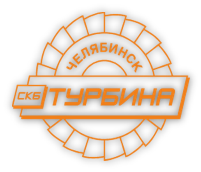 An important milestone in the modern history of the University is the execution of a triple agreement between SUSU, the Russian company for measurement equipment production "Metran" and the American company "Emerson". Emerson specialists investigated the market of China, Southeast Asia, India and Eastern Europe in search of a place to establish an engineering center and chose the laboratories of South Ural State University.

In accordance with this agreement, the Engineering Center was set up in Chelyabinsk to develop new measurement equipment to sell in the world market.

By now, SUSU has conducted more than 20 research projects commissioned by "Emerson". The company supports grants for scientific research of students and PhD students of SUSU and hires them. The next step in enhancing cooperation is the University participation in a research project related to the oil and gas fields’ development in isolated northern regions. By 2015, it was planned to open a new modern office and manufacturing complex "Emerson" - a factory for "smart" equipment production, which produces intelligent sensors for pressure, flow, temperature, metrological equipment, communicators, etc.

In February 2013, Institute of Sports, Tourism and Service was established, which included the Faculty of Physical Culture and Sports, the Faculty of Service and Tourism, and the Sports and Training Centre. The Sports and Training Centre includes a sports complex, a swimming pool, educational buildings, about 15 gyms, an athletics arena, a gym, a swimming school for children and young people. The Institute ensures implementation of research and methodological training of top-qualification academic staff.

One of the key departments of the Institute is the Center for Urgent Assessment of the Human Well-Being. Research and practice monitoring of the human well-being under extreme physical exertion at the level of the world leading scientific centers, work-out sessions modeling and forecasting of sports performance is carried out in the laboratory.

The laboratory has unique equipment that helps to determine the vestibular, neuromuscular and psychophysiological human tolerance, blood state, locomotor apparatus, the analysis of the body composition, and the violation of health, and diseases. At the Center, SUSU students and staff can assess their health, get recommendations for further treatment, and consult a dietician. SUSU has an effective system of graduate employment, including the organization of student internships during their studies at the University and support of career growth of young specialists after graduation from the University.

On the basis of the Division for Extra-Curricular activities and in cooperation with the Faculty of Psychology, the Consultative Center "SUSU TOP 500" was established, which issues rankings of the most successful SUSU students.

Today SUSU is a universal University: Nowadays, SUSU successfully meets the program indicators. The greatest results have been achieved in the research and in the development of scientific and technical potential. The volume of research and development work has dramatically increased. In 2012, SUSU received 99 patents for its own developments. The number of SUSU research articles has increased in the bibliographic databases of RINC (Russian Science Citation Index), "Scopus" and "Web of science".

Unique scientific and experimental equipment, highly professional academic staff and cooperation with enterprises of the real sector of economy make it possible for SUSU to hold the position of the regional innovation center.

1. To promote the development of research and education centers, laboratories and scientific schools at SUSU; to solve research problems in the real sector of economy and industry;

2. To raise the international level of the University development and take the leading position in the academic and scientific world.