Organic photovoltaics is one of the promising research areas in the field of alternative energy. Organic solar cells are simple in design and non-toxic; they have a short payback period and require minimum substrate amount. South Ural State University is working on the molecular design of photosensitizers for third-generation organic solar cells. The University is developing a comprehensive method for solar energy conversion based on the new dyes  designed with the use of  chalcogen-nitrogen heterocycles. The new molecular architecture enables to increase the photostability, light absorption, and conversion rate. By broadening the variety of organic semiconductors, the University is paving the way to the future of energy engineering, electronics, and photovoltaics. The designed materials will find their use in non-fuel energy engineering and nonmetal electronics.

However, the existing third-generation photovoltaic cells are energy-inefficient, with 12% conversion rate in lab tests. Such inefficiency is due to the low-level hole and electron conductivity and high recombination rate. South Ural State University is planning to develop third-generation solar cells to make them more energy- and cost-efficient by:

The project aims to achieve a breakthrough in alternative energy and improve the efficiency of solar cells, increasing the conversion rate to 15%, which is near to the  theoretical limit. 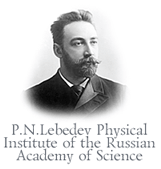