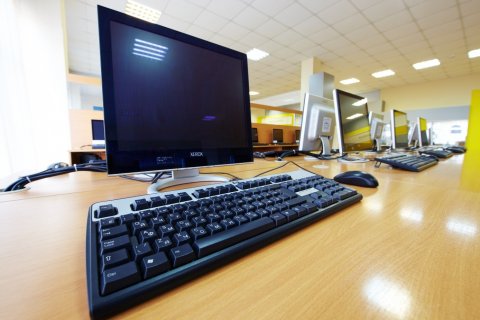 October 27 is the World Day for Audiovisual Heritage which is celebrated by all those people who preserve evidences of our history in audio and visual format.

To know your history is important as it helps to understand the past and in turn to understand your present. To preserve the evidences of the past people need museums which purpose is to collect, preserve, interpret, and display items of artistic, cultural, or scientific significance.

To say thank you to all those people taking care of audiovisual materials UNESCO established a special day - World Day for Audiovisual Heritage (WDAH). The World Day for Audiovisual Heritage is a commemoration of the adoption, in 1980 by the 21st General Conference, of the Recommendation for the Safeguarding and Preservation of Moving Images. The World Day provides an occasion to raise general awareness of the need to take urgent measures and to acknowledge the importance of audiovisual documents.

This year the theme of the World Day for Audiovisual Heritage is "Engage the Past Through Sound and Images".

Our collective histories are often captured on film, video, audio or digital formats, and through these, we engage to learn about the past and to share our own histories with future generations. Increasingly recordings serve as our memories and tell the stories that constitute our cultural heritage. In recognition of the preservation efforts of the thousands of archivists, librarians and caretakers around the world who care for these valuable collections, World Day for Audiovisual Heritage celebrates their dedication and expertise. Without the knowledge and devotion that is required to preserve, digitize and provide access, large portions of our cultural heritage would disappear to be lost forever.

SUSU is actively engaged in the preservation of our history. There are 5 different museums at South Ural State University - Arts Hall, Geological museum, Museum of Nationalities and Technology of the South Urals, SUSU Museum, The Russian Museum Branch.

There visitors can see rocks and minerals that represent the natural wealth of the Urals region, exhibits found in the South Urals by professors and students of the SUSU Faculty of History, artworks from Chelyabinsk Regional State Art Museum, Chelyabinsk Regional department of Union of Russian artists, "Gildiya masterov" creative union, and private collections.

Scientific library of SUSU is also a part of the departments that collect and preserve the history. The library has unique funds, including both modern scientific, educational, reference publications (domestic and foreign), and collections of rare books of the 19-20 centuries. The press funds complement millions of electronic documents - books, magazines, newspapers, video and audio. The library consists of 11 reading rooms, two halls of electronic resources, 4 subscriptions (Natural and Technical Sciences, Social and Human Sciences, fiction and a subscription for students of extramural form of education). The SUSU Scientific Library makes its contribution to the development of the university and supports university’s key areas with informational resources. The priority for the library, according to staff, is to support SUSU’s competitiveness in the global market of research and academic services.

Why do they keep different audio and video recordings? Audiovisual archives tell us stories about people’s lives and cultures from all over the world. They represent a priceless heritage which is an affirmation of our collective memory and a valuable source of knowledge since they reflect the cultural, social and linguistic diversity of our communities. They help us grow and comprehend the world we all share. Conserving this heritage and ensuring it remains accessible to the public and future generations is a vital goal for all memory institutions as well as the public at large.

“The Audiovisual Collection is a part of the library's core fund, there are 2,596 CDs and audio cassettes. These materials were purchased for learning process assistance and leisure time of users. The most number of materials were purchased at the end of the 90s - early 2000s when one of the largest media libraries in the region was created. The main part of the collection is interactive self-learning course of foreign languages, like Serbian, Dutch, Korean, Finnish, Swedish, Japanese, Chinese, Spanish, English, German, French, Italian and many others, language dictionaries, including the oldest English-language universal encyclopedia "Britannica". In addition there are electronic statistical collections of the Federal State Statistics Service (Rosstat), collections of popular scientific audiobooks, audiobooks of classical and modern fiction for children and adults in Russian and in the original and video performances,” said the Director of SUSU Research Library Svetlana Smolina.