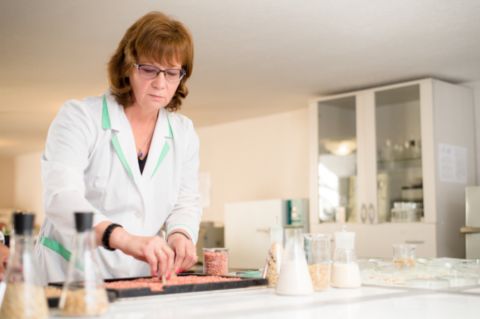 Among the participants of an important-for-science event held November 8th through November 10th – an online conference on the problems of sonochemistry – have been scientists from South Ural State University (SUSU). They have presented the results of their research before more than 150 of their foreign colleagues.

The ESS-JSS-AOSS 1st Joint Sonochemistry Conference (online) has been held at the platform of the University of Melbourne, Australia, with the active participation of Professor Muthupandian Ashokkumar, and for the first time, it has united three sonochemistry scientific schools at once: European, Asia-Pacific, and Japanese schools. The majority of the plenary reports was dedicated to the results of fundamental research, which once again proved that the effects from ultrasound can be considered as tools with a wide range of potential use.

Doctor of Sciences (Engineering), Professor of the SUSU School of Medical Biology Irina Potoroko presented her report on the "Stimulation of AOA and γ-aminobutyric Acid Synthesis in Germinated Wheat Grain Triticum aestivum L. by Ultrasound: Increasing the Nutritional Value of the Product". The announced results prove high effectiveness of using the cavitation effect of ultrasound as applied to biological objects. This allows to enrich the nutrition systems with bioactive neuromediators, which can regulate and reduce the feeling of anxiety, what is especially relevant in the context of a pandemic.

"Gamma-aminobutyric acid (GABA) present in the nutrition systems of mass-consumption products that we developed will ensure an effective prophylactic action on human body. The research studies at the cellular level have allowed to form an evidence base; after all, the main target are the cells in the human body," shared Doctor of Sciences (Engineering) Natalia Naumenko.

The researchers set a task before themselves to transmit the neuromediator with other food ingredients, and encapsulation helped do it. The SUSU achievements in this field were also presented in a joint report.

"We encapsulate bioactive substances, by using various approaches. Exposure to ultrasound allows for a more effective loading of substance into a delivery system. Today, the main idea is to create an encapsulating delivery system from a biodegradable material, that is, from food raw materials, which will start degrading after a set period of time passes and in a certain part of body, and will reach the systemic blood," explained Doctor of Sciences (Engineering) Irina Kalinina.

During the poster session, the developments of the international team of young scientists were presented. The team included SUSU research fellows and postgraduates (Ammar Kadi, Artem Malinin, Uday D. Bagale).

According to Irina Potoroko, now, her team has set a task to determine the growth points based on the information they heard in the delivered reports, and on the visual materials they saw at the poster sessions.

"More than 150 scientists have been listening to our report. After the conference we have become firmly convinced that we have taken the right path in our research. The main result of these past three days will be the intensive development of our fields. For instance, already now we can speak of the fact that biodegradable materials, like film materials, which we work with, can act as capsules for bioactive components, and at certain conditions, can purposefully deliver active components to target cells," summed up Irina Potoroko.

Since 2013, the research team guided by Irina Potoroko have been permanent participants of scientific conferences on sonochemistry, which has been proved to be a "green" technology.