Students from 58 Countries Study at SUSU: Why Does Our University Attract Them? 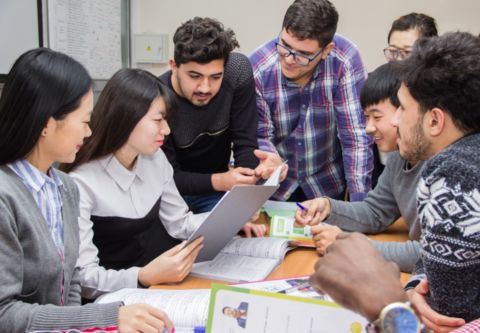 The popularity of South Ural State University among international applicants is growing every year. Despite the pandemic, the university has surpassed the admission of the previous year, 770 people from 40 countries have become students of the university.

The geography of the countries that the freshmen come from is extremely wide: Algeria, Bangladesh, Haiti, Ghana, Zimbabwe, India, Yemen, Cameroon, Canada, Cuba, Lebanon, USA, Sri Lanka, Ethiopia, and others. The majority of international students have come from Uzbekistan, Kazakhstan and China. The number of students enrolled from Egypt, Iraq and Syria has increased significantly. This year, 497 people have chosen Bachelor's and Specialist degree programmes, 258 students have chosen Master's degree programmes, and 15 young scientists have chosen postgraduate research activities at SUSU. In total, 2300 students from 58 countries of the world study at SUSU.

Chelyabinsk Is a Comfortable Place to Live and Study

SUSU is traditionally considered to be one of the strongest universities for training specialists in the field of Power Engineering, Information Technology, and Mechanics. In 2020, the Department of Computational Mechanics of the University and the Russian Federal Nuclear Centre have launched a joint project on "Mathematical Modelling of High-speed Processes in the Multicomponent Heterogeneous Environment". Every year, the university achieves higher results in the most prestigious international rankings, implementing innovation projects with leading foreign universities.

The Bachelor’s degree programmes in Economics, Mechatronics and Robotics, Infocommunication Technologies and Communication Systems, Electronic Engineering and Computer Science, Linguistics, Mechanical Engineering, and Power Engineering are in special demand with the students this new academic year.

A huge amount of work is being done to encourage international students to study at SUSU. The International Office is promoting online learning programmes for universities: for example, courses in English, Russian literature, which were successfully tested during the past semester and were popular with international students from China and Italy. Moreover, a positive image of Chelyabinsk as a comfortable place to live and study is being formed. The main advantage of teaching international students is an intercultural dialogue and exchange, since the formation of a good specialist in the field of international communications requires not only a high level of proficiency in a foreign language, but also discursive techniques and cultural knowledge.

“In fact, we are faced with the task of forming a “multilingual personality”, namely: to bring our graduates closer to the standards of a native speaker of English, Chinese and other languages and cultures. The role of direct communication and interaction with the representatives of other cultures cannot be overestimated here,” says Elena Yaroslavova, Director of the Institute of Linguistics and International Communications.

International students create an international climate on Campus, an atmosphere that among other things attracts Russian applicants to the university as well.

In general, international students come to obtain quality education and return to their homeland as highly qualified specialists. Often their salary depends on the fact that an employee with the knowledge of several languages is considered to be unique and highly appreciated by the employer.

SUSU graduates from other countries stay in touch, many of them go to the postgraduate programmes, or continue to cooperate having left for their homeland.

“Many students have wonderful memories of the city and the university. Each of them, even in their home country, "works" for Russia, Chelyabinsk and SUSU. For example, our graduate Lin Jing is currently working as an organizing translator at an exhibition centre in China. She always lovingly talks about the time spent in Chelyabinsk and about the potential of the university and the region," said Elena Yaroslavova.

For applicants from non-CIS countries, there is an opportunity to receive a scholarship from the Ministry of Education of the Russian Federation; in 2019, 46 students enrolled in SUSU using this option. In 2019-2020, the Centre for International Education of the Institute of Linguistics and International Communications received 183 people under academic mobility programs; mainly Bachelor’s degree students, most of whom were the citizens of the PRC, Kazakhstan, Italy, and Kyrgyzstan. Master's degree students enrolled in SUSU under Double Degree programs, the leading ones among these are being implemented in the framework of the majors in "Power Engineering", "Mechatronics and Robotics" (the programme on "Automation of Technological Processes in Oil and Gas"). Many students come to the preparatory courses in the Russian language (foundation air) in order to enrol in a Master's programme at SUSU. South Ural State University has established the ties with Heihe University and Shenyang Institute of Technology (PRC) in this field.

The most active exchange students come to study in the English-language programmes in the following fields: Power Engineering, Mechatronics, IT Technology, Linguistics, and International Relations.

“We can say for sure that our infrastructure is sufficiently developed, there are enough places, students are provided with a dormitory, and the number of English-language programmes is growing steadily,” said Elena Yaroslavova, Director of the Institute of Linguistics and International Communications. 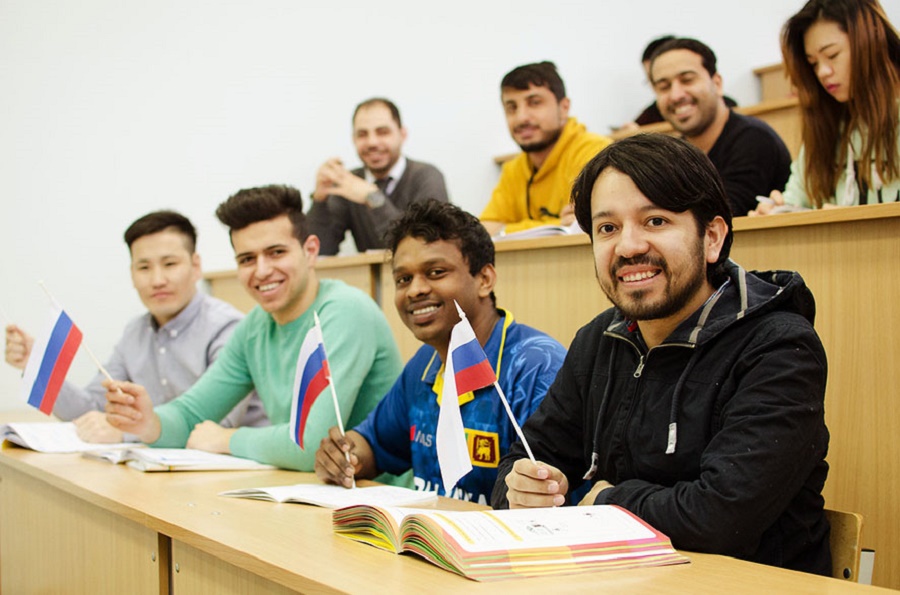 Activities of South Ural Association of International Students at SUSU

Since 2013, the Association of International Students (AIS) of the city of Chelyabinsk has been successfully operating on the basis of South Ural State University. The main tasks of the association are to help international students adapt, solve problems and issues related to education, accommodation and leisure, get acquainted with the peculiarities of the Russian culture, and update international friendship.

Since May 2018, the student organisation has expanded its range of interests and become the South Ural Association of International Students.

Among the association members are the SUSU international students who are happy to help new students. It has the representatives (students) of more than 30 countries and regions, each of whom represents the interests of their students. They have been living in Russia for several years and are obtaining their education at our university. Any student can ask them questions about the admission, education, living, and student life at SUSU.

Coming to the university, a foreign citizen becomes not just a student, but also the owner of an important life experience: s/he lives his/her student life from the admission to the graduation. It is important for such a student (later, a graduate) that his/her compatriots, who also want to obtain a Russian education, experience less difficulties in adaptation and studies, while obtaining a quality education in a reputable university. 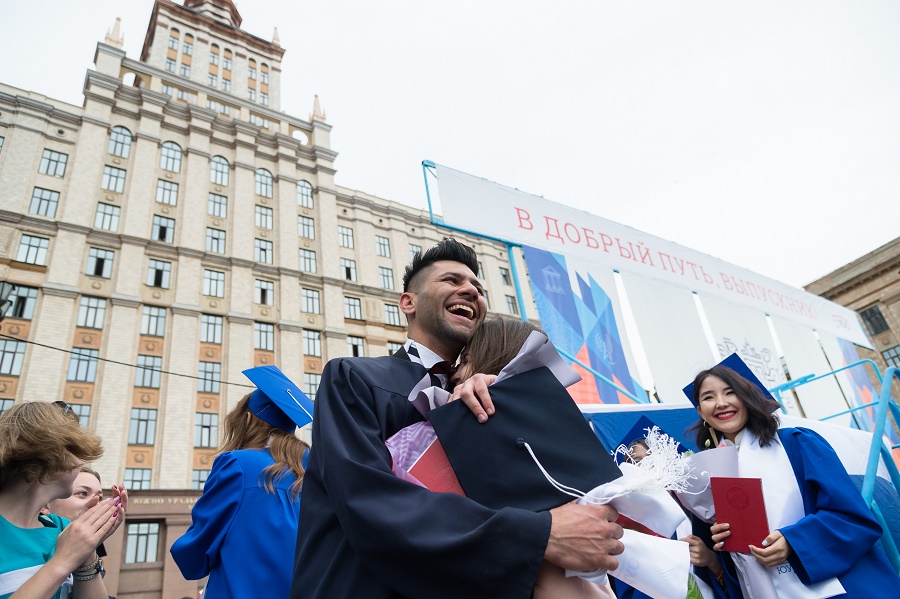