Scientists Reveal How Coordination Abilities Are Responsible for Sports Performance 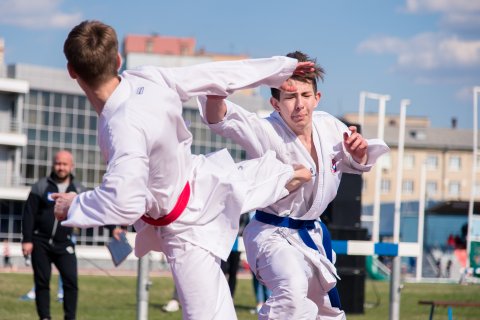 Any athlete needs good coordination abilities. The better they are, the less time it takes to train, the more accurately and efficiently the athlete performs tactical-technical actions. Scientists from South Ural State University conducted a study and found that athletes with motor asymmetry are easier to train and have a higher potential for sportsmanship. The study was published in the Journal of Physical Education and Sport.

The improvement of coordination abilities leads to a significant reduction in the time spent on training, therefore, many coaches of athletes involved in martial arts are interested in upper limbs motor symmetry or asymmetry (dichotomy), which affects the performance of technical actions with the right or left hand, as well as their effectiveness.

Thus, left-handers, with the proper training program, can increase the level in martial arts to a greater extent than right-handed or ambidextrous athletes.

The results of the research will significantly affect the training programs, help to create fundamentally new sets of exercises for faster and more effective training. Scientists came to the conclusion that at the initial stages of training in the presence of latent left-handedness or ambidexterity, it is preferable for athletes to do technical actions with the left hand.

“The analysis of motor coordination abilities at different levels of motor dichotomy  revealed that sports performance is determined by a high level of coordination of movements in ambidexterity, left-handedness and, to a lesser extent, in right-handedness. Thus, exercises aimed at strengthening left-handedness are improving the skill of athletes,” Alexander Eganov explained.

Scientists believe that if there is a choice, exercise should be preferred to form stable left-sided motor functional asymmetry. But left-handedness is beneficial to maintain and develop in left-handed and ambidextrous athletes, because right-handed athletes have less potential to develop this skill.

In the future, the scientists plan to continue the development of training methodology for directed influence on individual coordination abilities depending on hand representation in the athlete's coordination.

SUSU is a member of the 5-100 Project, which aims to increase the competitiveness of Russian universities among the world's leading research and educational centers.