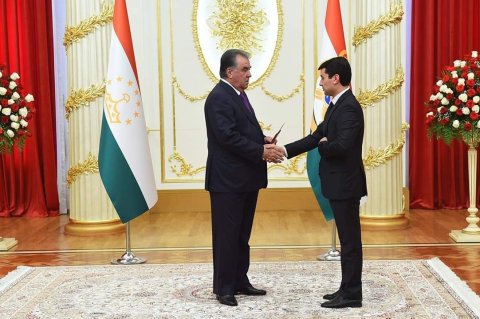 South Ural State University (SUSU) has long been a popular academic institution for many international students. Why do they choose SUSU in particular? How does the knowledge they obtain here help them build their career? Graduate of the SUSU postgraduate programme, awardee of the 2019 Ismoil Somoni* Award for Young Researchers (Tajikistan) Shahriyor Sadullozoda (Saidaliev) spoke to us on these topics.

– Why did you choose the SUSU postgraduate programme to receive your academic title?

– It happened 10 years ago. During my 4th year of study at the M.S. Osimi Tajik Technical University, me and my classmates used to organise operation of laboratory benches for our Department. I was most interested in the laboratory benches made by the Uchebnaya Technica in Chelyabinsk. Our teachers said that the company is a subdivision of SUSU. It was then that I had the desire to visit this university and watch the manufacturing of these stands with my own eyes.

It should also be noted that my admission for postgraduate studies at SUSU was also supported by the close ties between our Department Head at that time, Professor Mamadrizo Dodhudoev and the Head of the SUSU Department of Health and Safety, Doctor of Sciences (Engineering), Professor Aleksandr Sidorov. The latter also became my research advisor. I learned a lot with him! Aleksandr Sidorov helped me throughout my time in the postgraduate studies programme and showed me a path to achieving my goal. I became interested in increasing electrical safety, substantiation of the parameters of neutral grounding and double earthing in the common facility ground.

– Did the education you received help you in your work?

– Absolutely, yes! During my studies in the postgraduate programme I dedicated a lot of time to community service; for two years I was president of the youth organization called Young Eurasia. I met SUSU leadership and began to strengthen the ties between our universities in the sphere of cadre training (in 2013, there were only two Tajik postgraduates, including myself).

After graduation in 2016 and earning my title of Candidate of Sciences (Engineering) in Labor Safety (Electric Power Industry), I returned to my hometown and was appointed Head of the International Department of TTU, where I work to this day. I am sure that the education and experience I gained in community activities at SUSU help me greatly in supporting the international affairs of the university.

Besides my main job, I am also a lecturer at the Department of Relay Protection and Automation at TTU. Alongside master’s students, I am researching the relay safety of power grids in Tajikistan.

– How do you maintain your research activity?

– I am in close contact with my research advisor and since September 1 of 2018, I am an Associate Professor at the SUSU Department of Health and Safety. Right now we are preparing 2 joint methodological works and publish research articles.

Not long ago, I visited SUSU once again to discuss our plans for future cooperation. I hope that you have already understood where I will be enrolling for my doctorate!

– Tell us more about the prize that you were awarded.

– The Ismoil Somoni Award is bestowed upon young Tajik researchers in 12 nominations for their practical research aimed at the development of fundamental, humanitarian, technical, medical, and natural sciences.

The qualifying round of this contest has been held in our country since 1998 among young researchers who have achieved success in science and technology. The goal of the contest is to develop the country’s scientific potential and to provide monetary incentives for the creative activities of young researchers. 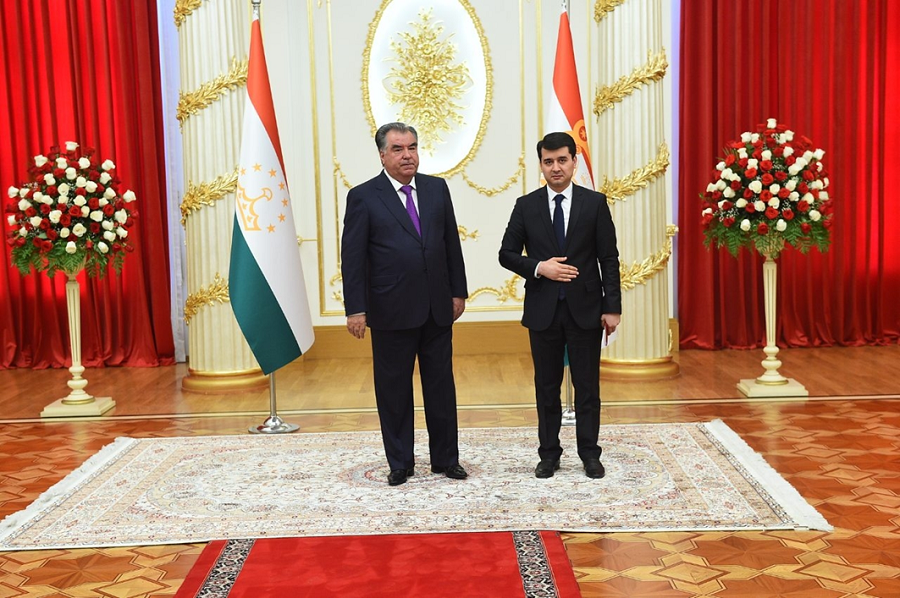 – What advice would you give to applicants from Tajikistan who are considering the possibility of getting a degree in Russian universities?

– Dear compatriots! Enroll at South Ural State University, where you will gain new experience and great opportunities to pursue science. You can be sure that you will not be bored!

*The Ismoil Somani Award is bestowed upon researchers with the title of Doctor or Candidate of Sciences who have made scientific, technical, or technological discoveries and inventions which have been implemented or are being implemented in practical uses. Researchers present the results of their studies to the contest committee along with no fewer than 10 publications, 3 of which must be published in foreign journals.