New Year’s in the Tradition of the Island of Sri Lanka: Big Holiday Held at SUSU Celebration of Alut Avurudu – the national new year in the traditions of the islands of Sri Lanka – was held at SUSU on April 24th. Sri Lankan students introduced university staff, students, and teachers to their national customs. They celebrated their national holiday within the walls of SUSU for the second time.

“We decided to celebrate New Year at the university because we think and hope that our traditions will be interesting for students. We have many friends here, and our teachers, who we really wanted to show our holiday to. Last year many of our guests gathered and they all liked the holiday, everyone had new, positive emotions. This year we have even more friends, so the holiday became even larger!” says Uvindu Vizhdeveera, student from Sri Lanka. Palm trees made by hand, national attire, an exhibition of books in Sengalese, and much more. The international students prepared for the celebration of these event in advance. First they held a Saturday cleaning day as a sign of thankfulness to nature. According to students, the organization of the holiday took up a lot of time: beyond preparing the program, decorations, and attire, the guys also prepared a big table for guests with the island’s national dishes.

“Today just 7 students study at Sri Lanka and we tried hard when we were organizing the event – we didn’t sleep for several nights and prepared food. Two of our students are real chefs, they helped prepare traditional foods: rice with coconut milk, fish on the grill, appetizers, sweets, and much more. We specially prepared a sauce without chilis especially for Russian students,” explains Uvindu. 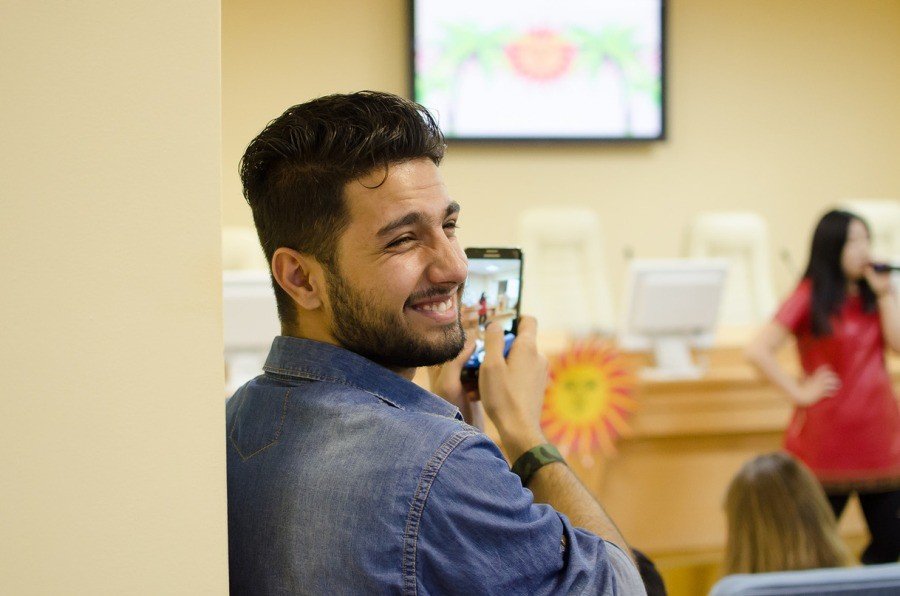 University staff, teachers, Institute directors, Foreign and Russian students came to congratulate the students on the New Year, as well as the choir of the Chelyabinsk State Institute of Culture. As a badge of honor, representatives of the university were given the chance to light the first flame – the symbol of the new year.

Within the event, students from China, the Republic of Congo, and Russia offered their presents in the form of performances. 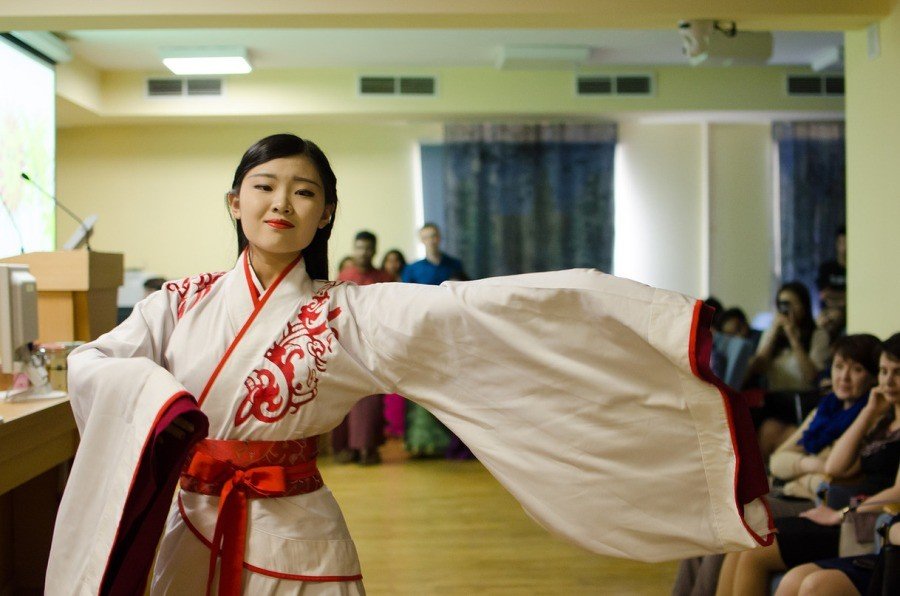 In turn, the students from Sri Lanka demonstrated traditional dances, songs, and a blessing ceremony which brings good luck in the coming year.

After the performances, everyone was able to participate in the island’s traditional games. They had to pop a balloon, draw the eye of an elephant blindly, and eat a bagel tied to a rope without their hands.

“This holiday would not have succeeded without the help of the university. We want to thank everyone who helped us organize and helped us immerse ourselves in student life in Russia. We want to especially thank our friends and neighbors – the vice-rector of international affairs Viktor Katochkov, the director of the student campus Lyudmila Zadorina, institute directors Elena Yaroslavova and Elena Ponomaryova, teachers, pedagogical staff, the university news, all of the international and Russian students, and also the Chelyabinsk State Institute of Culture and Tchaikovskiy SUSIA,” said the Sri Lankan students.

Alut Avurdu is a family holiday traditionally celebrated at home. SUSU has become a second home to students from Sri Lanka, always welcoming to the new traditions and customs of our international guests. 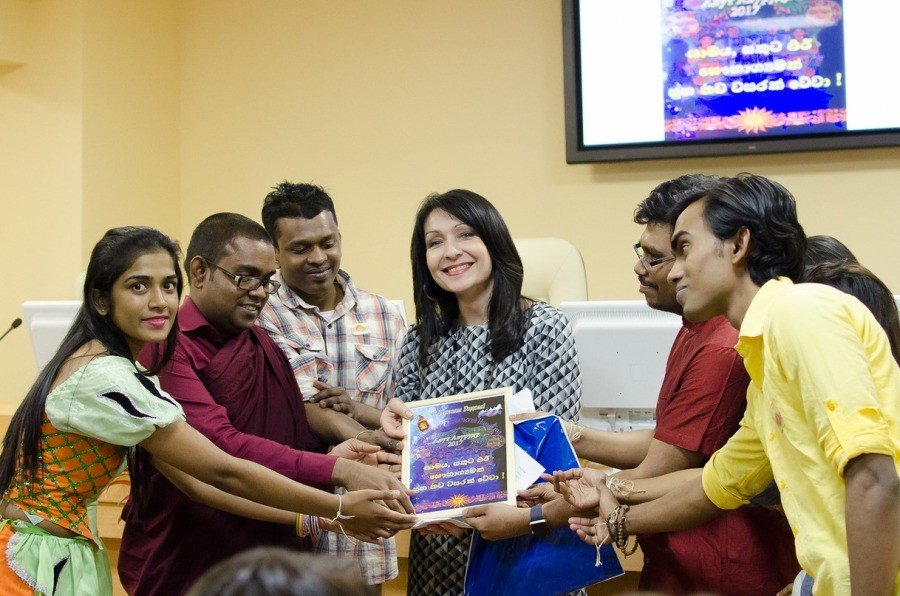