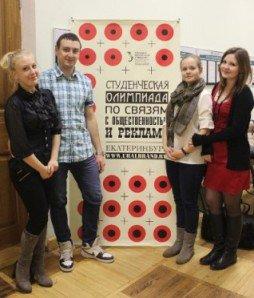 The Institute of Public Administration and Enterpreneurship of Ural Federal University named after the first President of Russia B.N. Eltsin held the first Interregional Competition in Public Relations and Advertising dedicated to the 15th anniversary of PR-education in the Ural region.

Students of Mass Communication Department of SUSU Faculty of Journalism Danil Gomzyakov, Kseniya Klepinina, Elizaveta Lopatina and Dariya Nikiforova (research supervisor - Professor Aliya Anuvarovna Dobrikova) became not only the active participants of that event but showed excellent results. The students presented the project called "BARSomania" which took the first place in PR-Projects Competition dedicated to "Ural and Siberia in the Context of Russia's Image".

In the next competition "Best PR-Program" in promoting a new calling plan which was held by "VympelKom" Company (Beeline) our students worked out the most creative and the most effective concept (according to the jury's opinion) which gave a chance to SUSU Faculty of Journalism team to win one more time.

In individual competition Elizaveta Lopatina got the special prize in nomination "For Complex Approach while Solving PR-Tasks in Testing within the Disciplines of Theory and Practice of Advertising and Public Relations" and Kseniya Klepinina took the third place in the competition of press-releases.

"A successful participation of students in the Competition proves that the practice-oriented approach based on the deep theoretical basis is the most effective method of studying advertising and PR at SUSU Faculty of Journalism", - noted Lidiya Kamilovna Lobodenko, acting as Head of Mass Communication Department. 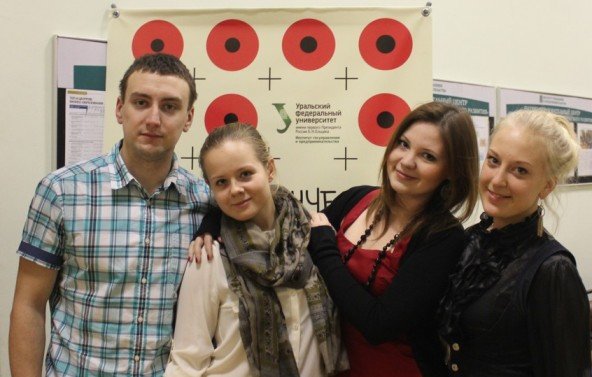