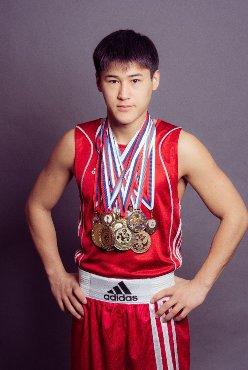 At the end of November in Baku (Azerbaidzhan) Dmitry Yun, Master of sports, student of SUSU Trade and Economic Faculty, became the silver medallist in the V World Championship in Boxing among students. At the World Championship 2012 there were students from 10 countries: Russia, the Ukraine, Turkey, Kazakhstan, Moldova, Nigeria, Tadzhikistan, Georgia, Estonia and Azerbaidzhan.

"Of course the final round was the most difficult one not only because it is a great responsability but because in the final round I had to fight with a sportsman from Azerbaidzhan. It is always more comfortable to perform in your own territory as your friends and other fans come to the championship to support you, - says Dmitry - This Championship was very important for us. It allowed to all the sportsmen of the team to evaluate their efforts, their technique and rivals abilities as now all sports clubs undergo a very active preparation for the elimination competitions to Universiade in 2013".

Dmitry Yun is one of the most talented young boxers of Russia. When Dmitry was 19 years old he had already achieved great results in sport being 4-time champion of Russia, winner of Russian Cup and repeat winner of international titles. In 2006 Dmitry was recognized as the best boxer of Russia among adolescents and in 2009 - among young people.

We would like to congratulate Dmitry with his achievements at World Students Championship and wish him new victories!