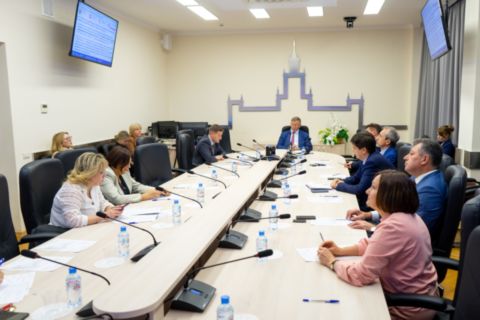 A meeting of the Council of University Rectors of the Chelyabinsk Region headed by Aleksandr Shestakov was held at South Ural State University. The agenda of the meeting was dedicated to reports by the SUSU Acting Rector Alexander Wagner on implementation of the Digital Departments project and on development of technological entrepreneurship in our region.

The Digital Departments project is being implemented by the university within the frameworks of the Priority 2030 program of state support for higher education and is aimed at developing competencies necessary for a new type of professional activity and to acquire a new qualification in the field of information technology.

“The project has been initiated by the Ministry of Digital Development, Communications and Mass Media of the Russian Federation and supported by the Ministry of Science and Higher Education of the Russian Federation. When the university development map was being created within the frameworks of the Priority 2030 program, the Digital Departments project was not included in it. Then it was decided that those universities that win the Priority 2030 program, regardless of whether they had intended to develop digital technologies or not, would be engaged in this process. The performance goals, including for the Chelyabinsk Region, have been set, so the entire higher education system will be working on achieving them,” said Alexander Wagner.

The attention of the meeting's participants was drawn to the fact that within the frameworks of the project implementation, retraining programmes were provided for SUSU students not only with specialities related to the IT field, but also for students of any other field of study. A student of any university can submit an application and study free of charge. Already in this academic year, more than one thousand students of the Chelyabinsk Region will be able to obtain additional qualification in the field of information technology for free. 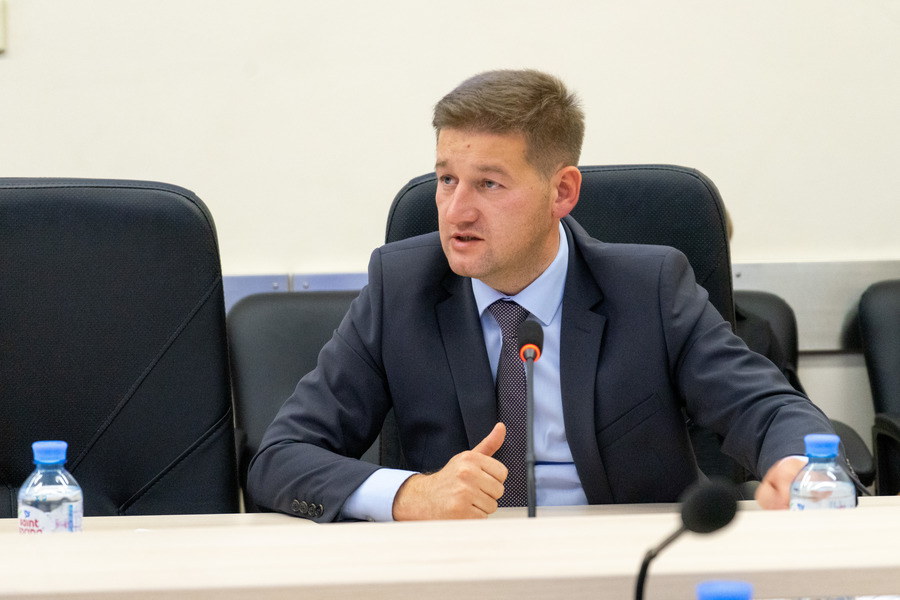 “We have designed 250-hour programmes. The training will begin on Monday, September 19th, and will be provided for 9 months in parallel with the main professional educational programme of higher education in the in-person/online format. More than 1,000 students of SUSU and 50 students of other universities of the Chelyabinsk Region became participants of the programme,” noted Alexander Wagner. 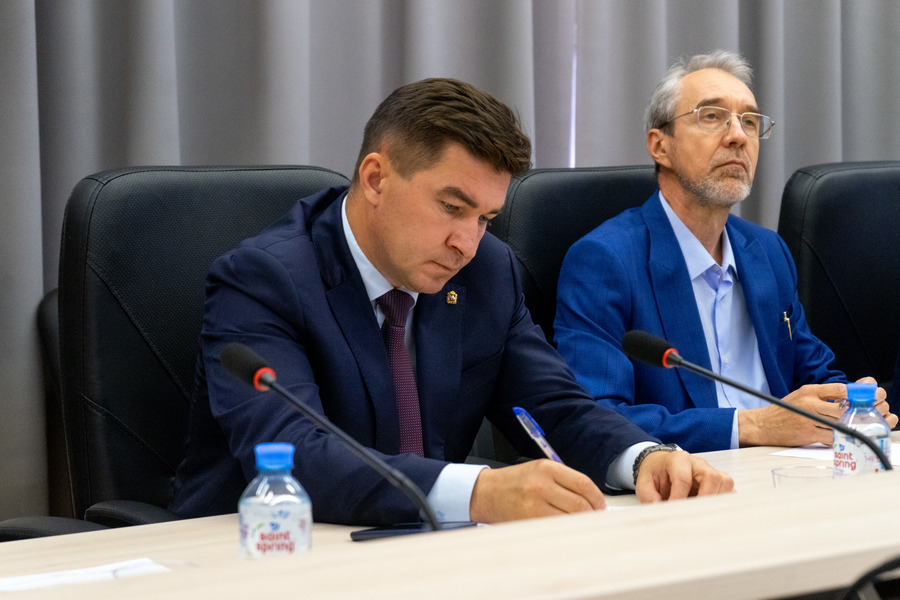 The second report by Alexander Wagner was devoted to the implementation of mechanisms for the development of technological entrepreneurship in the Chelyabinsk Region within the frameworks of the University Technological Entrepreneurship Platform federal project. SUSU became the winner in two contests Acceleration Program, and Entrepreneurial Boiling Point, which were aimed at supporting student initiatives.

The start of the Acceleration Program is scheduled for September 24th. The program is versatile, designed for 10 weeks; 40 events of various formats will be organized, in which students will be able to fulfil their projects under the guidance of famous trackers and leading entrepreneurs of the Chelyabinsk Region.

“About 600 students have applied to this program, so no less than 60 teams will be formed and will present their startups. Here, registration on the Leader-ID platform means fulfilling the requirements of the project,” emphasized Alexander Wagner. “We welcome students from universities of the Chelyabinsk Region to participate in it.”

The Entrepreneurial Boiling Point, a space aimed at supporting student startups, developing technological entrepreneurship at the university and attracting investment in best technological startups, is already functioning at SUSU.

“Students from any university of the Chelyabinsk Region will be able to put their ideas to life and receive support of experts and successful entrepreneurs. As part of the project, 26 events will be organized in 2022, and 41 events will also be organized both in 2023 and 2024. More than 20 lecturers, experts and trackers, as well as more than 20 partners specializing in the National Technology Initiative projects will be involved. The annual number of participants will account to more than 2,000 people,” said Alexander Wagner.

Chairman of the Council of University Rectors of the Chelyabinsk Region, SUSU President Aleksandr Shestakov said that the project is especially important for those students who want to achieve something in this area and obtain certain results, so it is necessary to inform all of them about it.