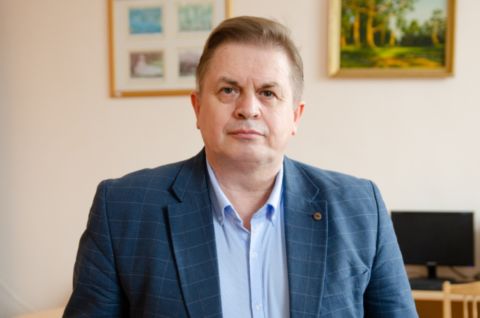 A project by a team of research fellows of South Ural State University and Chelyabinsk State University has received grant support from the Russian Science Foundation (RSF). The project is aimed at studying the Cossack population of Chelyabinsk from the point of view of its formation during the period from the second quarter of the 18th century to the first quarter of the 20th century.

The history of the Cossacks is closely related to the history of the Chelyabinsk Region. After the Chelyabinsk fortress was founded in 1736, a significant part of its population constituted of the Cossacks. But this fact was not reflected in the names of the geographical and urban environment of the area. Many monuments of pre-revolutionary architecture have not been preserved, and as a result, the city residents and its guests have a distorted view on Chelyabinsk, deprived of the original Cossack social specificity of the region. The research by SUSU scientists will make it possible to fill this gap: to determine the role of the Cossacks in economic and social life of the city and the nearest districts.

“When the history of Chelyabinsk was created in the Soviet era, the main attention was paid to the pages of the city’s history that date back to the period of industrialization and the Great Patriotic War. Thus, the memory of the people who had become its first residents and subsequently constituted a significant group of citizens was not preserved in the history of the city. This interferes with the full understanding of the history of our region,” said Professor of the SUSU Department of Russian and International History, Doctor of Sciences (History), Associate Professor Evgeniy Volkov.

The main tasks of the project include studying the process of formation of the Cossack population in the city and its suburbs, the number of population, structure of social subgroups, and their daily routine. Conducting research of documents in the archives and scientific literature in the libraries of Chelyabinsk, Orenburg, Moscow and Saint Petersburg will contribute to the reconstruction of various aspects of the history of the Cossack population of Chelyabinsk in the 18th-19th centuries, which then had the status of a chief town in the Orenburg province.

The project is planned to be fulfilled over 2 years (2022-2023), during which the university researchers hope to publish three articles in top-ranking journals and take part in several conferences on related topics.

South Ural State University is a university of digital transformations, where innovative research is conducted in most of the priority fields of science and technology development. In accordance with the strategy of scientific and technological development of the Russian Federation, the university is focused on the development of big scientific interdisciplinary projects in the field of digital industry, materials science, and ecology. In the Year of Science and Technology SUSU became the winner in the competition under the Priority 2030 program. The university acts as a regional project office of the World-class Ural Interregional Research and Education Centre (UIREC).