Elena Davletshina: PR Is a Creative Field, So PR Specialists Mostly Stay in This Profession 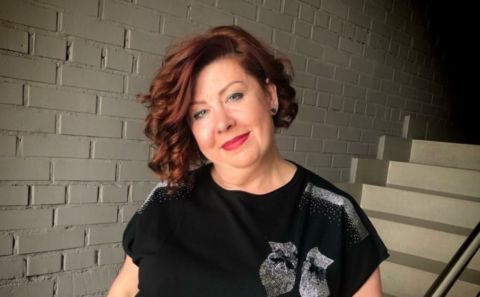 How Public Relations are built in the field of professional education, that is what Fedor Kruchinin learned in his conversation with Elena Davletshina, Head of the SUSU Media Relations and Monitoring Department.

— I heard that modern Public Relations are grounded in Komsomol and not at all in Western patterns. Do you agree on that?

— I also have this feeling that I have been engaged in Public Relations my whole life! Indeed, at first it was Komsomol: I headed the school Komsomol organization, then I organized vacations to Artek, Orlenok and Okean recreation camps for children, where the elements of working with public opinion were clearly used. In the 1990s and early 2000s we worked with teenagers and young people, held a lot of events and always told journalists about it, so to speak, sharing with the mass media.

In 2004, we worked closely with the Gubernia Publishing House: we supported the editorial offices of the city and regional newspapers, organised journalistic seminars, contests and festivals. At that time, organisations did not provide separate positions of PR specialists, but it was necessary to present ourselves. The Agency for Humanitarian Technologies - AGT has successfully worked and is still operating in Moscow. In 2006 I headed its subsidiary, AGT-Chelyabinsk. We, the heads of subsidiaries, were brought together, taught, given a lot of useful information, and supported by the founders. And then came the 2008 crisis. And the first thing that the customer companies which we rendered our services to did was to cut their advertising budgets… I had to leave the profession for a while. But in the end it did not let me go...

— I remember that both at the Opera and Ballet Theatre and at the regional Ministry of Social Relations, where you worked after, PR played the leading part...

— Yes, I worked at the theatre during the period when the 2008 crisis hit the hardest. It is no secret that in 2009 people did not care much about high art. Although ticket prices were low, about 200-300 roubles, there was almost no audience. And we decided to come to common people! We spoke about it, showed, performed, welcomed, held thematic evenings and events, such as Japanese Evening at the Opera, Theatre Tram, Waltz Evening, Mobile Cashier... Together with the audience, we came up with a name for the Sozvuchiye (Consonance) theatre newspaper, with which we introduced artists, history of the theatre and theatre backstage to them. And we also created some non-standard informational occasions for journalists, for example, they were invited to see how the main chandelier in the auditorium is prepared for the theatre season, one journalist crew even got close to the winch on the roof, with which the chandelier is lowered and raised! There were plenty of interesting things!

At the ministry I headed the press service. By that time, it was necessary to have employees responsible for relations with the mass media in all state structures since the openness of the government was a priority. So, there, PR became the basis of my activity.

— The sphere of culture and public administration deal with completely different realities. What is more convenient for you personally?

— You know, there is only one task that PR manager has: to tell the public about the work of an organisation. But topics and tools are different! I hold a master class for students who study in the State and Municipal Management programme, it is called PR in the State Sphere: Is There a Place for Creativity? There I ask if any of them applied to the social security authorities. Not a single hand has been raised over the three years of my teaching. So I tell them this means they have no problems in their life. Meanwhile the system of social protection of the population provides support, in one form or another, to 1/3 of the population of the Chelyabinsk Region. So, it is important to know how to tell about these support measures properly, how to show the daily work of the employees, what words to find so that families begin to take in children from institutions for orphans, etc. Here you might think – this is so boring! But here is where a PR specialist comes into action. In general, I am very grateful that I was given such an opportunity - to work for more than 5 years in the social security institution. Now I look at many things in a completely different way.

— And now you are swimming in the waves of educational PR. What are the specifics of the tasks of a PR manager in this field?

— I came to SUSU right in the midst of the pandemic, and the main task at that time was, firstly, to calm the people, both students and staff members, provide up-to-date information about the actions of the university management on overcoming the consequences of the coronavirus infection. We actively filled the agenda of our website and social networks with various useful news. I remember that the audience especially liked the posts about what to do in isolation, about prevention and support measures. It was quiet on the floors of the university. And it became a great joy when the university came to life again, filling with noise and sounds!

As the main task of the Media Relations and Monitoring Department I see the promotion of the university in all directions: at the regional, federal and international levels, among the population, in the mass media and social networks, among potential employers and strategic partners. We make profound scientific research, and here I see a great potential for interest in us from the mass media. We have talented students who win in various kinds of competitions ‑ this is also an excellent newsmaker. I always tell my colleagues: “Tell us about what you are working on and we will find a way how to present it, or as they say now, how to properly pack it.” I hope that our scientists would not be shy and find time to tell us about their developments, because it is very difficult to guess what is new just by the gleam in one’s eyes! (smiles)

— The Ministry of Education and Science of the Russian Federation began to evaluate the media activity of universities a year ago. Your educational institution was included in the TOP 20 universities of our country (in total, the rating evaluates 218 universities). What facilitated this breakthrough?

— The main drive is our great team! These people are young, energetic and professional. They love the university! Almost all of them graduated from SUSU and continue their studies here, some of them enrol in the Master’s degree programmes, some in postgraduate studies! We discuss every release of the ranking: what we managed to do, what we can improve, what else to change. We watch our competitors, examine their style, approaches, for example, how they run their social networks. It is essential, because you cannot just stop and stare in our profession! Everything is moving so fast, changing, that if you stand in one place, you will be left far behind. One of the principles of my work is openness and the fastest possible response to mass media requests. Of course, not always everything depends on me. Sometimes it is not possible to take an expert comment, then I honestly tell journalists about it. In general, communication is above all! Everything can be negotiated if both sides are interested in it.

— Mass culture has created a controversial image of a PR manager. Would you recommend "fresh" people, who are just deciding on a profession, to choose PR today?

— Definitely, yes! If you want to be creative, come up with something new, like to communicate (a lot), to be in the spotlight and at the same time, off screen, love people and ready to work (with your brains) 24/7: you need to go to PR! And the image of the profession, after all, is also created by PR managers. So, apparently, today they just need it to be controversial.