Applicant 2022: Five Factors to Enrol in the Institute of Linguistics and International Communications 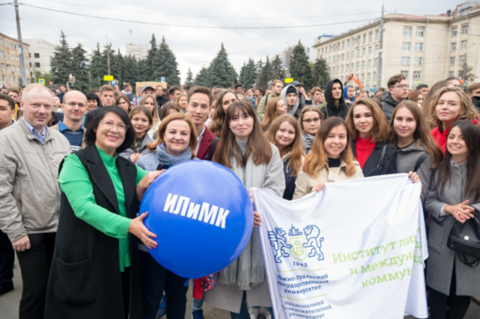 The Admissions Campaign has started. School graduates are now facing difficult but interesting challenges: what speciality to choose, what factors to consider when selecting an educational institution? What choice to make so as not to regret about it in the future? In this article, we present five top factors on why to enrol in the Institute of Linguistics and International Communications of South Ural State University.

At our institute you can learn at least two foreign languages. Depending on the chosen educational programme, English, Chinese, or Russian are studied as the first (main) foreign language, and English, French, Spanish, or German as the second one.

Second factor is a wide range of fields of training and further professions, within which you will be able to professionally apply the knowledge of foreign languages:

41.03.05 International Relations. On the basis of the study of various aspects of international relations, you will be able to conduct a dialogue, business correspondence, negotiations in a foreign language; make up diplomatic documents, draft agreements, contracts; you will understand the main directions of foreign policy of leading foreign states, specifics of their diplomacy and relations with Russia, and so on.

41.03.01 Foreign Studies, major: Asian Studies. On the basis of a comprehensive study of politics and economics of China, you will be able to establish professional contacts in Chinese and English, perform two-way interpretation and translation of business information in Chinese and English, know social and political realities of China, key areas of foreign policy, specifics of diplomacy and relations with Russia.

41.03.01 Foreign Studies, major: Russia and Neighbouring Regions (recommended for international students). On the basis of the study of the political and economic specifics of the Central Eurasia, you will be able to conduct business interaction in Russian and English, know the main stages of the historical and cultural development of the countries of the Central Eurasia, the principles of interaction between Russia and neighbouring states, trade and economic relations and foreign policy.

Upon completing this programme you will be able to promote the products of political mass media; manage political and information resources to resolve political conflicts; administer relationship between public authorities, business organizations and public organizations, etc. 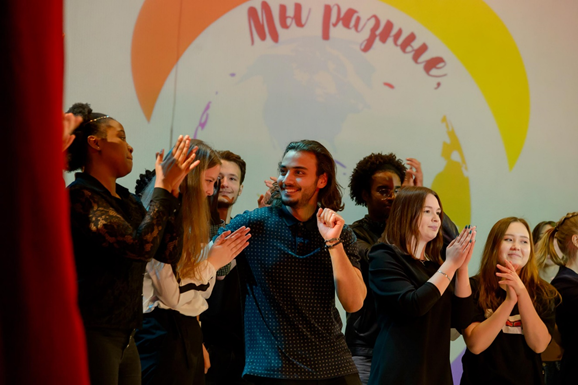 45.03.03 Fundamental and Applied Linguistics. Upon completing this programme you will be able to develop and create electronic language resources (dictionaries, lexical and grammatical databases), create and design websites, automatic translation programs, use software to edit and organize texts.

45.03.01 Philology, major: Teaching of Philological Disciplines (Russian as a Foreign Language). Recommended for international students. Upon completing this programme you will be able to teach Russian as a foreign language, conduct document management in Russian in government and commercial structures as office managers, press secretaries, guides with knowledge of the Russian language, etc.).

Third factor is an opportunity to participate in the educational process using innovative methods of teaching. One of these methods, which is used in our institute, is project-based learning. This method involves the development of professional skills in the course of solving real problems of future professional activity. Such training is organised in the form of project activities, in which real organizations or enterprises act as customers.

Currently, our institute is implementing several such projects, the biggest of which are:

You will have a unique opportunity to study under academic mobility programmes, in summer and winter language schools. Due to their accessibility, free online courses at partner universities are especially popular among students. In particular, Chinese partner universities regularly offer online preparation for the international exam in the Chinese language and in disciplines related to the use of IT technologies in the humanities. 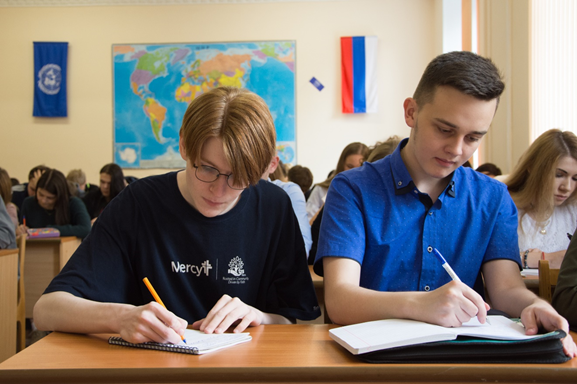 Fifth factor is an event-packed extracurricular and cultural life. Studying at the university is not only about lectures, homework, tests and examinations, but also about the opportunity to communicate with peers in a variety of ways, find friends, and develop creative abilities.

The most popular of them is We Are All Different, but We Are Together Annual International Festival. This event brings together Russian and international students. International students from more than 50 countries study at SUSU and for them this festival is one of the main and favourite holidays. It has become a place of unification, a way to express oneself, to tell about the culture and traditions of countries, and most importantly, to get to know each other and find friends. The festival takes place for several days and includes creativity master classes, for example, in salsa, acting, or making folk art objects of different countries. The festival closes with a big concert, in which international and Russian students of the institute unite to create beautiful performances.

Enrol in the Institute of Linguistics and International Communications!

Build your future without limits and language barriers!