Speak the Ural Way. On the Main Specific Features of the Residents of the Chelyabinsk Region 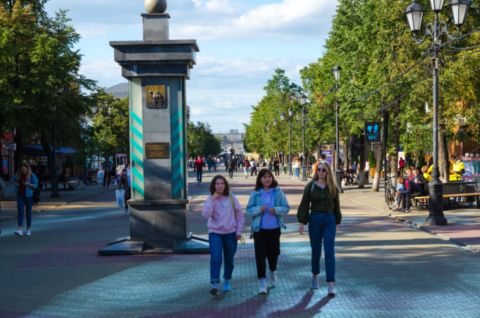 The Ural dialect is quite recognizable. It is distinguished by fast pace, special intonations and the so popular “chyo” (“what”). What are other specific features of speech of the Ural residents? Professor Elena Kharchenko, Head of the Department of Russian as a Foreign Language of South Ural State University, Doctor of Sciences (Philology) shared her thoughts on the topic.

“Chelyabinsk residents and residents of neighbouring regions speak fast because they swallow sounds. Especially vowels. We almost do not articulate when pronouncing sounds,” says Elena Kharchenko. “This can be explained by the influence of the Bashkir language, which is actively used in the Ural region, and by the need of preserving our strengths. Some say, as a joke, that we do not open our mouths because the ecology is bad. Whatever the reason is, non-residents often take such way of speech as aggressive, because it literally squeezes through clenched teeth.”

According to scientists, many dialects have mixed up in the modern territory of the Ural region, which is connected to the fact that immigrants from different parts of our country brought peculiarities of their speech with them. Dialects where unstressed "o" is pronounced as "о" and "о" as "а" in Russian words are present on our territory. The second dialect differs from the first one in the way that sounds [o] and [a] are almost not distinguished from each other in an unstressed position.

“For example, in Moscow people seem to drawl and tend to say “mlako” (milk). The first sound is reduced so that it is almost inaudible, and the second is pronounced closer to [a] than to [o]. But we distinguish these sounds. In our speech we also use [e] sound instead of some others often: in a pre-stressed position letters “я” (“ya”) or “a” (“a”) after soft consonant give sound [e] with side tone [i]. For example, “ch[e]sy” instead of “chasy” (watch), “p[e]tak” instead of “pyatak” (five roubles),” explains the philologist.

As Elena Kharchenko mentioned, in the vernacular of Ural residents, linguists also observe the replacement of hard consonants with the soft ones. For example, sometimes we pronounce words like “chetvergkh'” (Thursday), “sotsializ'm'” (socialism). And, probably one of the most striking linguistic features of the Chelyabinsk residents is the abbreviation of words. Instead of “chelovek govorit” (person says) we hear “chek grit”, or instead of “tysyacha” (thousand) and “pyatdesyat” (fifty) we hear “tyshcha” or “psyat”. Such abbreviations as ChTZ, ChMZ or AMZ (names of districts in Chelyabinsk) are popular among the locals. They call the most remote district of Chelyabinsk, ChMZ, a city within a city. People there speak their own language. Residents of ChMZ call the sixteen-story buildings “shestnari”, the meeting point on the site of the former Orlenok cinema – “na Orlenke”. “Na Burike” means to meet at the former cafe, and “na Rossiyke” means to meet at the former Rossia cinema. Locals can offer to meet in China, since there is its own Kitay-gorod (China Town) on ChMZ.

Vernacular words are present in the everyday speech of the South Ural residents. The word “vmesto” (instead of) is replaced by “zamesto”, and “pirozhnoe” (cake) by “pirozhka”. In the conversations of locals, you can also hear such phrases as “varenye s vishni” (cherry jam) or “priekhal s Miassa” (came from Miass). These are violations of speech norms, but people use them by force of habit. 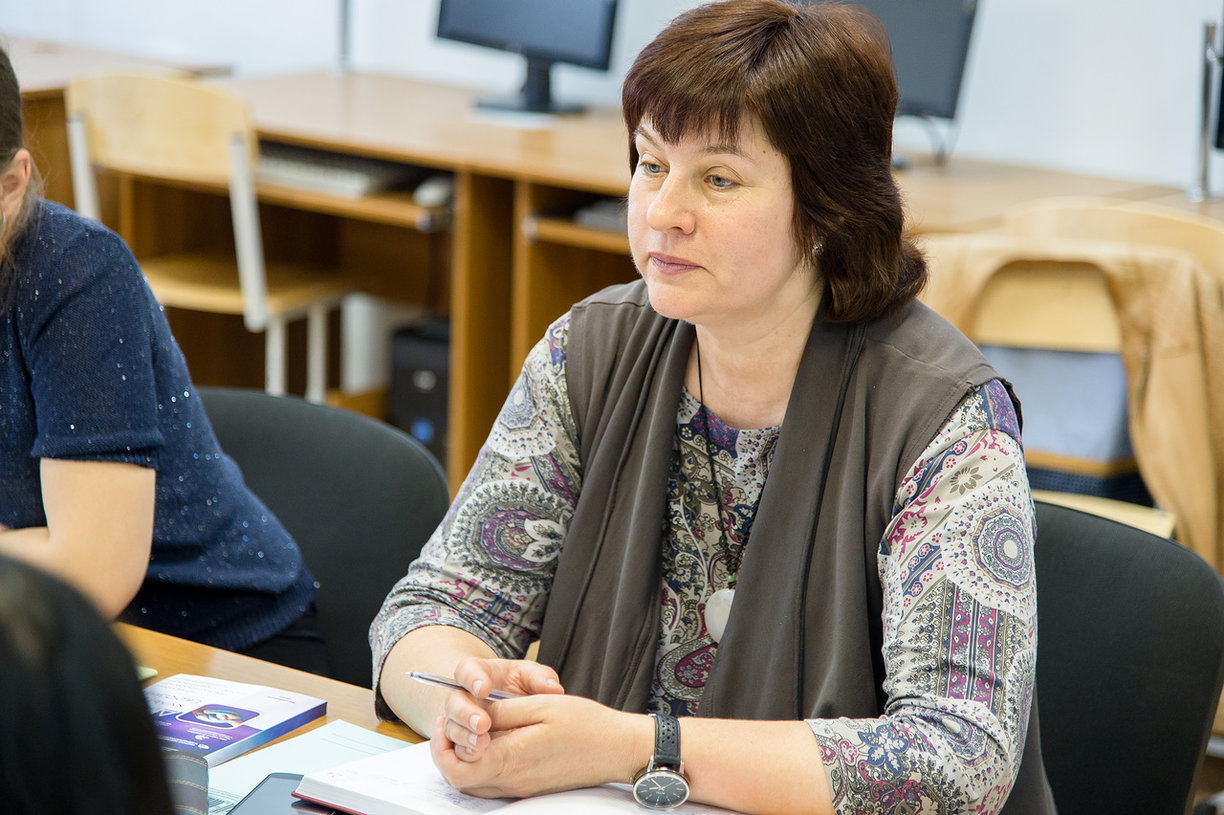 Photo: Elena Kharchenko, Head of the SUSU Department of Russian as a Foreign Language

Where are we hurrying?

Scientists associate the reasons for rapid speech in the South Ural region with cultural characteristics and mentality. What Russian does not like to drive fast? We do not like to queue in shops and hospitals. We do not like to wait, we constantly urge others, using such words as “bystree”, “skoree” (come on; quick). Gaining speed, Chelyabinsk residents still manage to play with intonation. Its rise at the end of sentences confuses non-residents: they do not understand whether it is a question, or a statement. One of the recognized features is the use of “chyo” instead of the literary [sh]to (what).

“My colleagues and I even argued on how to write this word: with an “o” or “e”. We chose the latter option. There even was a Chyo? store in Chelyabinsk,” says Elena Kharchenko. “South Ural residents tend to use words with diminutive suffixes: “ogurchiki” (cucumbers), “pomidorchiki” (tomatoes), “rebyateshki” (kids).

Before Russian settlers arrived to the Ural, it had been inhabited by its indigenous peoples: Khanty, Mansi, Tatars, Bashkirs, and others. Some words from their native languages have survived to this day and transferred into the colloquial speech of the South Ural residents. For example, “aida” (let's go), “urman” (taiga wilderness), “elan” (meadow), “kaban” (wood stack), “tulayom” (as a whole, wholesale), “kosh” (hut), “yashkatsya” (mix with).

In historical documents, the first mention of settlers from the European part of modern Russia dates back to the 14th century. For almost four centuries, immigrants from Perm, Solikamsk, Vologda and Kostroma Governorates arrived here. From the second half of the 17th and in the 18th century, peasants from the Moscow, Ryazan, Tula, Kaluga, Samara Governorates began to move to the Middle and South Ural. And they brought new words and dialects with them.

“Landlord peasants of the Kostroma, Orenburg and Perm Governorates greatly influenced the formation of the Ural dialect. In the 20th century, an active migration process took place inside the country, which had a great influence on our speech. Revolutions, the Civil War, the First and Second World Wars contributed to the mass distribution of dialects of the inhabitants of the Eastern and European part of Russia in the South Ural,” says Elena Kharchenko. 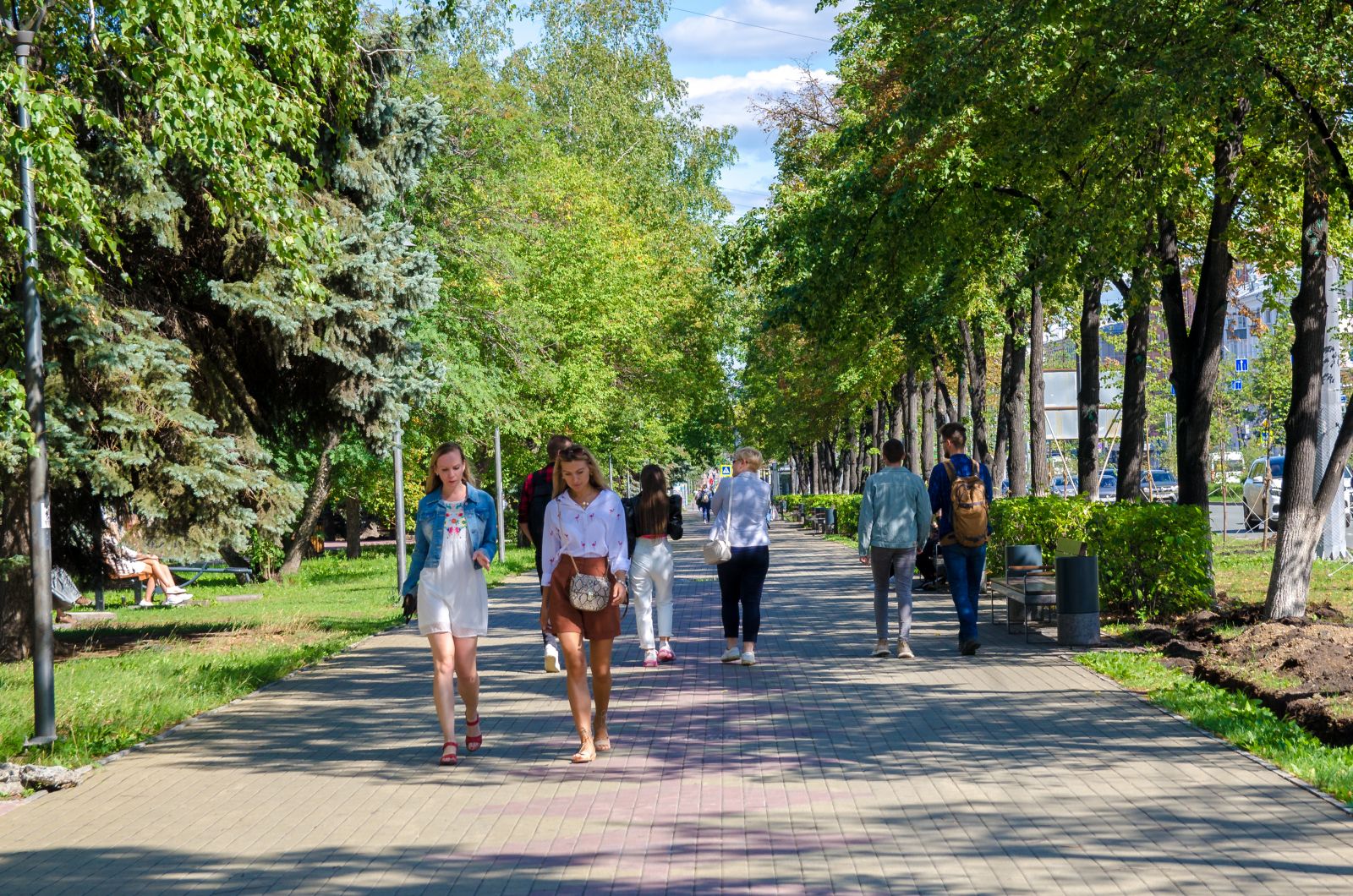 However, the most interesting vocabulary, i.e., words to study, is the one that is used in a particular location. It is called regionalisms, or localisms.

“Tourists or new residents of the South Ural region do not immediately understand these words when they hear them. “Gomonok” is a wallet, and “bitsya” means an individual game of a child. In the vocabulary of a native Chelyabinsk resident, there are also such words as “sorokovka” - the city of Ozersk (in the Soviet times it was a closed city called by number), “kislyatka” - sorrel, “chaika” - a person who loves free stuff, Lenar - Leninskiy district, “lybu davit” - impudently smiles, “voshkatsya” – to make a fuss, “vsyu dorogu” – during the whole life, “sinyak” - an alcoholic, “purkhatsya” – to mess around, and so on. These words are very important and interesting for study, because they allow to understand the special view of our compatriots on the outside world. This year, scientists from different universities of the Chelyabinsk Region received a grant to study words used in regions. This is a very responsible and difficult task. These words are difficult to identify since they are not recorded and used by different groups. Some words that we have mentioned before may not be known to native Chelyabinsk residents who do not live in a certain area. We will be grateful to everyone who can share with us their native words of the Ural,” notes Professor Elena Kharchenko.

Today it is difficult to distinguish dialects since they are tied to a certain territory. Increasingly, scientists say that they observe sociolects in cities, which means the speech of a certain group according to cultural and social characteristics. The sociolect absorbs fragments of dialects, jargons, and nonstandard speech. It is precisely such an integrated approach to the study of national languages, according to scientists, that will make it possible to identify non-obvious connections and patterns in the use of separate words.