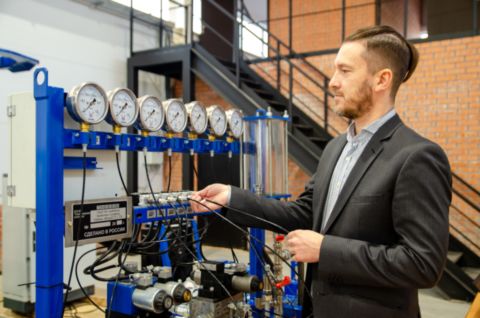 South Ural State University demonstrated the results of two large projects of SUSU and the Ural Engineering Center. They are implemented within the framework of the Ural REC.

SUSU and Ural Engineering Center LLC presented the results of two large projects of the Ural Interregional Research and Education Center at the level of Advanced Manufacturing Technologies and Materials: New technology for applying chrome plating on titanium parts and improving the design of hydraulic drive components.

Equipment for the mining industry and rocketry

A project on a high-tech production of hydraulic drives with a wide range of hydrostatic guides with a low resistance to movement of moving parts and an increased resource for bench test equipment was implemented by the South Ural State University and the Ural Engineering Center with financial support from the Ministry of Science and Higher Education of the Russian Federation. Within the framework of this project, the scientists are improving the design of the servo-hydraulic drive with hydrostatic guides. The project manager is Dmitry Ardashev, D. Sc., and Professor. A brand new workshop for the production of hydraulic drives with hydrostatic guides was built at the site of the Ural Engineering Center LLC. This development has no analogs in our country. In addition, the engineers presented prototypes of hydraulic drives.

“A feature of the new hydraulic drive is the presence of hydrostatic guides in its design, which provide a large number - up to 100 million of loading cycles. The resistance of the new drive to external forces that can lead to the failure of the entire unit is unprecedented. In addition, the chrome plating of the inner surface of the hydraulic cylinder body ensures a long service life of such hydraulic drives and the necessary characteristics of their operation. The project is part of the import substitution program,” Dmitry Ardashev said.

The Ural Engineering Center is implementing several science-intensive projects for the largest enterprises in Russia. In particular, a unique stand for testing satellites up to 5 tons was built, it has the only analog - a similar NASA installation. The stand for Transneft enterprises makes it possible to predict the pipe reliability by simulating the workflow. Under the conditions of sanctions, the purchase of imported equipment calls into question such projects. The task of the enterprise is to produce analogs of such equipment in our country. 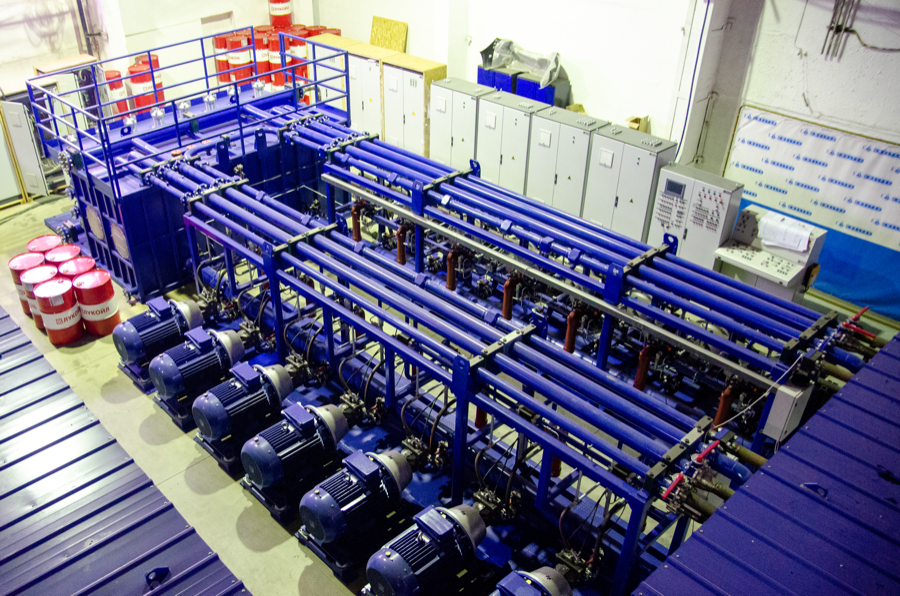 The Ural Interregional Scientific Educational center program includes building unique drives using chrome-plated titanium parts. The developed drive is not just a hydraulic cylinder, including special electro-hydraulic amplifiers, servo valves, feedback sensors that allow you to monitor and control the operation of this cylinder. This equipment is not produced in Russia yet, so we plan to manufacture all components domestically. I think we'll solve this complex task within two to three years. It is for such projects that we need the Ural REC. All industrial projects involve deadlines, contracts, and quality control. These things are not the task of scientists. But without a deep scientific study of the technology, we will not be able to implement any project. Therefore, we are attracting leading scientists from Russia and the world in the right areas, said Valery Bodrov, the president of the Caltech holding, which includes the Ural Engineering Center. 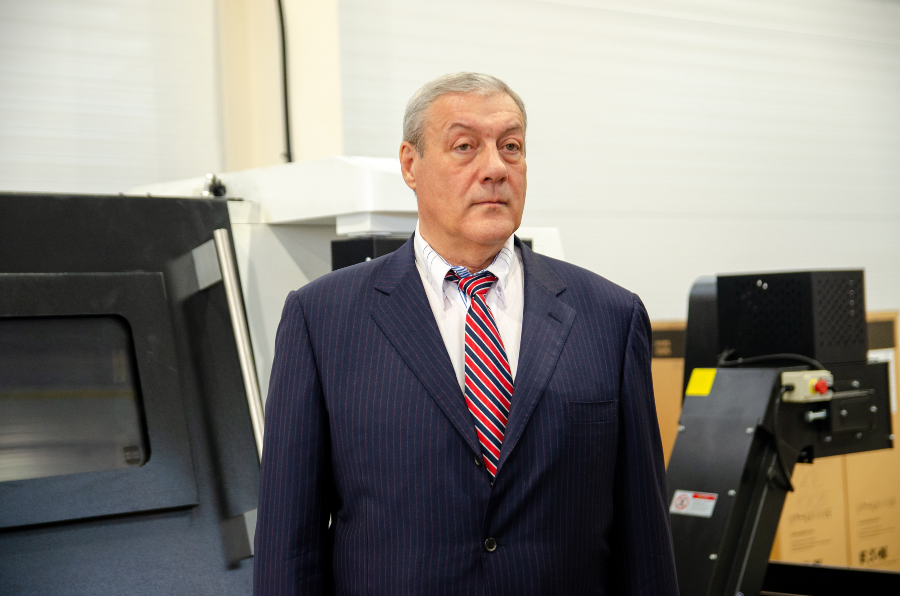 The aim is to manufacture unique installations using hydraulic drives and performance testing of complex machines, assemblies, structures, and parts used in the oil, gas, and space industries, aircraft, engine, and rocketry.

The scientists created an energy-efficient and environmentally friendly technology for applying hard chromium coatings to bodies. The technology must ensure the organization of a whole chromium plating cycle without communication with the environment, which will significantly reduce the burden on the environment and service personnel due to the absence of emissions of toxic chromium compounds due to the use of a unique filter designed by the design team. There are no analogs of the new chromium plating technology in the world of mechanical engineering. The Ural Engineering Center is the only enterprise in Chelyabinsk that has production facilities for applying hard chromium coatings to titanium parts. Our specialists, who have been working with SUSU for several years, were involved in this interdisciplinary project at the intersection of physics, chemistry, metallurgy, and mechanical engineering technology. The representatives demonstrated the laboratory-production site for chrome-plating, which implements the currently developed technology for chrome-plating of titanium parts. Scientists and engineers have developed an energy-efficient and environmentally friendly technology for applying hard chromium coatings to large parts. Titanium is a lightweight material used in aircraft and spacecraft, but it doesn't work effectively without chrome plating, especially under frictional conditions.

“Traditional chrome plating of large parts uses huge baths filled with harmful electrolytes. This is harmful not only for workers but also for the environment. In our case, the installation is designed in such a way that the coating zone itself is a small reservoir that moves at a given speed along the workpiece axis, while the workpiece rotates. The quality of the coating is not inferior in its characteristics to the traditional coating. After coating, it is polished. As part of the project, a filter system was developed and patented, which ensures the removal of harmful vapors. Everything that is taken out of the chromium-plating bath is returned to the electrolyte tank”, commented Professor Dmitry Ardashev.

The Ural interregional scientific and educational center of the world level Advanced production technologies and materials is one of 15 operating in Russia. REC works to solve the tasks within the national project "Science and Universities" to become a center for scientific thought in the regions, to ensure effective interaction of university research, academic institutes, and industrial enterprises. The center develops competitive technologies and products, their commercialization, and training. The leading universities of the Sverdlovsk, Chelyabinsk, and Kurgan regions - UrFU, SUSU, and KSU - are the main drivers of the development of World-class Ural Interregional Research and Education Centre.