Scientists offer a new way to predict accidents on sidewalks 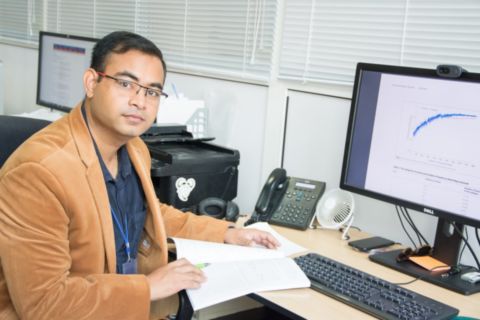 A new way to detect unusual situations on pedestrian paths has been proposed by the scientists of South Ural State University (SUSU) as part of the international team. According to the researches, the method would significantly improve the safety of pedestrians. The results of the study were published in the Safety Science journal.

Every year, more than 270,000 pedestrians around the world are reported to be killed in road accidents. Today’s models developed from the computer analysis of pedestrian movements, designed to ensure pedestrian safety, are based on a set of predefined attributes. According to the SUSU scientists, such a method is ‘unreliable’ due to the problem of picture scaling.

The researchers have developed a new method for predicting pedestrian collisions with other road users such as car drivers, skateboarders, cyclists, and others on pedestrian paths. The new method is based on a high-accuracy neural network that analyzes images received from video cameras in different city locations.

“A CNN model was developed to extract the important features and detect the anomalies or undesirable objects (i.e. bicyclists) from the images captured by the surveillance cameras at the pedestrian's pathways. Before applying the CNN model for the analysis of images, preprocessing must be done to enhance the quality of images and to remove the redundant information in order the improve the analysis time and accuracy of the object detection”, - the senior researcher of the department of data mining and virtualization of SUSU Sachin Kumar explained.

According to Sachin Kumar, preprocessing allows the removal of redundant information, which improves the quality of images. As a result, it became possible to classify the image correctly and to find the needed object in the image in the final stage.

In the research process the MRCNN neural network, integrated with DenseNet networks (a dense high-accuracy network for classifying images) was used by the scientists.

The high efficiency of the new method has already been confirmed by various simulators. The researchers noted that road safety services can use their computer programs.

The study was conducted by specialists from Russia, Saudi Arabia, and India.