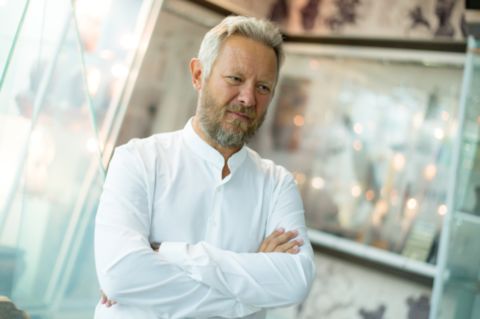 The prestigious national award "Professor of the Year", which is granted to figures of education and science in Russia, has been awarded to a scientist from South Ural State University (SUSU) for his discoveries in the field of history and archaeology.

South Ural State University researcher Andrey Epimakhov became the winner of the national award "Professor of the Year" in the Ural Federal District in the Historical Sciences category. This prize is awarded for outstanding scientific results in the field of education and science.

As an internationally renowned archaeologist, Andrey Epimakhov has presented many discoveries related to major historical periods of the Bronze and Iron Ages. The main topic of his research is migration and mobility in antiquity and the inclusion of the Urals in global economic and cultural processes. In 2020, the Russian Science Foundation supported the project "Migrations of human collectives and individual mobility in a multidisciplinary analysis of archaeological information (Bronze Age of the Southern Urals)" headed by Andrey Epimakhov. The research results of this project were one of the reasons why the Commission of the Russian Professorial Society awarded the prize to the SUSU scientist.

"The "Professor of the Year" award demonstrates that I am moving in the right direction in my research. Although my motivation to work always comes from within, recognition from my colleagues is an incentive to keep working and share my discoveries. I won this award for the first time in 2018; the achievements accumulated during this time allowed the Russian scientific community to declare me Professor of the Year for the second time," commented Andrey Epimakhov, Doctor of Sciences (History), Deputy Director for Research at the SUSU Institute of Media, Social Sciences and Humanities.

In addition to fulfilling the grant from the Russian Science Foundation, the SUSU scientist wrote one of the volumes of the History of the Southern Urals. In addition, Cambridge University Press in 2021 published monograph written in Chinese by Andrey Epimakhov and Lyudmila Koryakova—The Gates of Eurasia: The Urals and Western Siberia in the Bronze and Iron Ages.

The "Professor of the Year" award was established by the Russian Professorial Assembly to preserve and further develop the scientific potential of Russian science and higher education, stimulate scientific and technological development, and encourage outstanding research and teaching staff working in scientific organisations or higher education institutions.