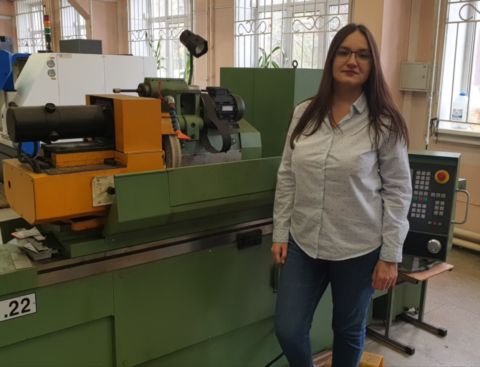 Scientists at South Ural State University have developed a new technology that will reduce the number of rejects when grinding parts. The digital twin helps to simulate various physical, chemical, thermophysical, and other processes occurring in the cutting zone. The research was published in the highly-rated scientific journal Russian Engineering Research (Q3).

A team of scientists led by Pavel Pereverzev, Professor of the Department of Automated Engineering Technologies, created a digital twin of the circular plunge-cut grinding process.

In the article, scientists for the first time presented the concept of constructing a digital twin of a circular plunge-cut grinding operation, which provides visualization of the shaping processes and quality parameters of the processed surface in terms of processing accuracy, the depth of the thermal defect layer and the roughness of the processed surface.

“Digital twins of various processes and phenomena are becoming a global trend in scientific research. The study aimed to create a digital twin of the circular plunge-cut grinding process. It allows simulating layer-by-layer stock removal throughout the entire grinding cycle, as well as simulating various physical, chemical, thermophysical and other processes occurring in the cutting zone," Associate Professor Aleksandra Akintseva explains.

The significance of the research results goes beyond obtaining new knowledge about the computer-aided design system for optimal cylindrical grinding cycles. The developed methodology applies not only to grinding but also turning and milling, for which there are no methods for the optimal design of cutting cycles in automatic mode.

Shortly, a team of scientists, including Associate Professors Alexander Akintseva and Svetlana Omelchenko, and Senior Lecturer Alexander Kopyrkin, plan to develop digital twins of the most common grinding operations - circular (external and internal) grinding with longitudinal feed, as well as surface and face grinding. Work is underway on new scientific publications.

South Ural State University (SUSU) is a university of digital transformations, where innovative research is conducted in most of the priority areas of development of science and technology. Following the strategy of scientific and technological development of the Russian Federation, the university focuses on the development of large scientific interdisciplinary projects in the field of the digital industry, materials science, and ecology. In the Year of Science and Technology, SUSU became a member of the Priority-2030 program. The university performs the functions of a regional project office of the Ural interregional world-class scientific and educational center.