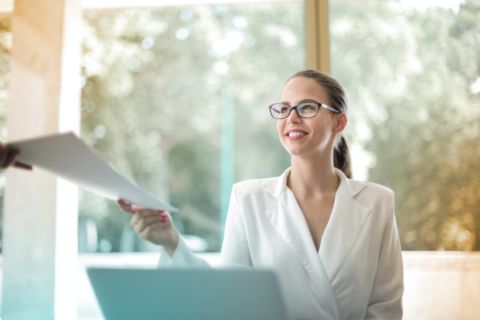 The economists have investigated the most acute problems of the labor market in Russia, such as unemployment, a decline in real wages, and an increase in the number of people employed in the informal sector of the economy, i.e., hired workers from individuals or self-employed. New research shows that some features of informal employment have both positive and negative effects on labor productivity. This area requires constant monitoring to neutralize the potential adverse effects associated with a decrease in labor productivity. The scientists published the study in the highly-rated scientific journal Sustainability (Q1).

Informal workers do not have the status of a legal entity but are involved in labor and business activities. This situation leads to a whole range of consequences in the economy affecting labor productivity, incomes and living standards, tax revenues to the budget, increase the informality of labor relations in registration, conditions, and remuneration.

“Regional labor markets differ both in the scale of employment in the informal sector and the directions of movement of employees between industries and between sectors of the economy (formal and informal). Employment mobility is a natural consequence of the dynamics of the market system; changes in the economic structure, but in different ways affect the income of the population and the sustainability of development of the regions of Russia. We should assess the employment polarization in the informal sector in the regions of the Russian Federation. The consequences of intersectoral mobility of employed people for labor productivity, the gross regional product of each of the constituent entities of the Russian Federation, are urgent problems in the objective reduction of labor resources, national goals of increasing labor productivity,” Irina Savelyeva says.

One of the reasons for the volatility of regional labor markets is the high proportion of those employed in the informal sector. The economic space of Russia has high differentiation in the scale of such employment. The analysis showed that regions with a high share of informal employment have the most volatile labor markets.

The scientists made recommendations for the strategies and a roadmap of socio-economic development of the regions. Demographic load, the number of graduates of educational institutions, investment activity, sectoral structure are the key factors of econometric modeling that scientists have used to assess the directions of the transition of workers between the formal and informal sectors.

“The decline in labor productivity of employed people in the event of their transition (reallocation) from the formal to the informal sector and vice versa may be different. In other words, the loss of productivity in one sector due to the reduction in employment is not compensated by growth in another, despite the transition of the employed. We have designated this as the negative effect of overflow. It affects the growth of the gross regional product (GRP) of the regions. Typically, we observe negative effects in regions with a high level of employment in the informal sector. Despite the absence of official statistics for calculating labor productivity in the informal sector, an original calculation method has been proposed, which allowed us to obtain such an important result for the theory of labor productivity and employment policy,” Angela Karpushkina explains.

The authors identified the regions with a high probability of negative effects of the intersectoral overflow of the employed and proposed a methodology for calculating the consequences for labor productivity and GRP. The scientists concluded that in regions with a negative effect of reallocation on labor productivity (i.e., the Republic of Altai, Ingushetia, Yamal-Nenets Autonomous Area) it is necessary to intensify measures and develop state programs for regulation of the labor market to change such trends.

These findings will improve diagnosing and monitoring regional labor markets, assessing the dynamics of labor productivity and employment of the population, developing the state employment programs, ensuring the sustainable development of labor markets in Russian regions.

Economists plan to develop applied recommendations for regulating the scale of employment in the informal sector of the regional economy. It will help to neutralize the potential negative consequences associated with a decrease in labor productivity and implement preventive measures.

South Ural State University (SUSU) is a university of digital transformations, where innovative research is carried out in most of the priority areas of science and technology. Following the strategy of scientific and technological development of the Russian Federation, the university focuses on the development of large scientific interdisciplinary projects in the field of the digital industry, materials science, and ecology. In the Year of Science and Technology, SUSU takes part in the competition under the Priority-2030 program. The university performs as a regional project office of the Ural Interregional Scientific and Educational Center.