SUSU Summed Up the Results of the Admissions Campaign 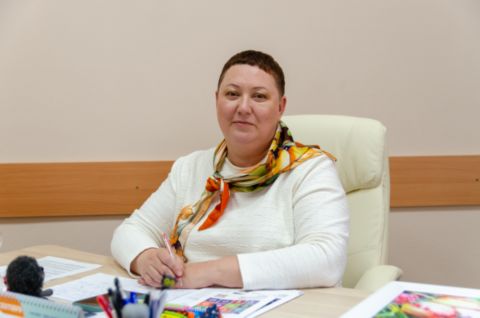 South Ural State University took part in a press conference at the “Argumenty i facty —Chelyabinsk” Press Centre dedicated to the results of university admissions campaign in the Chelyabinsk Region. Yulia Bolotina, SUSU Deputy Vice-Rector for Academic Affairs, provided statistics and spoke about the programmes most popular among applicants.

This year, more than 10000 people applied for enrolment at South Ural State University. This number has remained stable for several years. At the same time, the number of applications grew to 38.5 thousand.

“Previously, applicants were able to submit their documents to five universities, and 3 academic programmes in each university. Per the new rules, universities are able to decide for themselves the maximum number of academic specializations in competition. We chose 10 as the maximum to allow applicants to fully realize their right to free education,” explained Yulia Bolotina.

This year, the number of perfect scorers and high-scorers increased. More students than last year also enrolled without competition. Such students were Olympiad winners, primarily those who participated in the Zvezda Multidisciplinary Olympiad, which is held across Russia and was organized by SUSU many years ago.

From year to year, there is more interest in academic specializations related to computer science. There is also a high level of competition for the socio-humanitarian programmes, because there are traditionally fewer government scholarships available in these programmes than for the technical and natural science specializations.

Yulia Bolotina recommended that school graduates prepare for university enrolment in advance: determine what specialization they want and choose their Unified State Examination (USE) subjects carefully.

“Unfortunately, applicants frequently end up with a selection of USE subjects that don’t allow them to enrol at any university. This is a big issue, which all universities must work on by holding career guidance events for upperclassmen,” said Yulia Bolotina.

According to the Deputy Vice-Rector for Academic Affairs, universities have already received their government scholarships for the next year; SUSU will publish this information on the university website at the beginning of October. As was the case in this year, the number of scholarships has increased. In addition, Yulia Bolotina shared that applicants will have the opportunity to study on government scholarship in legal specializations.