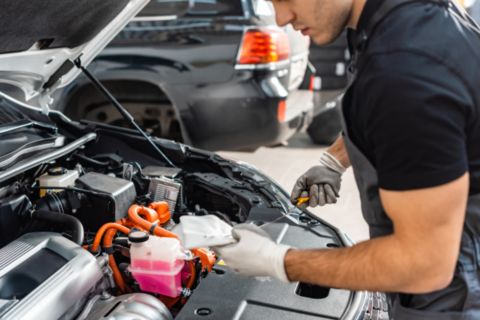 Scientists from South Ural State University have improved the existing filters for purifying engine oil. A new model of the oil filter clogging warning device will alert the driver when the engine oil contamination level is exceeded. This can significantly increase engine life and reduce maintenance costs.

The Head of the Department of Cars and Car-caring Service, Associate Professor, Candidate of Sciences (Engineering) Aleksandr Rulevskiy, and academic staff member of the department, Candidate of Sciences (Engineering) Igor Levanov and Associate Professor Vasiliy Rybakov, have patented a new useful model of an oil filter contamination warning device for an internal combustion engine. The new device will help determine the degree of contamination of the oil filters and the purity of engine oil.

In automobile engines, the purity of engine oil is controlled by special devices and significantly influences the quality of engine operation, which consequently influences its service life. The degree of contamination of oil in a running engine depends on the efficiency of the oil filter, that is, on the degree of contamination. Currently, visual methods are widely used to control the oil level in the engine (the driver periodically does this when he takes the dipstick out of the engine) and its quality (by the colour of the oil on the dipstick). Simplicity of these methods allows the driver to control the level and quality of engine oil directly. 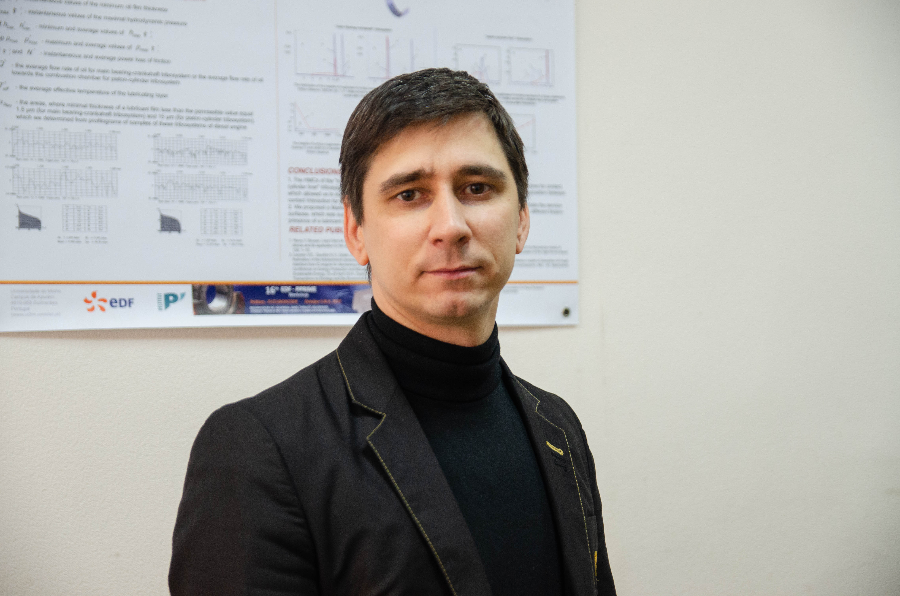 “The disadvantage of the existing systems for monitoring the quality of engine oil lies in the complication of the design of the lubrication system due to the need to connect a pressure meter to the oil filter. There is a need to ensure communication of the electronic control unit with the coolant temperature and engine speed sensors, as well as to transmit a signal from it to the control lamp on the car dashboard. This can be done only at the stage of development and production of new cars,” explains Igor Levanov.

In the proposed model, the scientists of the university have eliminated these shortcomings by simplifying the oil filter contamination warning device.

The oil filter contamination warning device has a cylindrical body with a threaded through hole along its central axis and peripheral through holes. The pressure sensors and the oil temperature sensor are electrically connected to the battery and the warning light on the dashboard of a car. The body of the warning device can be made of various metal alloys, as well as of high-strength heat-resistant polymer material that is resistant to the effects of engine oil. The proposed device is easy to manufacture and maintain.

“Using the proposed oil filter contamination warning device, the driver can obtain important information for the operation of a car. If the control lamp lights up in case of sharp increase in engine speed, and then, after a while, goes out, this means that the filter element is already partially clogged and it is advisable to replace it. If the control lamp lights up during engine operation at constant speed, then this is a sign of complete clogging of the filter element and contamination of the engine oil itself. Therefore, the oil and filter must be replaced as soon as possible, without waiting for the next maintenance of the car,” says Aleksandr Rulevskiy.

Thus, with the help of the proposed oil filter contamination warning device, it is possible to determine both the condition of the filter itself and the level of contamination of the engine oil used in the engine. The use of warning device does not require any changes in the design of oil filters and the lubrication system of the car engine. It can be installed as an additional option on any car, including the one in operation. The device can be installed both at a car service and by the owner of the car.