The MasterCAD-2021 Contest has been organized at the initiative of the Department of Informatics and Information Technologies of the Ryazan Institute (Branch) of the Moscow Polytechnic University within the frameworks of career guidance work with students. Chelyabinsk was represented by students of the Institute of Architecture and Construction of South Ural State University. A certificate of appreciation and cash prize for the third place in the Low-rise Residential and Public Buildings category was awarded to the second-year student of SUSU Aleksandra Nikolaeva.

“Since last September, we started to study the three-dimensional program Autodesk 3ds Max with the students of the Architectural Environment Design programme. The assignment for the spring semester coincided with the assignment for the MasterCAD contest. We just learned how to build a model of a house with the decoration of the adjacent territory, create a trajectory for the camera and render an animation clip,” says the head of the contest projects on computer visualization of SUSU Alisa Kolesova. “The most active students appeared to be Polina Alekseeva and Aleksandra Nikolaeva.”

Original works, representing a video visualization of a 3D model of a capital construction object, were accepted for the contest. The complexity of the model, the design of the local area, animation effects, the complexity of the camera's flight path, lighting and audio effects were also assessed. 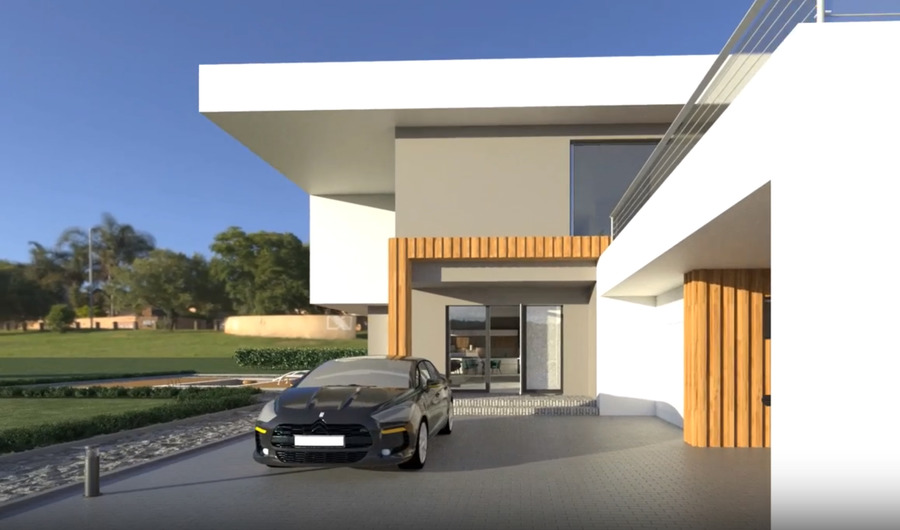 “I really enjoyed participating in the contest. I learned how to create a realistic flight around the house with the imposition of various sounds,” noted Aleksandra Nikolaeva. “If the contest will be organized next year, I will definitely take part in it and try my hand at a more serious project.”

The MasterCAD Contest is held by the Ryazan Institute (Branch) of the Moscow Polytechnic University for the fourth time. It is a professional creative test, which is limited only by the power of computer programs. Computer visualization of building objects includes the creation of information models of the building and its presentation, using this model through an effective and realistic presentation in a video format.