"Science Is Fun!" – a New Project of the Department of Journalism, Advertising and Public Relations of the Institute of Media, Social Sciences and Humanities 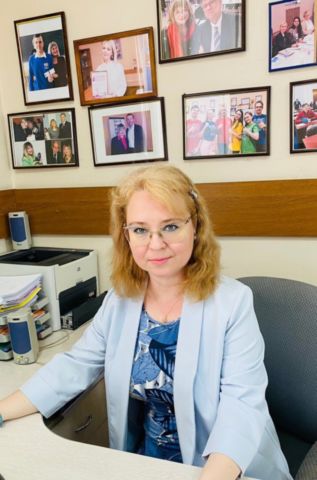 Candidate of Sciences (Pedagogy), Associate Professor of the Department of Journalism, Advertising and Public Relations of the Institute of Media, Social Sciences and Humanities Olga Perevozova has developed a new project "Science Is Fun!" and implemented it in social networks.

The project is an interactive format of popularizing science and promoting the brand of science and scientific interests among young people. It was created on the VKontakte social network, a media resource popular among students, which helps to attract not only young researchers, but also the wider public to science. The account serves as a promising initiation for the involvement of novice researchers and science amateurs; it is an adaptive form of scientific communication that ensures self-development and the formation of media competence of young scientists. The project participants are students and everyone interested in scientific issues in a real present-day society. The project is intended to dismantle all stereotypes associated with the "boredom" of scientific work and "difficult" fundamental and incomprehensible research. The project's motto is "Big Science in Simple Words! Be a Researcher − Be a Scientist!"

"The goal of the project is to attract the attention of young people to science, create an alternative information media resource that would reflect the variety of scientific forms of activity, present scientific materials in an adaptive manner, answer the simplest questions, give explanations and examples of interesting real-life practices of discoveries and achievements," says the project creator, Associate Professor at the Department of Journalism, Advertising and Public Relation of the Institute of Media, Social Sciences and Humanities, Candidate of Sciences (Pedagogy) Olga Perevozova

The project objectives also include strengthening the prestige and status of scientists in Russian and foreign science; promoting scientific ideas to the wide range of the public; expanding the audience and media consumers of all categories and ages; and expanding the geography of participants, involving them in science-intensive issues and problems.

All kinds and genres of information can be found on the account pages: from practical advice on writing research articles and formulating scientific hypotheses to subtle scientific humour and incredible scientific myths!

Already today, the project has obvious measurable results: 354 people joined the group for 6 months of implementation of the project; the traffic ranking includes up to 220 daily views and subscriptions; the audience coverage is regular active participants aged 18 to 35 (62%) from such countries as Russia, Iraq, Finland, Belarus, Kazakhstan, etc. Join the "Science Is Fun" project on the VKontakte social network.