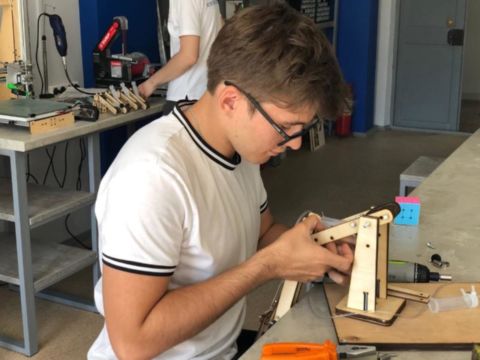 In July 2020, the program for school pupils “Sirius. Summer: Start Your Project”, supported by South Ural State University, began. The goal of the project is to involve talented youth in working on urgent tasks of Russian science and technologies that are the priority for the development of regions. The academic year is coming to an end, and we are ready to sum up the results.

The Laboratory for Computer Modelling and 3D Prototyping, which is part of the Fab Lab (Fabrication Laboratory) and is organized at the Department of Machines and Processes of Pressure Metal Working, has become a platform for implementing the projects created by school pupils of the 7th to 11th form. Headed by the academic staff member of the department Oleg Siverin and with the participation of postgraduates of the department Lev Glebov and Vitaliy Bykov, 14 school pupils studied the basics of engineering and implemented individual projects. The best of these were presented at the "Big Challenges" All-Russian Contest of Scientific and Technological Projects of the Sirius Educational Centre. Four projects fulfilled at the laboratory made it to the finals of the contest. 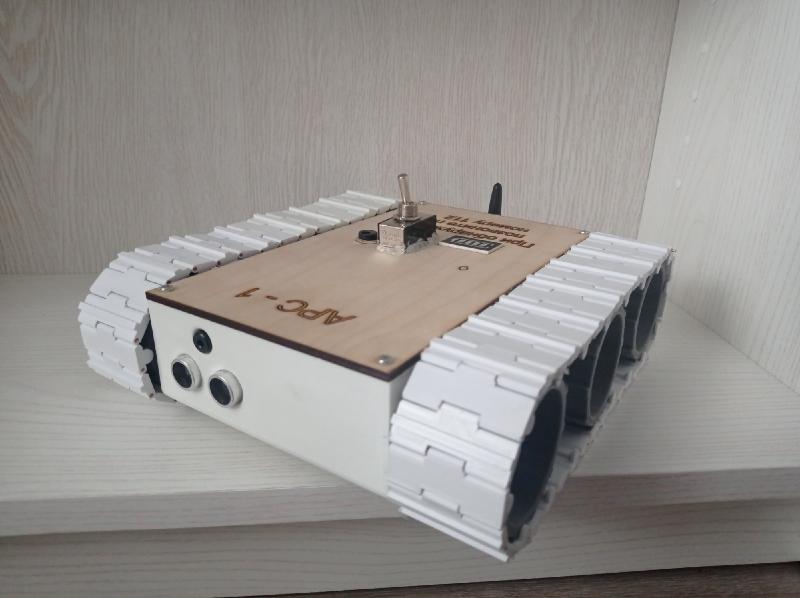 Ilya Fartygin (Municipal State-funded Educational Institution “Lyceum No.11 of the City of Chelyabinsk”, 7th form) with his project “Designing an Unmanned Small-sized Device for Automated Search of People in Emergency Situations” has become the winner of the all-Russian contest and was invited to participate in the "Big Challenges" All-Russian Scientific and Technological program in July.

The specific feature of this laboratory is that the students do not fulfil predetermined work, but implement their own projects “from scratch” in the direction that is interesting to them. This year, installations and mechanisms were proposed that solve problems within the frameworks of several promising fields of science development at once. In the Development of the Arctic and the World Ocean cluster, a prototype of an autonomous apparatus for collecting plastic waste from the water surface was created. Within the frameworks of the Smart City cluster, an automatic garbage sorting unit was created; and in the Unmanned Transport and Logistics Systems cluster, a rescue capsule was also created, which, while moving, is capable of locating people in hard-to-reach places and sending their coordinates. All projects were completed, workable models with a high degree of automation, which was highly evaluated by the experts of the contest.

This academic year is over, but in just a couple of months a new one begins. The Laboratory for Computer Modelling and 3D Prototyping headed by Oleg Siverin invites talented young inventors and future engineers to implement projects