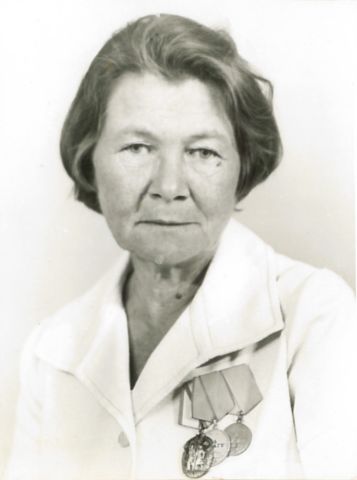 Maria Zubkova was born on April 10, 1922 in Berlin, where her parents worked at the embassy of the USSR. In 1939, after finishing school, she entered the Department of History of Moscow Institute of Philosophy, Literature and History.

After the second year of studies, in September 1941, she was drafted into the army. She served as a medical instructor in a field hospital, and then in a medical battalion of the 376th rifle division on the Volkhov, Leningrad, and the 3rd Baltic Fronts. In 1943 she was wounded, and in May 1944 she was demobilized for disability.

From 1944 to 1946 she continued her studies at Moscow State University (MSU) and after graduation she started her postgraduate studies. In 1950 she successfully defended her thesis. Since September 1952 she taught at the Department of Marxism-Leninism in the Chelyabinsk Polytechnic Institute (CPI).

She was awarded with the Order of the Badge of Honour, Gallantry Medal, Medal for the Defence of Leningrad, Medal for Victory over Germany in the Great Patriotic War of 1941-1945, and other medals.