Interuniversity Campus to Be Created in Chelyabinsk 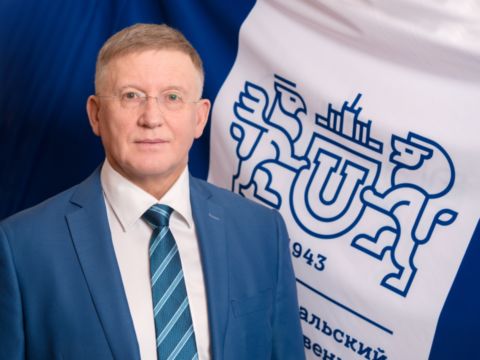 In the coming years, within the trend of synergy of inter-university cooperation, the construction of a modern inter-university campus will continue, which will combine the potential of major regional universities. This was stated today by the Governor Alexey Texler during his annual address to the deputies of the Legislative Assembly of the Chelyabinsk Region.

"Talking to students, I realized one main thing—they are the best. And we will give them opportunities within our region to fulfil their potential. Chelyabinsk and the Southern Urals deserve and are ready to become one of the Russian centres of academic science and education," emphasized Alexey Texler.

The campus should become a focal point for talented young people and a significant architectural element of the new image of Chelyabinsk. It will be an open campus of a new format. It will house modern laboratories, as well as educational and sports infrastructure.

"The campus is not just a building, a dormitory, or a block where students take training; it is a serious scientific project, a new centre for the development of artificial intelligence. There, students and specialists will develop quantum technologies, robotics, and a number of other fields, such as information security," said the SUSU Rector Aleksandr Shestakov. "High-tech enterprises working on artificial intelligence will be located near the campus. We currently have about 15 such companies that are ready to invest funds and build their offices and design departments to make the campus operate properly. This is a centre which will seriously advance the science and education of the Chelyabinsk Region in order to reach the world level."

Now the project is being discussed with the Ministry of Education and Science of Russia and potential investors.

At the beginning of this year an agreement was signed on the creation of a scientific and educational consortium of organisations in the Chelyabinsk Region. South Ural State University put forth the idea of this consortium. The consortium participants include: SUSU, ChelSU, NMSTU, and the South Ural Federal Research Centre for Mineralogy and Geoecology of the Ural Branch of the Russian Academy of Sciences. Combining their experience, skills and knowledge, assets and intellectual property, and organizational and other capacities will allow the consortium participants to coordinate educational, scientific, innovative and economic cooperation, to strengthen and increase the effectiveness of their cooperation with enterprises of the real sector of the economy. The consortium plans to fulfil scientific and engineering developments and improve the competitiveness of the member universities within the task of achieving the target objectives of the Strategic Academic Leadership Program Priority-2030.