100 New Youth Laboratories to Be Created in Russia in 2021 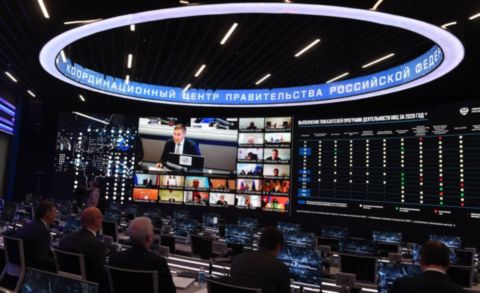 In 2021, 100 new laboratories will be created at universities and scientific organisations in Russia, which will be headed by promising young researchers. This was stated by Deputy Prime Minister Dmitry Chernyshenko at a meeting of the Council of Research and Education Centres (REC) of the world level, which took place in the Government of the Russian Federation on May 19, 2021.

Council members discussed the issue of creating youth laboratories. Dmitry Chernyshenko emphasized that one of the main issues in the implementation of REC activity programs is the personnel. He suggested that promising scientists under the age of 35 should be in charge of new laboratories, as well as 70% of researchers in them should be young people. The Vice Prime Minister said that it is planned to allocate 1.8 billion roubles annually for the purposes in the next three years.

The Rector of South Ural State University, Doctor of Sciences (Engineering), Professor Aleksandr Shestakov noted that SUSU is already preparing a number of proposals for the creation of such laboratories. As soon as the competition is open, the university will take part in it.

“The creation of specialized research laboratories has been discussed before. Now we are talking about the fact that they will be tied to research and education centres. This is a right thing to do since it is important to concentrate financial resources for the development of REC and for attracting young people. It is very important that young people come to science and innovation. They are the ones who move most dynamically today, work effectively, show scientific results, and are engaged in their promotion in industry, and this is the future. The fact that laboratories should be headed by scientists under the age of 35 is a rather strict requirement, but a fair one. On the one hand these laboratories will comply with the topics of the research and education centre, and on the other, with the development strategy of South Ural State University,” commented Aleksandr Shestakov.

South Ural State University is a member of the Ural Interregional Research and Education Centre for Advanced Industrial Technologies and Materials, which was created within the framework of the Science national project to conduct applied scientific research and development of the world level. In 2020, UIREC became one of the winners of the federal competition and received federal status and additional funding for projects among the best ones. The centre participates in obtaining competitive technologies and products, their commercialization, as well as personnel training. The leading universities of the Sverdlovsk, Chelyabinsk and Kurgan regions - UrFU, SUSU and KSU - actively participate in the development of the UIREC.

South Ural State University (SUSU) is a university of digital transformations, where innovative research is conducted in most of the priority fields of science and technology development. In accordance with the strategy of scientific and technological development of the Russian Federation, the university is focused on the development of big scientific interdisciplinary projects in the field of digital industry, materials science, and ecology. In the Year of Science and Technology, it will take part in the competition under the Priority-2030 program.