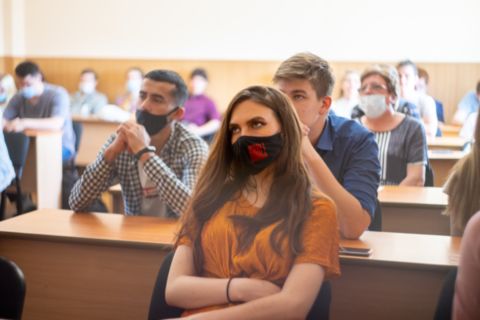 Three days. 150 speakers. Eight Russian cities, including Chelyabinsk. The New Knowledge educational marathon is a project of the Russian society “Knowledge”, during which workers of science, culture, art, government control, top managers of leading Russian and international companies, as well as athletes and entrepreneurs tell their stories of personal and professional development.

"The most relevant and vivid knowledge about the achievements in Russia and around the world, and about the people who are creating the future today. Only real cases, discoveries and products that work here and now," this is how the organizers described the event.

"I would like to work in the embassy or a larger international institution. And today's videoconference will be extremely useful for me", says Valerii Grishmanovskii. "I am glad to have the opportunity to listen to our Minister, an authoritative and experienced person. The views of Sergey Lavrov on various topics related to international relations are important to me. If I had an opportunity to ask him a question, I would ask his opinion on the escalation of the conflict between Russia and other major powers."

Today, SUSU students also listened to the speeches by the Minister of Science and Higher Education of the Russian Federation Valery Falkov; entrepreneur and founder of Tesla Elon Musk; mathematician, Executive Director of the Moscow Centre for Continuous Mathematical Education Ivan Iashchenko with the topic "Why Everyone Needs Mathematics in the Modern World". Ahead is a speech by the Assistant to the President of the Russian Federation Vladimir Medinsky on the "Myths about Russian History". Among the marathon speakers are Director General of Rosatom Corporation Alexey Likhachev; Chief Designer of Innovative KAMAZ Vehicles Sergey Nazarenko; Assistant to the President of the Russian Federation Andrey Fursenko; Russian biologist, linguist, semiotician and psychologist Tatyana Chernigovskaya, and many others. 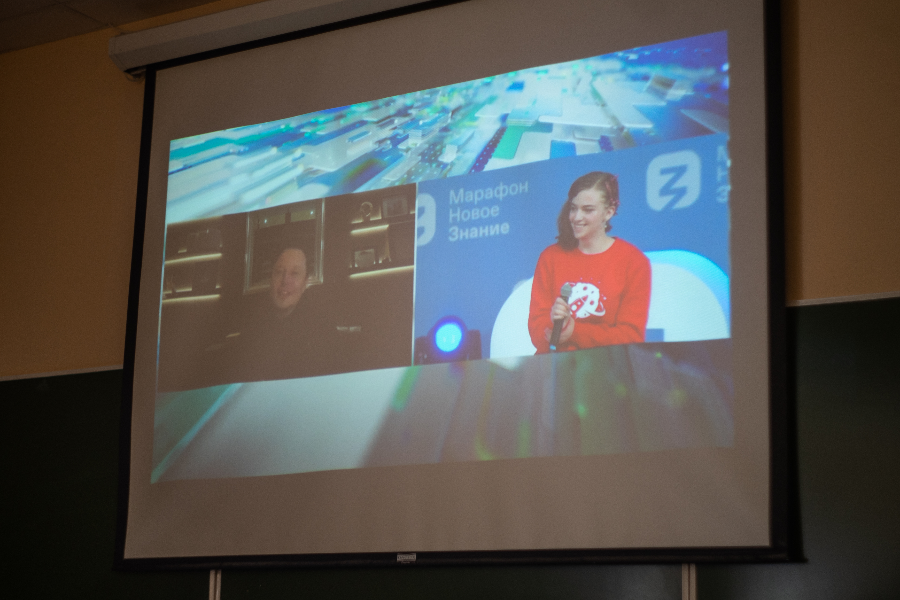 As part of the event, everyone will be able to attend more than 100 discussions, lectures, interviews, master classes, and open lessons. The final day of the marathon is May 22nd. All the marathon events will be broadcast online at marathon.znanierussia.ru, which will allow everyone from anywhere in the world to take part in the event and gain new knowledge.