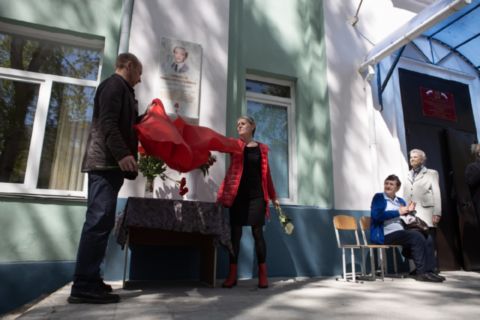 On May 7, the memorial site was opened in the yard of school No. 110, dedicated to Nikolay Simanov, an outstanding graduate of the school, investigator of the Prosecutor's Office of the Central District of the City of Chelyabinsk.

The honor of opening the memorial site was given to Olga Zaikova, Associate Professor of the Department of Journalism, Advertising and Public Relations of the SUSU Institute of Media, Social Sciences and Humanities.

Thanks to the active work of the initiative group, which she created together with the administration of school No. 110, the Council of Veterans of the district prepared a package of documents that went through all the stages of approval, organized a fundraising, installed a memorial plaque and organized a solemn event dedicated to the opening of the memorial. 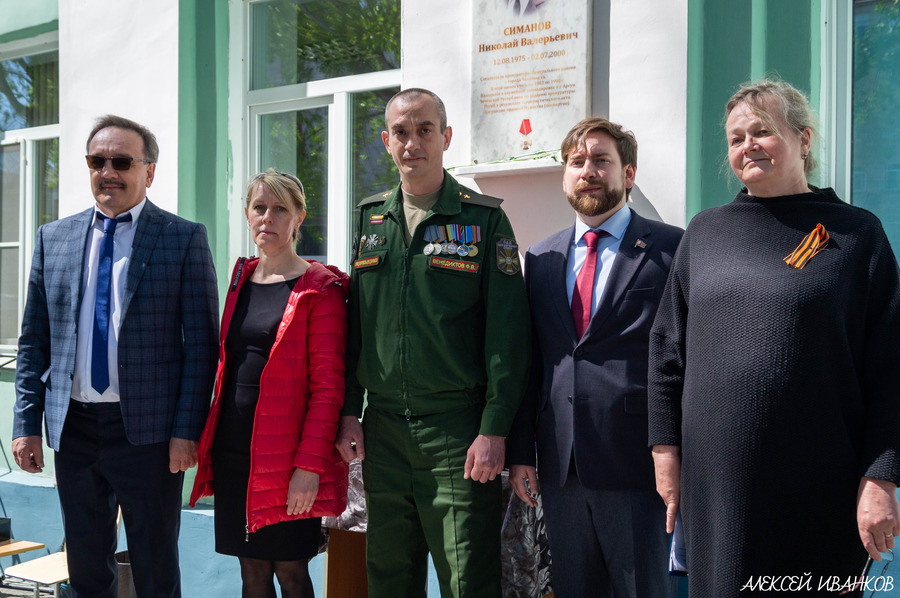 In 2000, Nikolay wrote a statement asking him to be sent to the city of Argun in order to restore constitutional order there. On July 2 of the same year, as a result of a terrorist act committed by Chechen guerrilla fighters, Nikolay died. By the decree of the President, Nikolay Simanov was posthumously awarded the Order of Courage for valour and courage displayed in the line of duty. Nikolay was only 24 years old.

“We, the classmates of Nikolay Simanov, deeply grieve and are proud of his feat. Every year on July 2, friends, colleagues and relatives meet near school No. 110 to honour his memory. That is why we have decided to perpetuate the memory of Nikolay on the building of the school, whose teachers we owe to a lot. I would like to express my gratitude to the teachers of the school Alevtina Peretyatko, Lyudmila Zaitseva, and to the class teacher of Nikolay - Elena Evteeva, I express my gratitude for the help in preparing the accompanying documentation and organizing the solemn event for the opening of the memorial site. After all, the teachers of School No. 110 have raised a generation of worthy citizens of our country. Two students of our school have become holders of the Order of Courage - they are Nikolay Simanov (posthumously) and Andrey Borshchev, many of the school's graduates took part in the hostilities in the Chechen Republic.” 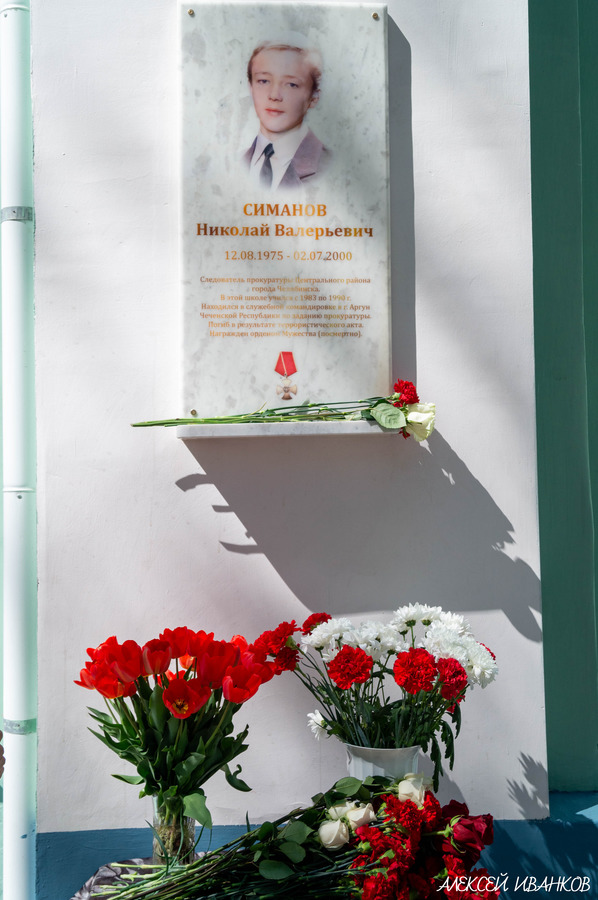 We are currently negotiating with a graduate of the department Vladislav Chukhrov, a leading journalist, author of the documentary “War for Peace”, dedicated to the journalistic investigation of the terrorist act in Argun in 2000 and its consequences. Together with Vladislav, it is planned to shoot the second part of the film, dedicated to the employees of the prosecutor's office and representatives of law enforcement agencies in Chelyabinsk, who were on that ill-fated business trip to Argun”.