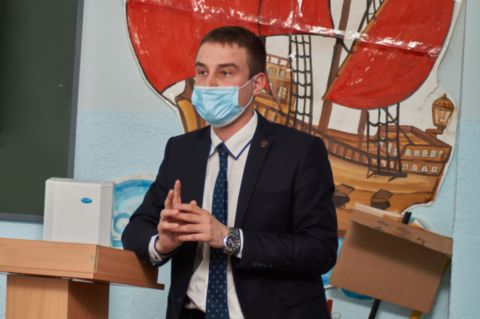 Within the framework of the “Days of Historical Science”, a presentation of the main publishing and research projects, implemented by the teachers of the Department of Russian and International History of the Institute of Media, Social Sciences and Humanities in recent years, took place. A unique eight-volume “History of the South Urals” was presented the first. More than forty leading scientists of the region took part in its creation, including five teachers from the Department of Russian and International History, as well as more than ten employees of various SUSU research and educational centres and laboratories. During the presentation professors Evgeny Volkov, Andrey Epimakhov, Igor Sibiryakov, Aleksandr Tairov spoke about how the work on individual volumes of the publication and on the project as a whole was organized. Director of the SUSU Museum Complex Nadezhda Ivanova stopped at the final phase of the project, emphasizing the important role of SUSU President German Vyatkin and University Rector Aleksandr Shestakov in the implementation of the idea of ​​that popular science edition. 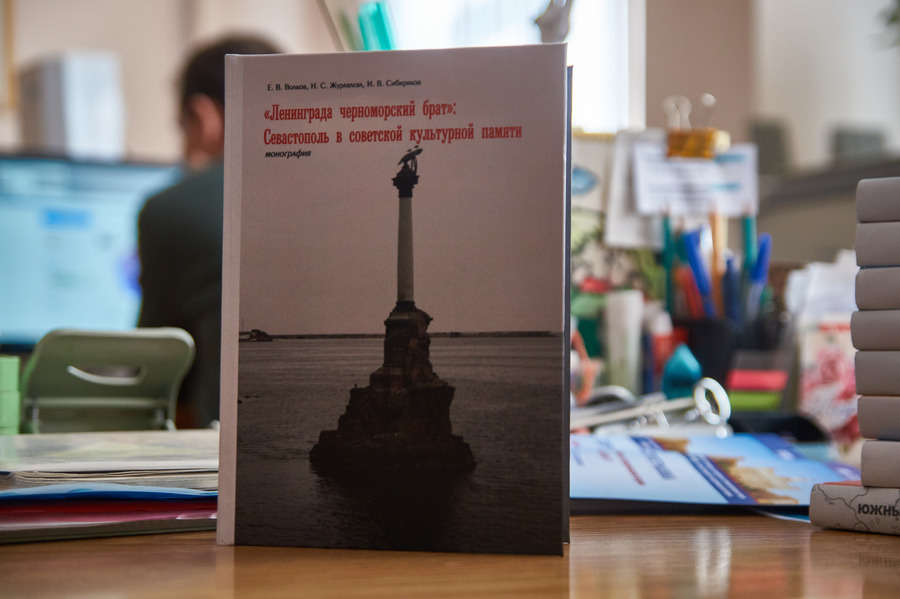 Then a collective monograph by E.V. Volkov, I. V. Sibiryakov and N.S. Zhuravleva “”Leningrad's Black Sea Brother”: Sevastopol in Soviet Culture Memory”, which has been recently published at the SUSU Publishing Centre, was presented. The creative team shared their memories of how the concept of the monograph was born, what difficulties they had to face while writing it. The authors told what the main feature of the book was, the publication of which aroused great interest among scientists in different parts of the country.

A.V. Epimakhov spoke about the work on the monograph “The Gates of Eurasia: the Urals and Western Siberia in the Bronze and Iron Ages”, published by Cambridge University Press and republished in China. He emphasized that in the modern scientific world, professional communications were built differently than 15-20 years ago, which made it possible to implement any publishing projects in various countries.

Head of the Department of Russian and International History O.Yu. Nikonova presented the project “G.F. Zhukov. Letters of a Soldier (1943-1945)”, which reflected the “anthropological” area of modern historical science.

Andrey Avdashkin, senior researcher at the SUSU International Research Laboratory for Migration Studies, shared his experience in organizing monitoring of ethno-confessional and migration situations in the regions of the Urals, Siberia and the Far East.

The “round table” on the “South Ural Transit: a Region from the Prospects of (G) Local History” has become an important event of the “Days of Historical Science at SUSU”. In the course of its work, a wide range of methodological, historiographic, source study problems of modern historical research, implementing a global historical approach, have been discussed. The participants also reflected on the role of the South Urals as a special “non-global” space, which found itself at the centre of global processes and connections.

The workshop on “History and Archaeology in Public Space” conducted by Ivan Semian, Head of the SUSU Laboratory of Experimental Archaeology has become one of the most interesting events. Using specific examples, he has shown what enormous possibilities experimental archaeology has in promoting scientific historical knowledge, combining complex theoretical constructions and research practices. 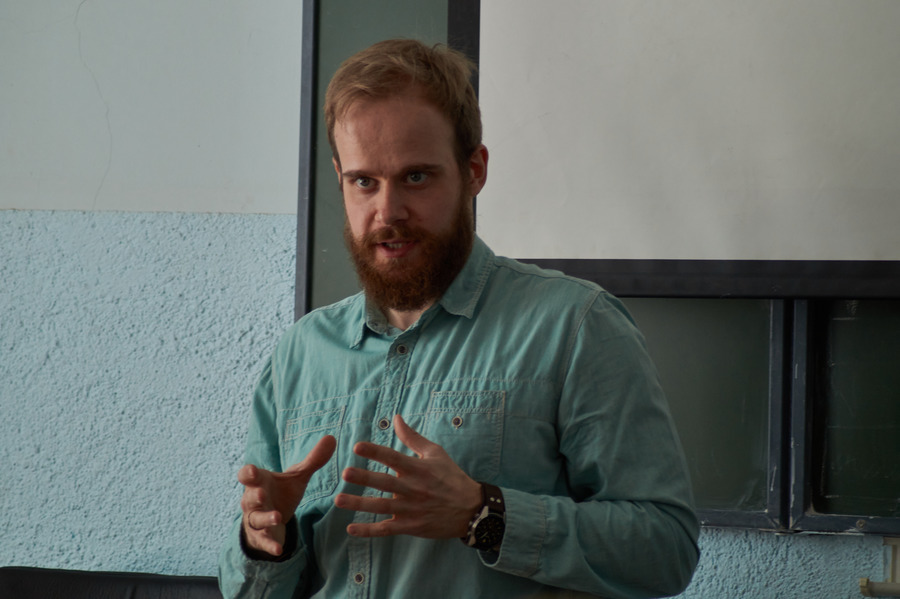 Traditionally, within the framework of the Days of Historical Science at SUSU, scientific conferences of postgraduates and students of the department were held. Based on the results of the conferences, several best reports were identified, the authors of which were awarded with prizes and certificates.

The experience of public scientific speaking turned out to be very fruitful for the students. Makar Litvin noted: “Even from the first year I was attracted to such events, because only here a student could feel like a real scientist! And the conference did not disappoint me. We were able to discuss a huge range of topics and issues. As a rule, the discussions were calm, but there were also heated discussions. On the eve of the defence of the graduation thesis, such an experience was extremely important for me and my classmates.” Master's degree student Daria Shorokhova admitted: “Although I have repeatedly taken part in scientific conferences of the department, this time a lot of excitement has been caused by questions from the expert commission and the audience. In general, the atmosphere seemed friendly to me, a discussion ensued on my topic, during which the participants gave valuable advice for finalizing my research in the future. I would like to thank the Department of Russian and International History for the interesting experience!”

The next meeting within the framework of the Days of Historical Science at SUSU is planned for the spring of 2023. The teachers of the Institute of Media, Social Sciences and Humanities invite all interested parties to cooperation!