Applicant 2021: Rocket Engine Is the Heart of the Rocket 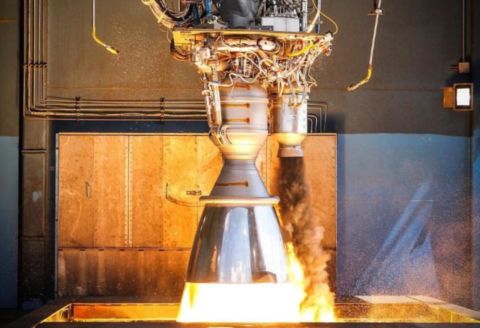 To a greater extent, the success or failure of a particular mission depends on the engine. A rocket engine is a technically complex unit, to design which a large amount of knowledge is required, and this knowledge can be obtained at the Department of Aircraft Engines of the Faculty of Aerospace Engineering of the Institute of Engineering and Technology.

High-scoring applicants, who also have high session results, can gain additional professional skills by attending master classes, electives, and specialized seminars by employers. At the same time, an individual learning trajectory is created, and additional competencies are formed, that develop the ability to solve non-standard problems using a cross-disciplinary approach.

Alumnus of the department, who is now the Dean of the Faculty of Mechanical Engineering of Moscow Polytechnic University Evgeniy Safonov spoke on studying in the 24.05.02 Design of Aircraft and Rocket Engines programme:

“Each of us in childhood, peering into the night sky and observing the myriad of stars, felt the infinity of space and its hidden secrets. It is in childhood when we are most open to the world and space and ask most questions: How to get to the moon? How far are the stars and the sun? The breathtaking spirit of adventure, infinity and mystery guided me in my life when choosing a future profession and speciality that had to be associated with the conquest of space. I decided to become a design engineer for aircraft engines, because that is the only thing that allows you to get closer to the stars and to transcend space. Engine is the most complex unit of an aircraft which contains the most advanced technologies of design and manufacture. The success of the entire space expedition depends on the reliability of the engine. Engine is the heart of the aircraft in which physical media are transformed into huge flows of energy gases, where temperatures reach the values exceeding the melting temperatures of metals. This unique knowledge I acquired while studying at the Department of Aircraft Engines. Thanks to the academics and mentors, I learned how to systematically solve complex multifaceted technical problems, combining thermal physics, fluid dynamics and control. The ability to think outside the box is the most important quality of a graduate of the Faculty of Aerospace Engineering, which the academics have developed in me. They put in me a constant craving for new knowledge and formed the skills of a real engineer capable of solving almost any problem in modern aerospace, nuclear and transport engineering.”

The pathway to the stars lies through the correct choice of a future speciality, which must necessarily be associated with the development and production of aircraft and engines for them.

Yu. Baranovskaya, Deputy Dean for Occupational Guidance of the Faculty of Aerospace Engineering