The software that will help physicists and chemists use the widely used program for quantum chemical calculations has been developed by a SUSU scientist. The results of research are published in a high rated journal “Computer Physics Communications” (Q1, Top-10).

A scientist from South Ural State University has developed software that makes it easier to work with the SIESTA program, which is designed to simplify the work of scientists specializing in quantum chemical calculations.

SIESTA is a console program, thus processes can only be started via the command line. Thanks to the development of the program “The Graphical User Interface for Density Functional Theory” (GUI4dft) by Candidate of Sciences (Physics and Mathematics), Associate Professor of the Department of Nanoscale Systems Physics of the SUSU Institute of Natural Sciences and Mathematics Sergey Sozykin, SIESTA now has a graphical interface that allows you to give commands by clicking the mouse buttons. In addition, the created software combines the functions of additional software, which are necessary for the interpretation of the program's calculations. Since, the input and output data are transmitted in text files.

“I have been a user of SIESTA for over 10 years, and from the very beginning I have created programs that facilitate the implementation of various operations. In 2012, I registered a computer program focused on the Windows operating system. Now I’ve decided to create a qualitatively new software product that works with all major operating systems and is more convenient to use than the first version,” said Sergey Sozykin. 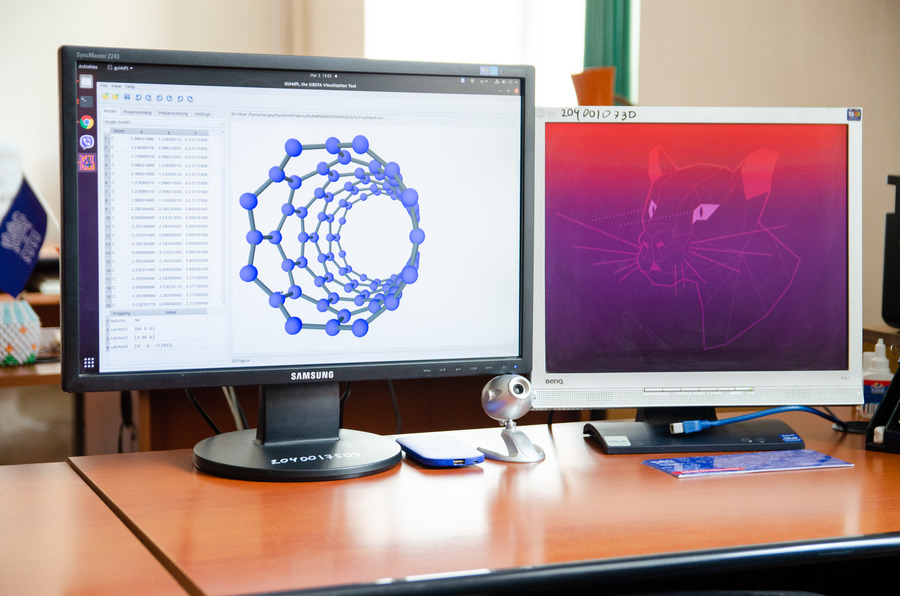 Software works on all operating systems

The scientist did all the work on his own; it took six months to create the program. Then it was improved for better usability. There are no analogues of the GUI4dft program available for mass use, according to Sergey Sozykin.

Having received a certificate of registration in the Unified Register of Russian Programs for Electronic Computers and Databases, the scientist has published GUI4dft on the website github.com. The software is distributed free of charge and is intended for the scientific community.

“In the scientific community, all programs are basically written for the operating system Linux and Mac OS; that is why I have developed my software product, focusing, among other things, on them. The first users of the program were my graduate students who appreciated its convenience. Improvement of the program will be carried out according to the feedback and suggestions of users,” added Sergey Sozykin.

The benefit of the development was noted by the colleagues of the scientist. At the final stage, the work was supported within the framework of a state assignment under the supervision of Ekaterina Bartashevich, Doctor of Sciences (Chemistry), leading researcher of the SUSU Research Laboratory for Multiscale Modelling of Multicomponent Functional Materials.

South Ural State University is a university of digital transformations, where innovative research is conducted in most of the priority areas of development of science and technology. In accordance with the strategy of scientific and technological development of the Russian Federation, the university is focused on elaborating major scientific interdisciplinary projects in the field of digital industry, materials science and ecology. In the Year of Science and Technology, SUSU will take part in the Priority-2030 program contest. The university also acts as a regional project office of the World-class Ural Interregional Research and Education Centre (UIREC).