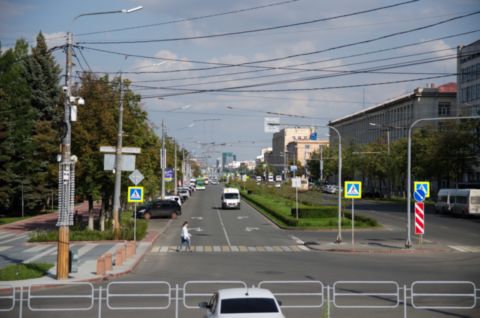 The SUSU team of scientists continues to work on road transport monitoring within the Smart Transport project. Experts improve the program they created using neural networks. In the latest study, they paid attention to measuring the speed of vehicles. The accuracy of the method proposed by scientists exceeded 90%. They published the research in the highly-rated Journal of Big Data (Q1).

Artificial intelligence will measure the flow rate with high accuracy

The growth in the number of vehicles is one of the problems of modern large cities. Traffic during rush hours reaches and often exceeds the actual capacity of roads. High traffic concentration increases the number of accidents; minor traffic incidents lead to congestion as well. Intelligent transport systems (ITS) must quickly identify, predict and respond to changes in traffic parameters. Nowadays, ITS is a deployed outdoor sensor network that uses survey cameras to obtain digital data from the visual stream. There are high demands on the performance of the data collection and interpretation system, however, some equipment has a low resolution and frame rate. There is also the problem of overlapping the camera viewing angle with poles, signs, and other infrastructure objects. It decreases the accuracy of counting and determining the speed of vehicles.

Scientists of South Ural State University have been dealing with this problem for two years, offering new ways to solve it. They have already created a unique program that collects and sends information about the traffic situation in real-time. Up to 400 parameters are analyzed simultaneously, and the data error is less than 10%. The software was patented.

In a new study, a team of scientists developed and tested a methodology for measuring vehicle speed that surpasses existing analogs. The measurement process complicated by a large number of possible trajectories of movement, as well as the direction of the camera's center of view, is not perpendicular to the vehicle movement trajectories. 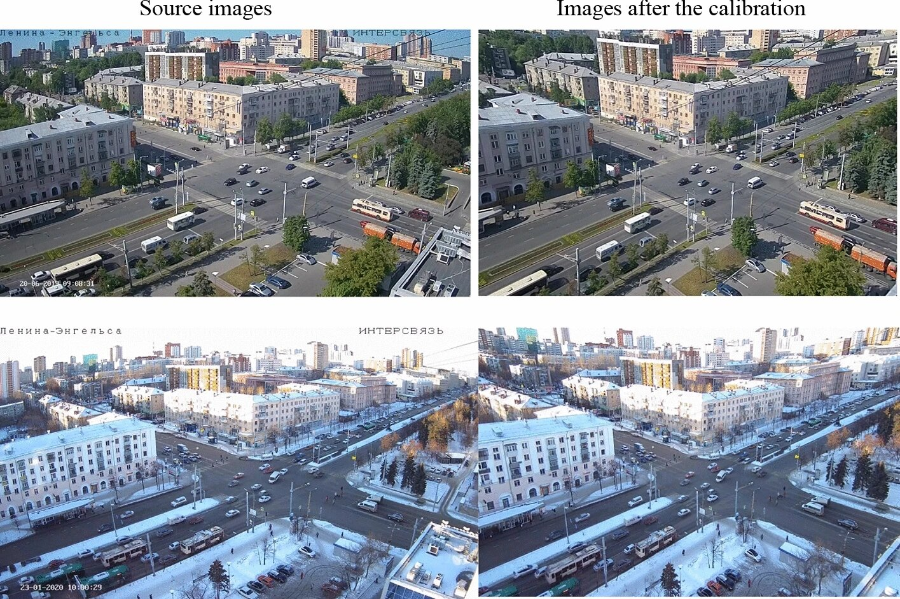 To form a dataset for the neural network, the scientists labeled 6,000 images. They also adjusted the focal length, angle, and height of the camera. Using the developed optical flow method, they determined the speed of movement of the edge pixels. Thus, the vehicle speed is calculated from the ratio between image pixels and road width. Besides, the physical coordinates of the vehicle are converted to geographic coordinates.

The scientists tested this method at night and during the day at six crossroads in Chelyabinsk. The absolute percentage accuracy of calculating vehicles was at least 92%, and the error in determining the vehicle speed did not exceed 1.5 kilometers.

The scientists developed a methodology that provides real-time reliable traffic data, reducing the requirements for peripheral equipment. This technology can be helpful in cities with traffic regulation problems for their quick and effective solution.

SUSU representatives noted that the research continues. Such problems as overlapping and blocking objects, detailed classification of vehicles, determination of emergencies still exist. At present, all the problems are being investigated by specialists from the Institute of Engineering and Technology within the framework of the Smart Transport interdisciplinary project and will be implemented shortly.

South Ural State University is a university of digital transformations, where innovative research is being carried out in most of the priority areas of science and technology. Following the strategies of scientific and technological development of the Russian Federation, the university is focused on large scientific interdisciplinary projects in the field of the smart industry, materials science, and ecology. Within the framework of these directions, objects of metallurgy, mechanical engineering, energy, safe space of urban infrastructure are being investigated.

SUSU is a member of the 5-100 Project, aimed to enhance the competitiveness of Russian universities among the leading research and educational centers.