SUSU Has Taught Neural Networks to Track the Flow of Traffic 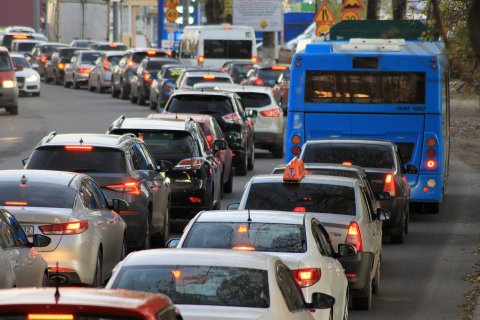 Artificial intelligence can help control the flow of traffic in cities. Scientists from South Ural State University have taught a neural network to do this, having developed an intellectual system for monitoring the flow of traffic in real time. The group have obtained a patent for this unique technology, and now it’s being prepared for a pilot run.

The scientists will be able to obtain additional support for their development as part of the Year of Science and Technologies, which was announced by the President of the Russian Federation in 2021.

Patent for the Unique Development

Automotive traffic in large Russian cities is only increasing, and controlling traffic flows is becoming increasingly difficult. To solve this problem, several programs were created to collect information from highways. However, the delay in data transfer was up to 15 minutes. Scientists from South Ural State University came up with their own solution and developed a unique smart system for monitoring traffic flows using artificial intelligence. This is part of a larger Smart City project, which involves the use of information and communication technologies to manage the functioning and development of the metropolis.

The program collects and sends information about the situation on the roads in real time. Up to 400 parameters are analyzed simultaneously, and the data error is less than 10%. This was achieved by using trained neural networks. These networks enable this work to be completed without large expenses for server equipment and video cameras.

Teaching staff, postgraduates, and students from the Departments of Automotive Engineering, Applied Mathematics and Programming, and System Programming of South Ural State University are involved in creating the promising development. Now a patent has been obtained for the software developed by them—an intellectual system for monitoring road traffic and transport infrastructure. 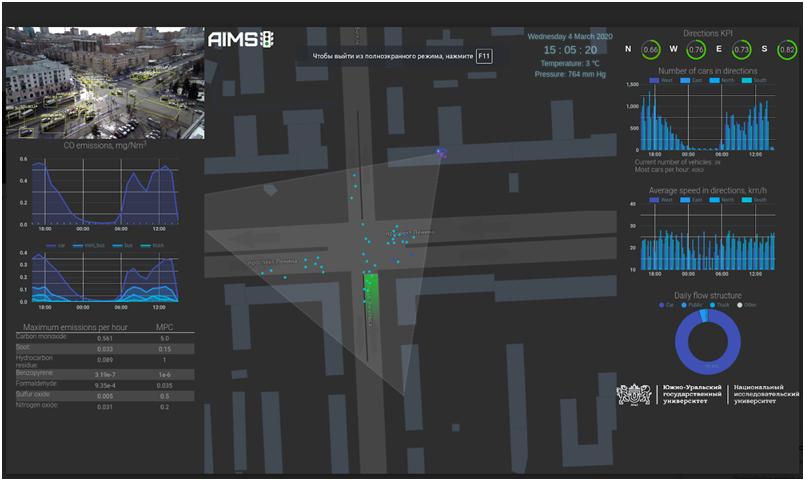 "Currently, our group is developing methods and algorithms for big data processing to create a unified decision-making system for the entire transport system of the city based on artificial intelligence. The developed system, based on the integration of modern information and telematic technologies, is designed to provide automated search and selection of the most effective traffic management scenarios. Real-time collection and processing of big data allows the Intelligent Transportation System (ITS) to instantly assess the current conditions, create alerts about incidents, predict developments, and make management decisions," commented Vladimir Shepelev, Head of the Smart Transportation project, Associate Professor of the Department of Automotive Engineering at the SUSU Institute of Engineering and Technology.

The scientists plan to commercialize the patented technology. The monitoring system attracted interest even during its development: for example, in 2019 it was tested at a crossing in Tyumen. The St. Petersburg Department of Transport was also interested in the intelligent system, which can be used to predict congestion and collect and process data on emissions from motor vehicles.

Improvements continue to be added to the system

The intelligent road transport monitoring system is being improved, and all scientific developments are recorded in highly ranked scientific journals. The latest article related to this patented technology was published in Transport and Communication (Q2). In it, SUSU scientists proposed a new system to analyze the situation on the roads to solve the problem of traffic congestion.

The methods which serve as the foundation of the system provide accurate detection of road users: both large and small vehicles and pedestrians—everything that affects the congestion of crossings—are recorded. The developed solution surpasses the existing algorithms in accuracy and speed of information transfer.

"We have developed a data collection system for vehicle detection in urban traffic monitoring. It is a software based on neural networks. To train the system, we collected a data set with about 1000 images for each crossing, taken at different times of the day under different weather conditions. This allowed us to obtain data in all conditions without loss of quality. Statistical analysis of the collected information using factor, cluster, regression, and multivariate scaling methods allowed us to identify the most important characteristics of crossings that affect their throughput under congested conditions. This analysis made it possible to make capacity predictions depending on the initial parameters of the crossings, subject to the implementation of intersection segmentation by initial characteristics and visualization of the obtained results," explained the authors of the study.

The team of SUSU scientists is planning further research as well. The specialists intend to use data from sensor-based traffic cameras to determine traffic with and without congestion on the roads. Such research will improve the road and traffic infrastructure of the city networks—this is the purpose of using an intelligent monitoring system.

Research in digital industry is one of three strategic fields of development of the research and academic activities at South Ural State University alongside ecology, and materials science.

SUSU is a participant of Project 5-100, dedicated to enhancing the competitiveness of Russian universities among leading global research and education centres.