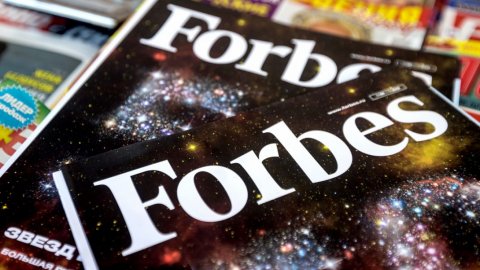 Forbes has published the results of the Annual Ranking of the Top 100 Russian Universities, in which South Ural State University has ranked 26th. The university has shown the best results over the years the ranking is being published, having outperformed many universities from Moscow and St. Petersburg.

The Forbes ranking of the best universities in our country has been published for the third time now. The 2020 ranking methodology has undergone significant changes, which has had a significant impact on the final results. So, in the Quality of Education metric, a new Quality of Teachers indicator has been added, which assesses the level of wages of teachers, the ratio of teaching staff and students, as well as the presence and share of foreign teachers. This indicator is the strongest for SUSU.

For the International Activity indicator, the scope of the assessed criteria has also expanded, including the share of international students, the organization of foreign internships and joint double-degree programs with foreign universities. The constant work of SUSU in this direction contributes to the promotion of the university in the international arena.

Forbes jointly with the Avito Job service conducted a study that assessed the level of demand for graduates. The results of this study formed the basis for the Quality of Graduates indicator. According to the results of the research, SUSU received 8.83 points, which exceeds the results of many universities. This testifies to the competent interaction between employers and graduates, as well as the compliance of the implemented educational programmes with the demands of the labour market.

One of the distinguishing indicators of the ranking is the Forbes Factor, which reflects the elitism of a university. In the current edition of the ranking, Forbes took into account the presence of universities in the leading world rankings, QS World University Ranking and THE World University Ranking, which SUSU has been part of for several years.

More details on the ranking results