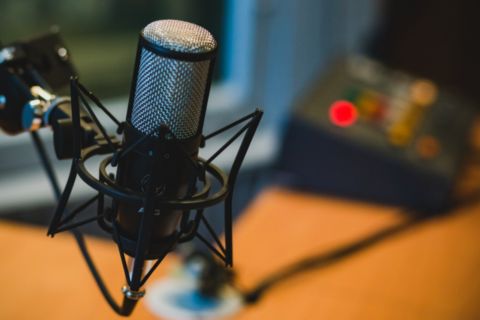 In December, the results of the “Zlatoust” (“Silver-tongued”) Young Orators Contest were announced. Students from South Ural State University were the victors in the category "International Students". Their speech presentations were evaluated highly by the expert jury.

This year's speaker competition was held online. Participants from different educational organisations in the region recorded videos and sent them to the event's VKontakte group.

According to the results of the competition, Dinara Shadovletova, a South Ural State University student, took the 1st place in the "Foreign Students" nomination with her performance of "Medals for battle and medals for labour are cast from one and the same metal".

“The main thought I tried to pass through to the audience was that it is not just soldiers and officers who fought for the freedom of the motherland. The whole country—children, women, writers, musicians—rose to fight the enemy,” said Dinara.

The 2nd place went to Bose Upasak, student of the Preparatory Faculty of the Department of Russian as a Foreign Language of South Ural State University. Bose spoke about why modern people need folk art.

“The pace of life for the modern person is increasing. Technologies are entering all of our spaces. Despite this, have you noticed that we all want to stop, relax, and get in touch with our roots? We can find them in our folk art. It tells us about our history. About the moments which we cannot, alas, ever return. This is what makes every country, every culture distinct, unique. And by listening to folk songs, reading folk texts, looking at folk décor, you marvel at the simplicity and harmony of our ancestors. Folk art must be protected. Losing the past means losing the future. Everything is in our hands today,” said Bose.

“Why has folk art become so in demand for modern man? Interest in traditions and the old ways is always high in turning points in the development of societies, and this is precisely such a period,” noted Sukhrob.

The main goal of the Zlatoust Young Orators Contest, which has been held for nearly 20 years now, is to bring attention to the spiritual and moral education of young people and the problems of modern Russian language.