Heroes of the Fatherland Day Celebrated at SUSU The event began with the performance of the songs From the Heroes of Bygone Times and A Song of Anxious Youth by Primavera Choir, and then an exhibition "South Ural Residents, Heroes of the Russian Federation" dedicated to our compatriots was opened. On four stands one can see the photographs of soldiers, officers, pilots and cosmonauts who did heroic deeds in the call of duty, united not only by a common honorary title, but also by the fact that all of them lived, studied, worked, or served on the territory of the Chelyabinsk Region. 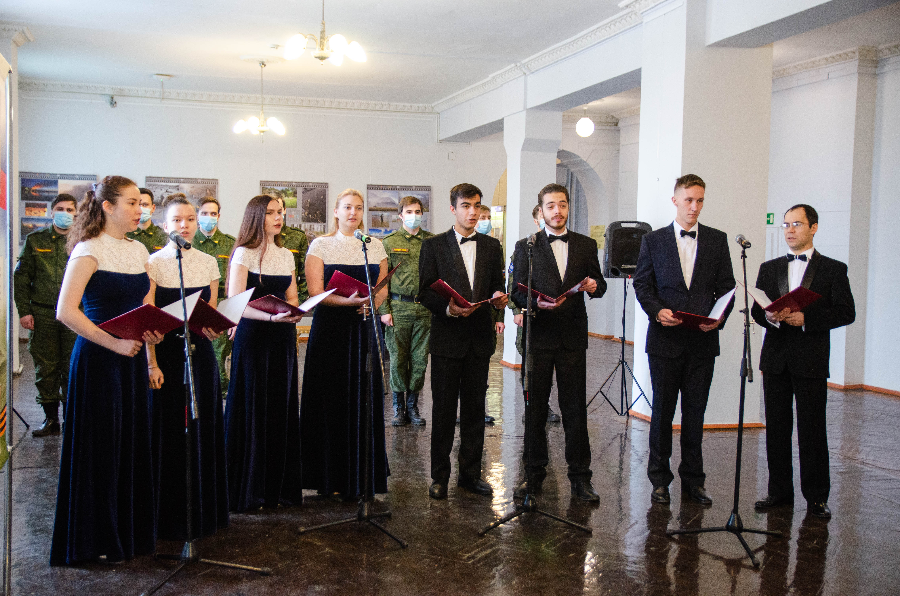 "Such exhibitions are important because we must always remember our heroes, and honour the memory of them and know what deeds they did. This is a part of our history and an excellent example of how to act in critical situations," said Egor Ustinov, Chairman of the Student Union.

The exhibition "Heroes of Russia. Chelyabinsk Region" was opened by colonel Konstantin Krikunov, Deputy Head of the SUSU Military Training Centre, who, when addressing the participants of the event, noted that deeds are done not only on battle field. Nowadays, cosmonauts, who risk their lives for science, and ordinary citizens, who are ready to rush to help anyone in need, become heroes, too. Konstantin Krikunov specifically emphasized the work by volunteers who, along with special services, are always ready to provide the necessary assistance and thus can also be called heroes.

That is why, on the Heroes of the Fatherland Day, the Presidium of the Council of Veterans of the Chelyabinsk Region decided to award the most active participants of the volunteer movement of South Ural State University. Students Beniamin Gevorgyan, Anastasia Ershova, Daniil Kim, Andrey Kovalev, Nikita Kovalev, Aleksey Korovin, Andrey Lupu, Polina Patrusheva, Aleksandr Pryadein, Egor Ustinov, Mikhail Shvyrkov and Victor Froidenberger received certificates of appreciation. 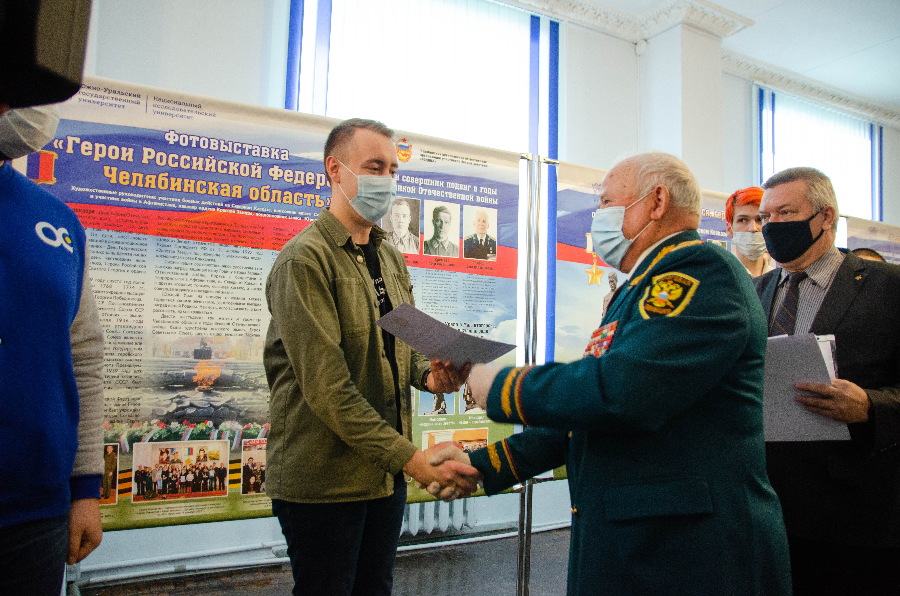 Also, the Presidium of the Council of Veterans of the Chelyabinsk Region awarded prizes and certificates to the winners of the presentation contest among school students of our region, which was dedicated to the South Urals residents – our Heroes.

The awarding ceremony was held by Anatoliy Surkov, lieutenant general, Chairman of the Regional Council of Veterans of War, Labour, Armed Forces and Law Enforcement Agencies of the Chelyabinsk Region.

He spoke on why it is important to remember the heroes of the past and who can be called heroes of our days:

“It is important to remember that you are not born a hero, you can only become one! And, probably, in the life of every person, in every profession there is always a chance to do a deed. For example, today medical workers risk their health and their lives, but nevertheless they go to work every day to save other people. Unfortunately, nowadays the very concept of a “hero” has become very distorted: for many, artists, musicians and celebrities have become heroes, and our task is to remind young people that thinking this way is not right. We must remember the real heroes of our past, since as long as we remember them, they live on. Let the deeds of these people and their way of life inspire us to new achievements!” 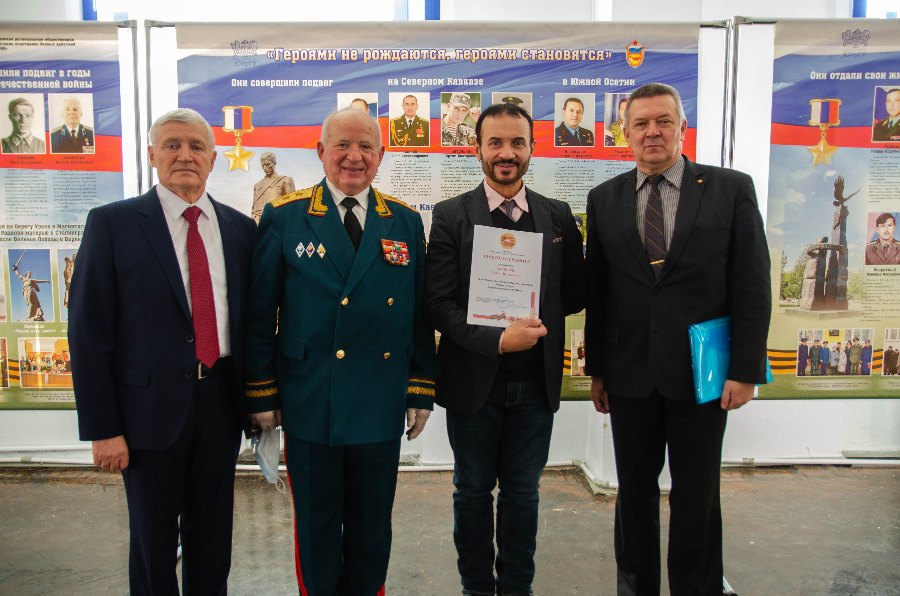 Senior inspector of the Extracurricular Activities Office, retired colonel Yuriy Meshkov, noted that the opening of the photo exhibition is organized within the framework of the programme on Civil and Patriotic Education of SUSU Students. Each country is proud of its heroes. It is on the example of selfless devotion to the Motherland of such people that patriotism is fostered among our country's younger generation.

The exhibition will be working: