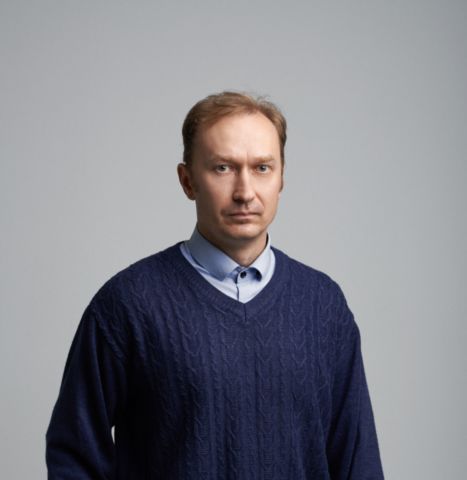 Associate Professor of the Department of Russian Language and Literature of the SUSU Institute of Media, Social Studies, and Humanities Denis Pelikhov participated in the filming of the TVP Polonia television program "Słownik polsko@polski" (Wroclaw, Poland), dedicated to the Polish language and culture of speech.

During the program, Professor Jan Miodek (linguist, professor of humanitarian sciences, former Director of the Institute of Polish Philology of University of Wrocław, member of the Committee on Linguistics of the Polish Academy of Sciences, author of popular scientific books on the Polish language) answered viewer questions online, explaining difficult etymologies of various words, their meaning, and the correct use of particular grammatical forms. 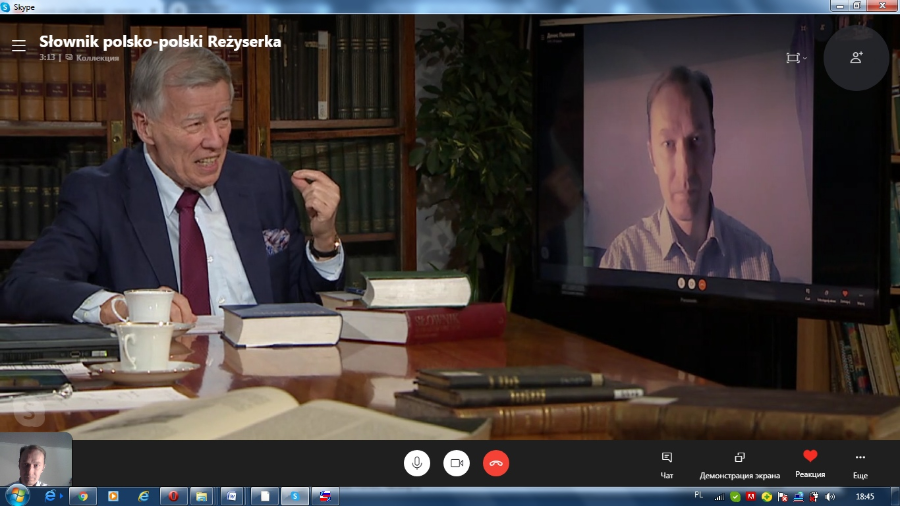 This was the second time that Denis Pelikhov was invited by the program’s hosts—Doctor Justyna Janus-Konarska and professor Jan Miodek—to participate in this project as a translator and teacher of the polish language. For many years now, Denis Pelikhov has been teaching Polish to Philology students of the Institute of Media, Social Studies, and Humanities; and his students frequently win translation contests.

Denis Pelikhov is an active translator of texts from Polish to Russian. For more than seven years (2012–2018), he worked at the journal New Poland (Warsaw, Poland) as a translator; he is currently working with the Polish Book Institute (Krakow, Poland) and regularly takes part in the work of international translation seminars (under the guidance of A.P. Nekhay—poet and member of the Union of Translators of Russia). Denis Pelikhov has won international contests in the translation of Polish poetry and prose several times and has also trained the winners of translation contests among school children and university students.

Among his translations are scientific and journalistic materials, as well as fiction literature works by such authors as Czesław Miłosz, Tadeusz Różeviewicz, Beata Obertyńska, Jacek Kaczmarski, Anna Czerwińska-Rydel, Jakub Eker, Anna Piwkowska, and others. Denis Pelikhov’s translations have been published in books and on websites in Russia and around the world. One of his most recent works has been a translation of the children’s novella My Grandma Loves Chopin by Anna Czerwińska-Rydel.

"Speaking with Professor Miodek," notes Denis, "is always an introduction to something new; even if the Professor talks about something that you know well, he gives examples and facts that you can't read in a textbook and you can't find on the Internet. His answers to the questions he is asked are always an improvisation. When I asked the editor of the program Dariusz Dyner if it was necessary to send questions in advance so that the Professor could prepare, and Mr. Dariusz said that it was not necessary, because it is much more interesting to watch a live conversation, rather than one prepared in advance. Indeed, Professor Miodek’s answers are always lively: the researcher reflects aloud, looking for the right words and consulting the dictionaries lying before him on the table."

According to Denis Pelikhov, participating in this program is priceless, especially when you are a teacher of Polish and must have impeccable knowledge of its grammar.

Link to the program: https://vod.tvp.pl/video/slownik-polskopolski,wodzire

Link to the novella My Grandma Loves Chopin by A. Czerwińska-Rydel: https://www.wydawnictwoliteratura.pl/ksiazki/dla-dzieci/moja-babcia-kocha-chopina