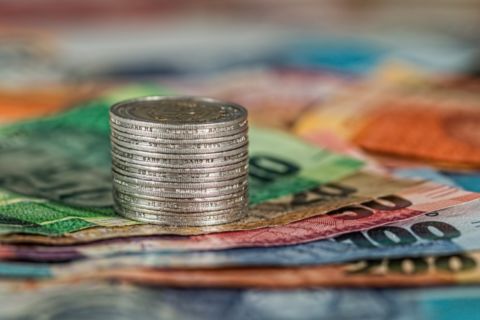 Islamic banking is developing at an impressive speed, and for this reason the understanding of this process is of interest to scientists in the context of economic growth of the countries under different economic conditions. Jointly with the colleagues from Tunisia, Oman and the United States, Doctor of Sciences (Economics), Professor of the SUSU School of Economics and Management Aviral Kumar Tiwari has analysed the relationship between the development of the Islamic banking and the economic growth indicators in Islamic countries of the Middle East and North Africa, as well as other countries. The research results have been published in the highly rated scientific journal Economic Systems.

Islamic Banking as a Growth Factor

Islamic banks provide a significant share of their loans for the construction and real estate projects, what in turn contributes to the expansion of the fixed capital, which is the main source of the economic growth. They can increase the savings of people who are holding off on keeping their money in deposits in conventional banks, what consistently increases the number of domestic savings and the share of financial intermediation. Islamic banks also contribute to the financial stability, which is a catalyst for the economic growth.

In their study, the scientists have examined the impact of the development of Islamic banking on the economic growth in the countries of the Near and Middle East, North Africa and the Persian Gulf.

The scientists have considered various economic and financial key factors in the relationship between the development of the Islamic financial sector and the economic growth. The government consumption, foreign direct investments, human capital, inflation, oil production, trade permeability, the rule of laws and terms of trade were reviewed to further analyse the economic growth of the countries developing Islamic banking.

“We believe that all the variables of Islamic banking (loans, net loans, deposits and the size of the Islamic bank) have a positive effect on the economic growth at the normal and slow development of the financial sector, while in the context of the rapid expansive development of the financial sector, Islamic bank loans reduce the economic growth for Islamic countries. It is possible because of the higher distribution of risks during economic “overheating” or due to their propensity to invest in real estate, what may not be very productive,” explains Dr. Tiwari.

The result of the study has proved the assumption that there is an asymmetric relationship between these two variables in different economic conditions.

“Politicians must implement economic and financial reforms to stimulate foreign direct investments and ease the restrictions on foreign investment. This is the target of future innovations recently adopted by the Gulf States (for example, the Vision 2030 strategy for Saudi Arabia and Qatar). In addition, banks should be careful in allowing accelerated lending to the private sector. Finally, the authorities must support the increased investment in human capital to enable the economy to grow faster, and the increase in trade permeability can be a favourable factor for the economic growth,” says Dr. Tiwari.

According to the SUSU scientists, the results of this study will have important political implications. The conclusions made by the scientists will help form the basic principles of the new economic policy for the countries of the Middle East and North Africa.

South Ural State University is a university of digital transformations, where innovative research is carried out in most of the priority fields of science and technology development. In compliance with the strategies of the scientific and technological development of the Russian Federation, the university is focused on big scientific interdisciplinary projects in the field of digital industry, materials science and ecology.

SUSU is a participant of Project 5-100, which aims to increase the competitiveness of the Russian universities among the world’s leading research and education centres.

We would like to thank E.M. Kolmakova, Associate Professor of the Department of Economic Theory, Regional Economics, and State and Municipal Management of the School of Economics and Management, for the assistance in preparing the material.