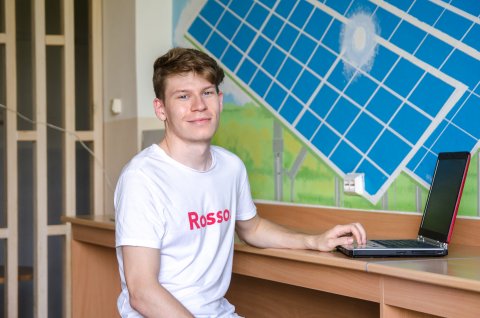 Controlling the observance of the Noise Ordinance by using modern technologies is the essence of the idea by Kirill Sukhorukov and Nikita Zhidovkin, active participants of the events being held the “University Boiling Point” Centre for Collective Work at SUSU. They are working on creating a noise detector for residential houses. This system will warn the excessively loud residents that they are violating the peace and quiet law.

The “Smart-Noise” system, which will help control the observance of the Noise Ordinance, is being created at South Ural State University by the graduates of the School of Economics and Management Kirill Sukhorukov and Nikita Zhidovkin. With the help of their development the fellow alumni wish to solve the main problem of apartment blocks – noise in unauthorized time.

According to the graduates’ idea, the “Smart-Noise” will be detecting the excessive level of noise in decibels. The information received by the system will be used to send out a warning for the noisy residents, and in case the violation is repeated – to inform the relevant services and authorities (public housing and utility office, or the Ministry of Interior).

The authors came up with the project’s idea while playing the game on “How to Make the World a Better Place by Using Information Technologies”. This was held at the “University Boiling Point” within the “Idea and Start-up Factory”. Kirill Sukhorukov and Nikita Zhidovkin noted that they themselves had repeatedly faced the problem of noisy neighbours, so they invented a way to automatically register the violations of the Noise Ordinance.

“We have analysed the key words in the search inquiries for “noisy neighbours” in the Yandex search engine, and found that 28 thousand of such inquiries per month are made in Chelyabinsk only. Then we realized that this topic is a burning one, and that means there is a possibility to commercialize it if we develop and implement an integrated technology of registering the excessive level of noise in apartment blocks,” shared Associate Professor of the Department of Applied Mathematics and Programming, Deputy Director of the “University Boiling Point” Centre for Collective Work at SUSU Elena Bunova. 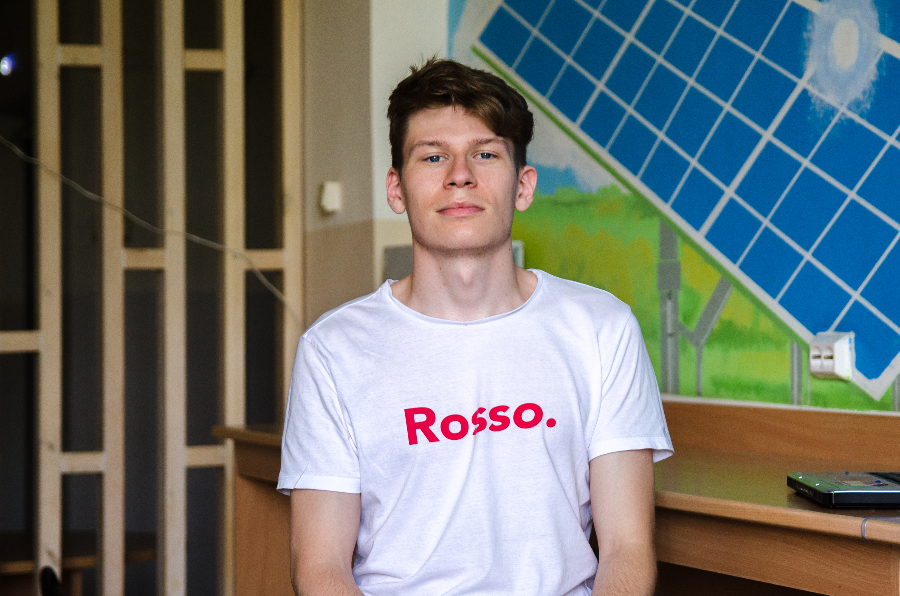 Photo: Kirill Sukhorukov, author of the project of the “Smart-Noise” integrated system

The suggested idea fascinated the students so much that they continued to develop it and even wrote their diploma thesis work on the topic of creating the “Smart-Noise” start-up.

“For now, the market does not offer such an integration system based on using sensors, detecting the excessive level of noise, and promptly registering this fact. Similar services are only offered by the firms, which send their specialists with noise-measuring instruments to the site of violation. However, it’s expensive and not always efficient since these organisations cannot respond immediately. And if a disturbed neighbour records the noise him-/herself, such an audio file will not be accepted as evidence in court, for instance. Our detectors should solve this problem,” shared Kirill Sukhorukov.

The graduates developed a business plan, selected the software and hardware required for the detector’s production (a noise detector for reading out information from the surrounding environment, and a microcontroller for the information analysis), and wrote the code, which would ensure the operation of the devices. With its help the detector and controller will be switched on only in due time: from 22:00 on week days, and from 23:00 on weekends.

The determining of the system’s architecture and selection of the data processing protocols were assisted by Associate Professor of the Department of Applied Mathematics and Programming, Deputy Director of the “University Boiling Point” Centre for Collective Work at SUSU Elena Bunova, and by senior lecturer of the Department of Information Technology in Economics Viktor Perevedentsev.

The project authors believe that their idea is relevant to the concept of the Smart House, a project being fulfilled by the students of the Department of Information Communication Technology Vyacheslav Ivanenkov, Aleksei Glebets, Aleksandr Manilkin, and their academic advisor, senior lecturer Dmitry Piskorskii. The team is already working on the modules of the security alarm; automatic control of the illumination level; solar panel rotation control; and automatic temperature control. The joint team would have more possibilities to make it to the market and contact potential customers.

Kirill Sukhorukov and Nikita Zhidovkin are planning on enrolling in the Master’s degree studies to bring their project to life. Their next step is the participation in the UMNIK contest. And in order to test their project for weak and strong points, the “Smart-Noise” authors have filed an application to take part in the SUSU Engineering Contest (utk.susu.ru). The results will be announced in July.

Join us in Social Media: