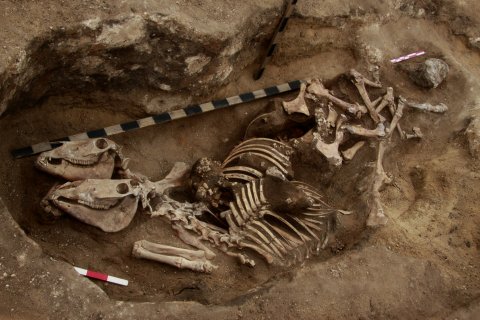 SUSU scientist discovered new facts about the use of horses in the Bronze Age, working with materials from the monuments of Andronovo culture. As part of an international team from Kazakhstan, Russia and the USA, the researcher studied the age of animals found in the ancient mound, as well as changes in the skull, which indicated the use of horses by riders. An article on the result of a multidisciplinary study of horse burial is published in one of the most prestigious journals of the first quartile Journal of Archaeological Science: Reports.

The international team of scientists, which included a senior researcher at the Eurasian Studies Research and Education Centre of South Ural State University, PhD majoring in anthropology Igor Chechushkov, proved that the Andronovites mastered horse riding several centuries earlier than is commonly believed. The researchers made this conclusion when working with the findings of the fifth barrow in the system of the Novoilinovsky-2 burial ground.

The burial ground is located near the city of Lisakovsk in the Kostanay region of the Republic of Kazakhstan. Archaeologist Emma Usmanova from Karaganda State University named after academician E.A. Buketov has been working on it for several decades. About 3.5 thousand years ago, people of the Andronovo culture (the common name for the group of archaeological cultures of the Bronze Age) lived on this territory. A distinctive feature of the ancient people of that period was the development of horse breeding. The animals were used not only for food, but also for harnessing to chariots and riding.

This is confirmed by the remains of horses that were discovered in the burial ground "Novoilinovsky-2". Scientists drew attention to the approximate age of the buried animals: the stallion was about 20 years old, and the mare was about 18. For the "beef" cattle, their lifespan was too long. There were details of ancient bridles near the horses. Thus, scientists established a new hypothesis: animals were sacrificially buried with the person whom they accompanied during their lifetime. 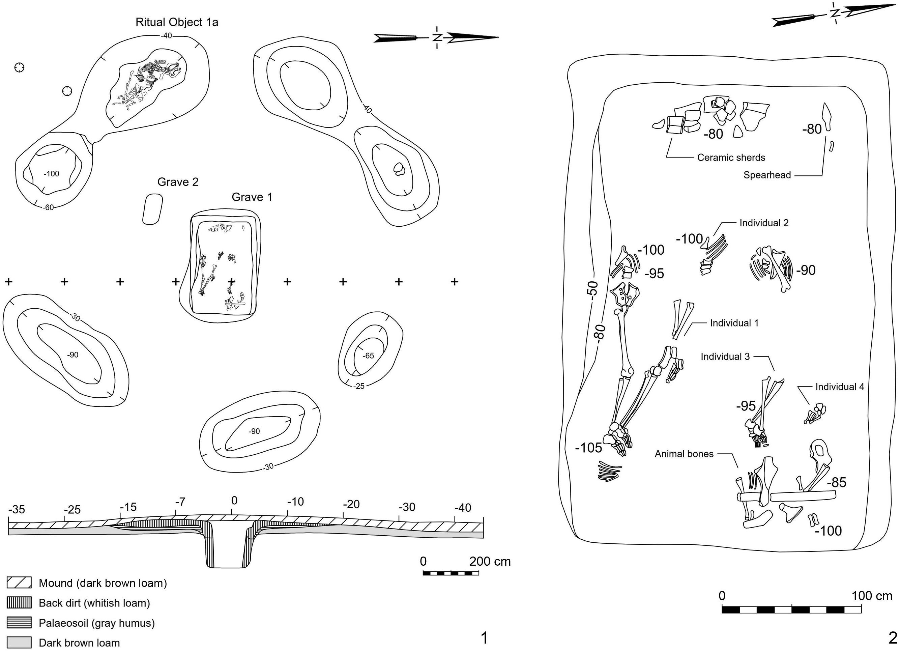 A scientist from SUSU Igor Chechushkov took part in the laboratory and analytical part of the study. He analyzed the burials, radiocarbon dates (the age of the object according to the state of the radioactive isotope with respect to the stable carbon isotopes) of the found artifacts and horse bones.

“We received radiocarbon dates that made it possible to date the complex with an accuracy of several decades. A comparison of these dates with the known ones allowed us to conclude that horsemanship, that is, the use of horses in military affairs, began to be practiced much earlier than many researchers had previously expected. So, the accepted date for the formation of horsemanship is about 900 BC. Our materials suggest that armed horsemen who fought on horseback could have appeared in the Eurasian steppes no later than 1600 BC,” Igor Chechushkov said.

Work at the repository in Kazakhstan was carried out with the participation of the paleozoologist Pavel Kosintsev from the Ural branch of the Russian Academy of Sciences (Yekaterinburg). Igor Chechushkov received radiocarbon dates at the University of Arizona (USA). When the age of the horses became clear, a 3D-modeling of the burial and the remains of animals was needed in order to analyze the pathologies associated with the use of animals in work. Indirect signs indicated changes in turtles associated with the use of bridles for riding. This part of the study was conducted in collaboration with a specialist from the University of Minnesota (USA). Dr. William Taylor from the University of Colorado (USA), one of the leading researchers on the use of horses in the bronze age of Mongolia, showed interest in the work and suggested taking part in the publication of a special study of the Journal of Archaeological Science: Reports. 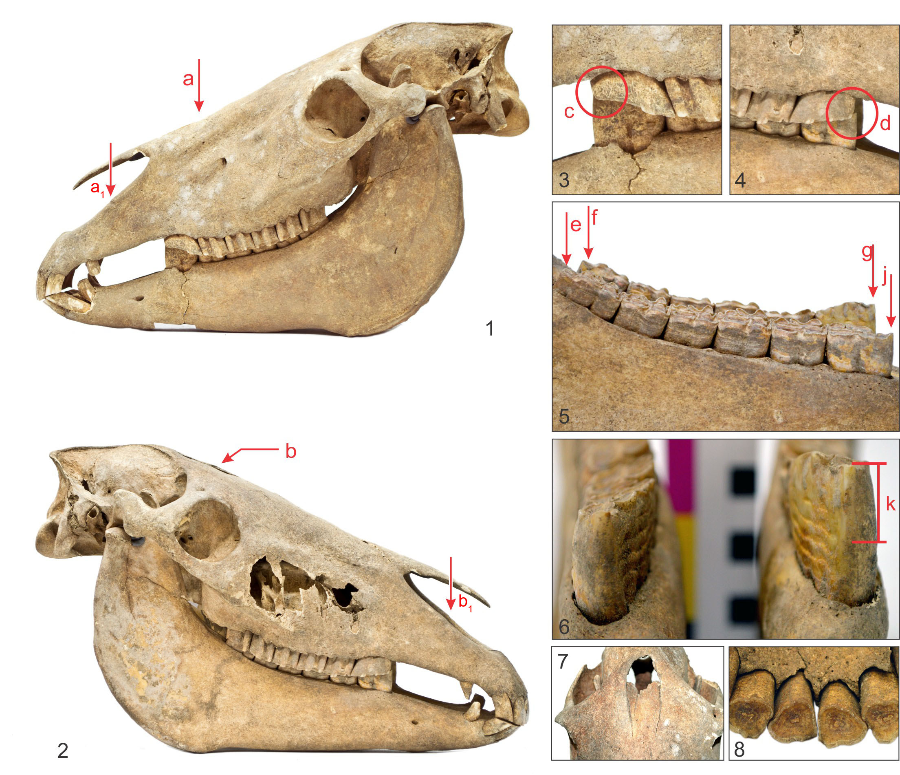 Photo: skull of a stallion found in a barrow

Burial of the “Bronze Age Sheriffs”

The study of an international team of scientists not only broadened the idea of ​​the early stage of using a horse, but also provided understanding of how human society worked.

“It is likely that militarized elite, whose power was based on the physical control of fellow tribesmen and neighbors, in particular, with the help of developed riding and fighting skills, was buried in the Novoilinovsky-2 burial ground. The rider has a significant advantage over the infantryman. There may be another explanation: such elite fulfilled the function of mediating conflicts within the collective, and therefore had the power and high social status. Metaphorically, this kind of elite can be called “Sheriffs of the Bronze Age,” ” Igor Chechushkov explained.

Work at the Novoilinovsky-2 burial ground will be continued. New findings along with a published study can make significant refinements to the early history of horsemanship. Igor Chechushkov added that today the use of domestic horses was confirmed around 2000 BC in Central Eurasia. However, the latest research in the field of animal DNA shows that the question of the time and place of their domestication is far from being resolved.

South Ural State University is a university of digital transformations where innovative research is being conducted on most of the priority areas for the science and technology development. In accordance with the strategies of scientific and technological development of the Russian Federation, the university is focused on the development of large scientific interdisciplinary projects in the field of IT, materials science and ecology. Within the framework of these areas, metallurgy, engineering, energy, safe space of urban infrastructure are being investigated.

SUSU is a participant in the 5-100 Project, intended to increase the competitiveness of Russian universities among the world's leading research and educational centers.

SUSU in the media