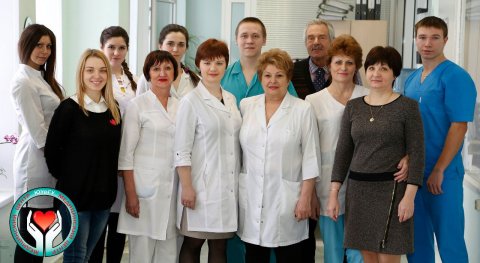 Recently, on the Russian Medical Worker Day we have posted an interview with the Director of the SUSU Medical Centre Olga Veselova, where she admitted that medicine was her calling. So, how did the idea of creating a medical institution at our university arise? Lidia Mikhailova, who has held the post of a chief physician in the Centre for almost all these years, is telling us about it. 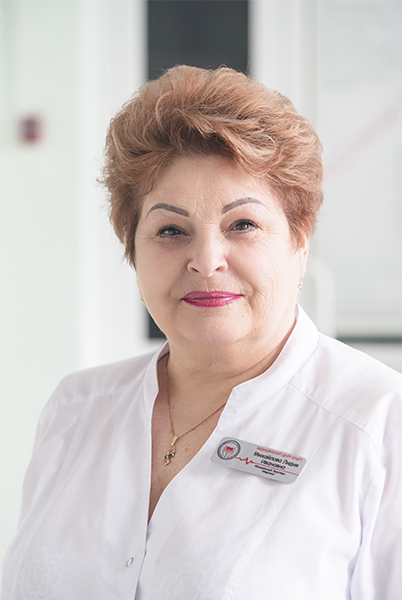 – Please, tell us how the idea to create a Medical Centre in the university arose?

– It was the end of the nineties. I worked in a student hospital. Knowing the nature of my activity, German Vyatkin, the SUSU Rector at that time, suggested creating a medical facility using the free space in the sports complex. My husband, a retired military medic Valerii Belyi, and I agreed with pleasure. We considered different options. We thought to make the Centre a separate institution, but in the end decided that it would be better if it became a part of the university. It was the second medical centre in the Chelyabinsk Region, and the first university medical centre, so I had to break new ground and gain experience in the process.

– How long did it take for it to be opened?

– We got the license in 2000. Before that, we had been repairing and equipping the premises for almost a year, and they were initially assigned to the locker rooms of the pool, so there were no windows there. In addition, the issuance of a license to an autonomous medical centre is a difficult matter with many subtleties, and it was new at that time. Even the licensing commission did not have the necessary experience, and neither did we. We tried as best we could. We simply did not know many of the nuances, but in the end we overcame all difficulties and, finally, on September 15, 2000 we received the long-awaited license and began to treat people. Valerii Belyi became the director; with his military experience and the skills of an organizer, he was engaged in repairing, supplying, and all the household matters. I took the position of a chief physician selecting personnel and organizing the treatment process.

– How did your medical activity begin in the Centre?

– Since my major is vertebro-neurology (that is the treatment of patients with diseases of the spine and peripheral nervous system), we first opened a rehabilitation department of this profile. Massage therapists, rehabilitation therapists, and exercise therapy specialists also worked there. That was a big step forward for the university. It was more profitable and more convenient for employees to go to the medical procedures to us without asking for leave for a long time. 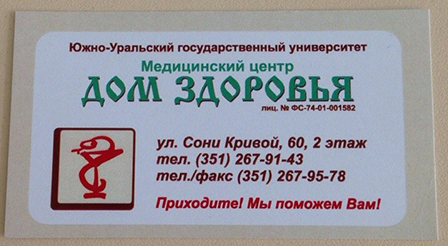 – How has the Centre been developing for all these years?

– We were always supported by German Vyatkin, and by the current SUSU Rector Aleksandr Shestakov. They helped to implement all our ideas. Ten years ago, Aleksandr Shestakov came up with the idea to open a health centre, where people could get first aid. And Valerii Belyi and I thought that in that case we needed to found a full-fledged outpatient clinic department: our long-term experience suggested that it was equivalent to a one-room health centre in all documents, but in reality the difference was huge. We convinced the administration of the university, and in 2010 such a department appeared. Although the location of the classrooms was not suitable for rooms since the windows were from the corridor. We had to reorganize everything. Now if you go to the Centre and you don’t know these facts, then you will never understand what an enormous amount of work has been done there. While the rehabilitation department was working; the second half was being repaired. We had to find a general practitioner. At that time, we had shortage of them since only five such specialists normally graduated from the Medical Academy. But we were lucky, we found a young specialist Olga Veselova, and now she is running the Centre. We built a good treatment room, an ozone therapy room, I even went through the vocational training. The urological and gynaecological departments were opened in the sixth dormitory. Now the university has purchased a very good ultrasound machine for them. We confidently went to our goal, without stopping the treatment process, we tried to do our best for the university's academic and administrative staff. The ability to do occupational health checking is a huge benefit for the university. According to medical orders, a certain group of workers is obliged to systematically undergo preventive examinations. In this field we work closely with the Occupational Safety and Health Department of the university. Moreover, if a person is prescribed a course of droppers or injections in the hospital at the place of residence, but he/she is pressed for time, then he/she can do them here for an acceptable fee. You can go through ultrasound diagnostics, laboratory tests: we take tests and transfer them to the laboratory, which we have an agreement with.

When we first set up an outpatient clinic department, they even came to us from Moscow to see and learn from our experience: they had no such serious medical facility at their university, only student municipal hospitals.

– Tell us please, what team of doctors and employees has developed in the Centre over 20 years?

– There was practically no staff turnover. People have come and stayed for a long time. Of course, significant changes have happened over these 20 years. For example, having gained the experience our young specialists went “free floating”, opened their medical practices, what we are very proud of. Now Valerii Belyi and I have practically retired. But I still can’t leave the Health House, since this is our pet project. Therefore, although Olga Veselova has kept the torch burning, and I devote a lot of time to my family, I still sometimes receive patients. I wish her and all the staff members successful work and friendly patients.