Online Challenge on the Russia Day Has Wrapped up at SUSU 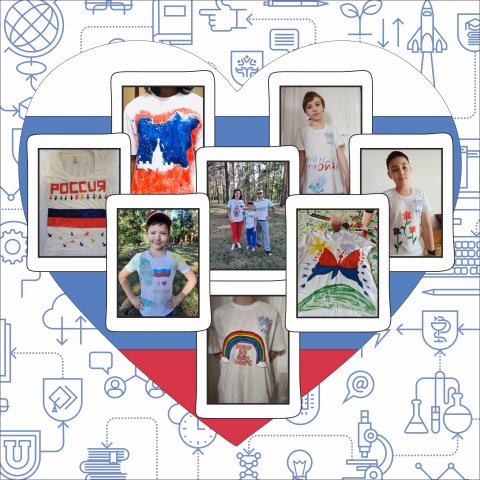 The most active participants of the “SUSU Russia Day” campaign have been marked in the “SUSU Colours of Russia” nomination #КраскиРоссииЮУрГУ, which was launched on June 6th.

The participants, among whom were students, the university's academic and administrative staff and their children, had to design a white T-shirt with a thematic Russia Day pattern, make a photo and send it in as a picture. Everyone coped with the task excellently and was awarded movie tickets. The special mention by the organizers were Murukkuvadur Tarinda Devinda Mendis, a student of the Institute of Linguistics and International Communications, who will be awarded a gift card to a sporting goods store by the SUSU Trade Union Committee; and Svetlana Filipchuk, Director of the SUSU Recreation Centre, was awarded a gift card for a photoshoot for the participation of her family members in the campaign as well.

"We should say that the university always sets and fulfils the tasks on the patriotic education of students. We hold a great number of events, which are devoted to our national memorable dates, and where we raise the issues of patriotic and moral education. It's gratifying that the patriotic education at SUSU is held on a big scale and covers almost all the spheres of life of students, staff members and their children," believes the SUSU Vice-Rector for Student Affairs Vyacheslav Burmatov.