Aleksandr Shestakov: "SUSU Has Changed Thanks To Project 5-100" 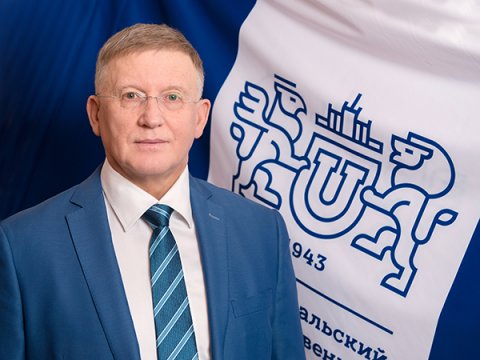 SUSU Rector, Doctor of Sciences (Engineering), Professor Aleksandr Shestakov shares on the achievements of South Ural State University in the fighting for improvement of its international status under Project 5-100.

To what extent did the project affect the quality of education and science at the university? Has the organisational structure changed?

"Project 5-100 has triggered the development of SUSU in the new conditions. Over the four years of participation in this program, the university has changed a lot. And it concerns all aspects. In particular, in terms of the way of carrying out scientific research and improving education. We also changed the organisational structure: 28 faculties were transformed into 10 institutes. This is all due to joining Program 5-100."

In the framework of Project 5-100, universities are evaluated not only on the basis of positions in rankings, but also as per two other groups of indicators: quantitative evaluation and the evaluation by the international council. In your opinion, how correct such a triple division in evaluating the program results is? After all, the rankings themselves already include both quantitative and expert evaluations. Should one be guided only by rankings in further projects of this kind?

"Of course, there should be a quantitative evaluation. In this regard, I prefer the Three University Missions Ranking, which, in addition to publication activity and a number of other positions, also evaluates the impact on the socio-economic development of the region and the country. This is a more complete evaluation. Especially since, by and large, major regional universities either are, or are not the development drivers in their regions.

Of course, the evaluation by the International Council is also important, since its experts are the elite of the leadership of university education. I met with representatives of the International Council, in particular with the Rector of the University of Arizona Michael Crowe, the Rector of the University of Leuven Conrad Debaker, and the Head of the British Medical Research Foundation Malcolm Grant. The communication with them was very interesting and useful in terms of forming a position and understanding the development strategy of the university. In this regard, what is very important is to pay attention to a strategic component, to focus on those challenges that the university must meet while increasing its scientific and educational level and acting as a driver at the same time.

I would like to note that while working on the university development strategy with the members of the SUSU Supervisory Council, we were able to create a promising roadmap that meets the requirements of Program 5-100. The university is developing in accordance with this strategy.

As for rankings, they are, in my opinion, not the main thing. They are an evaluation of the achievements of a university in science, in education, and in the development of its region.

I think that the new ideas of Program 5-100 are very timely and correct. They are based on the interconnection between the development of universities and industry, interaction with industrial partners and evaluation of a university’s contribution to the regional development. The main goals of universities are science, replenishment of scientific knowledge, and training of specialists who will ensure the competitiveness of the enterprises and the economic development of the region."

Under Project 5-100, universities are divided into three groups, depending on which subsidies are distributed. Is this approach acceptable? Perhaps you see other options for sharing the funding between universities? Perhaps it is not worthwhile at all to single out any groups, but finance universities on equal terms?

"I think it makes more sense to distinguish two groups. Of course, we need absolute leaders who will enter the top 100 and top 200 of the best universities in the world. Universities from the second and third groups will probably not be included in these global rankings. But, nevertheless, they are confidently developing and have an impact on the development of the regions in which they are located. I think it would be more reasonable if these universities received equal financing in order to effectively influence regional and sectoral development in the country."

Initially, Project 5-100 guided universities for only three rankings out of more than 20 existing ones. Do you think it is worth expanding the list of ranking agencies for a systematic evaluation of the effectiveness of a national higher education institution? If so, which rankings should be used and why?

"In my opinion, the Three University Missions Ranking along with these three rankings should also become global. It is distinguished by a more objective and broader evaluation of a university, which reflects the role of the university not only in scientometrics, but also, in general, in the society. This is the only ranking that solves this problem.

I think that the RUR Ranking Agency is also very important and useful, because it evaluates other aspects, in particular, the sustainability of a university's development, and the level of engineering education. But other rankings, which evaluate universities from other positions, are also useful. For example, the Webometrics Ranking of World Universities is useful for evaluating a university’s representation in the Internet community."

How can you assess the position of SUSU in the latest version of the Round University Ranking in comparison with other rankings?

"In 2019, SUSU entered the global international ranking of the best universities THE World University Rankings-2020 according to the Times Higher Education authoritative rating agency, and two subject ratings by THE in engineering and physical sciences. The university also maintains its standing in the QS World University Rankings. We are confidently moving forward and up on the ranking list of the Impact Round University Ranking. This evaluation is very important for us. It is another confirmation that we are going in the right direction.

In 2020, Project 5-100 is about to end. And a new competition is ahead, the conditions of which will be announced in the near future. The competition is intended for a four-year period, and South Ural State University, of course, is going to participate in it."