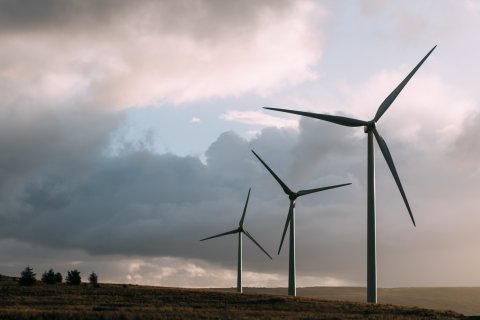 Researchers at SUSU School of Economics and Management have analyzed the use of renewable energy sources for the economies of the G7 countries. The study revealed the relationship between the economic development of regions with a large share of the energy industry in the economic sector and the environmental situation in these countries. The positive impact of the use of renewable resources in the energy industry on the environmental situation was revealed. The results of the study were published in the highly rated journal Science of the Total Environment, indexed in the scientometric databases Scopus and Web of Science.

Economic development is a risk factor for the environment

Andrew Adewale Alola, a senior employee of the Department of Financial Technologies, School of Economics and Management of SUSU, in collaboration with colleagues from Turkey, Cyprus and Norway, conducted a comprehensive study of the relationship between economic growth and environmental issues of countries with a big share of renewable resources in energy industry. This study will allow countries to find a balance between getting economic profit and maintaining a favorable environmental situation.

“Although we see some achievements in reducing carbon dioxide emissions and improving the environmental situation in some European countries, the EU is considered the third largest source of atmosphere pollution in the world, which indicates the need to revise priorities in economic development strategies. Country-specific estimates indicate the negative impact of energy prices on CO2 emissions,” Andrew Adewale Alola says.

The study is important for the development of the possible political and economic strategies of the European Union, because the problems of preserving the environment in many cases cannot be solved by reducing energy production.

“In most cases, macroeconomic determinants are critical to environmental sustainability. Macroeconomic indicators such as fossil fuels, gross domestic product (GDP) and tourism (for tourism destinations) are important components of a viable economy. Thus, studies have shown that diversifying energy, introducing and developing environmentally friendly technologies, and using renewable energy sources should become increasingly important in the countries studied,” the economist explains.

Researchers have identified the devastating environmental effects of fossil fuel consumption among some countries that are still heavily dependent on hydrocarbon energy sources. SUSU scientists recommend these countries to continue energy diversification in order to ensure greater autonomy and reduce the economy’s dependence on one type of energy resource.

Scientists hope to conduct a similar study for Russia, which takes the 5th place in terms of pollutants emissions after China, the USA, the EU and India. This will allow us to determine further strategies for diversifying the economy of our country more accurately.

Ecological research is one of the three strategic areas for the development of scientific and educational activities of South Ural State University along with the digital industry and materials science.