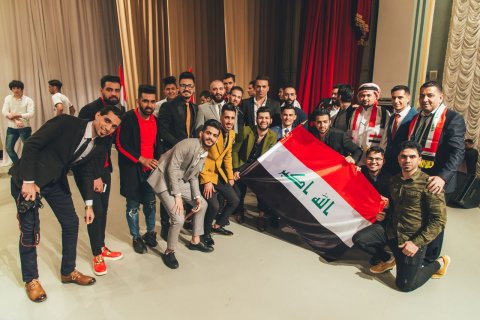 Every year, South Ural State University becomes the centre for celebrating the Arab Culture Day. Arab students introduce the architecture and art of their countries, show presentations with the most famous sights and ancient cities. This year, the students will celebrate the national holiday in a new format.

The Arab Culture Day is one of SUSU's unique events aimed at strengthening international cooperation with representatives of other states. On this day, representatives of eleven Arab countries introduce the audience to the history and traditions of Arab world, and deliver bright creative performances: they perform Arabic songs, dance, and read poetry about their countries.

This holiday traditionally attracts attention of representatives of embassies and consulates of Arab countries. In the previous years, among the honourable guests were: the Ambassador Extraordinary and Plenipotentiary of the Republic of Sudan to the Russian Federation Nadir Yousif Eltayeb Babiker, Ambassador Extraordinary and Plenipotentiary of the Syrian Arab Republic to the Russian Federation Riad Haddad, and Advisor of the Ambassador of the Arab Republic of Egypt Osana El-Sayed Mahmoud Elservi.

In the context of the latest events taking place around world, the South Ural Association of International Students and the SUSU International Office made a decision to speak about Arab countries offline.

"Students from 56 countries study at SUSU, more than 300 students are representatives of Arab states. The Arab Culture Day is already a traditional holiday for the university. Despite the fact that the guys will not be able to do creative performances on the main stage of the university on April 6, we will not miss the chance to present their creative work in another format, that is through social networks. Students of the Association of International Students are creative, and they are launching photo and video projects. Soon, information about the projects will be available in the social networking group of the Association of International Students in vKontakte (https://vk.com/ais_southural) and on Insagram. We also decided that we can't do without a holiday of national cultures: this year a common event will be held for students of all nationalities. There we will talk about different cultures of the world, whose representatives study at our university. The date will be announced in advance," said specialist of the SUSU Department of International Student Support of the International Office Valeria Chachina. 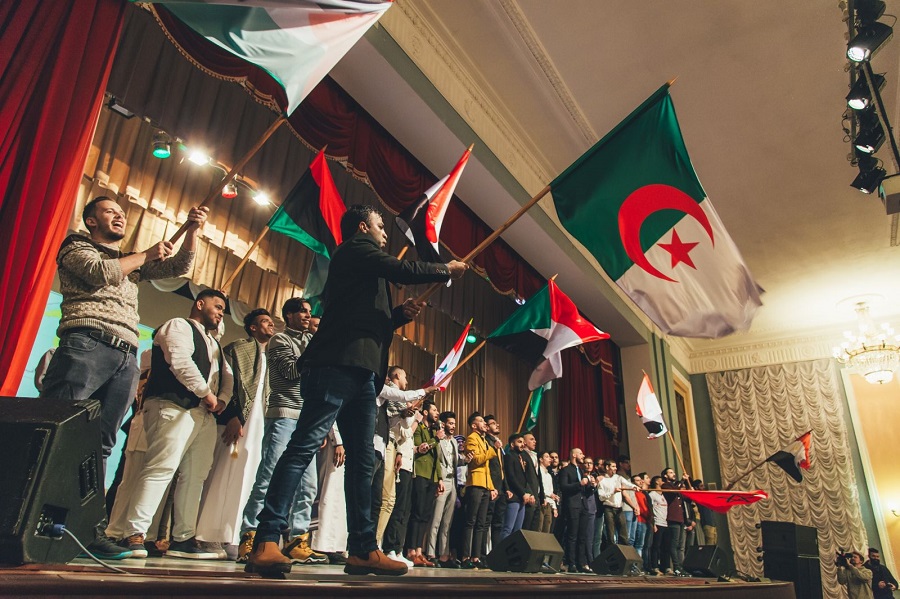 The purpose of such events is to familiarize Russian students and teachers with the culture of different countries, as well as to provide an opportunity for SUSU's international students to represent their nation, country and culture through creative work. Such events are very important for the university with great international potential. They help strengthen international relations and friendship between states.

Cooperation of SUSU with Arab countries is developing dynamically. Now students from Libya, Palestine, Iraq, Jordan, Syria, Morocco, Yemen, Lebanon, Algeria, Egypt and Sudan are studying at the university. Much attention is paid not only to training, but also to the extracurricular life of foreigners: there is every opportunity for the development of creative, sports and organizational abilities.

"I have a lot of friends at SUSU, both Russian and representatives of other nationalities. I get to know everyone thanks to the activities in our Student Council, and the events that are conducted at SUSU. With the Student Council, we try to implement our ideas to help foreigners adapt at the university. On the Arab Culture Day, it is always important for us to show a part of our life that only few people know about. We want the guys from other countries, representatives of other cultures to get to know us better. We’ll try to do this in a new format for us," says SUSU's student from Syria Mulham Shahin.

It should be noted that such events, aimed at creating a space for maintaining international and intercultural communication, are organized regularly by the South Ural Association of International Students and the SUSU International Office.